In Pointe-Noire city, the Republic of the Congo's economic capital, a group of volunteers working as town criers are winning the shouting match against the COVID-19 'infodemic.' 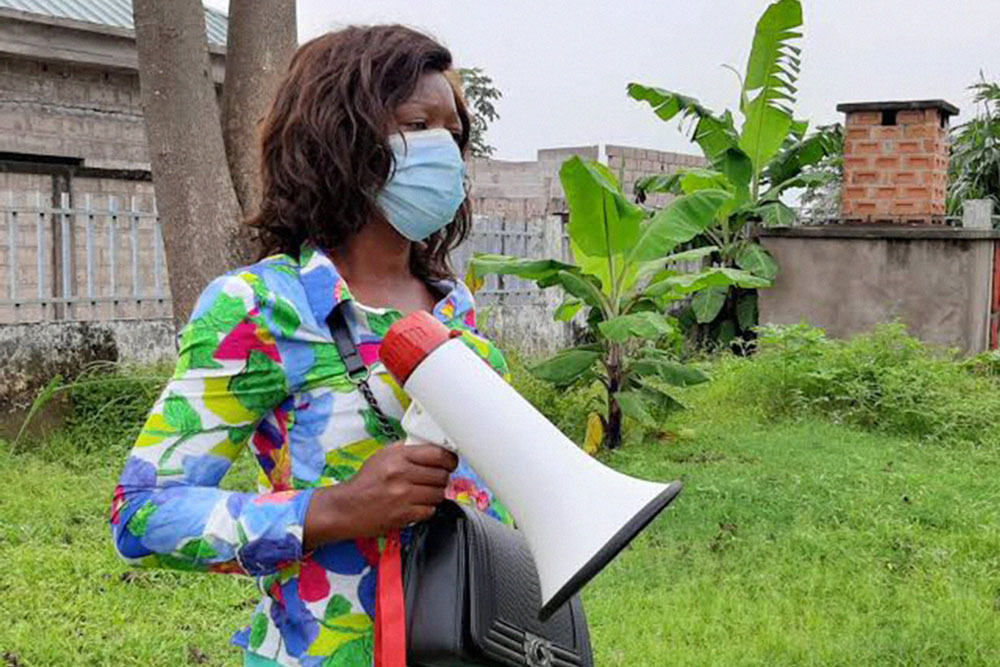 The sun is a baking yolk of yellow, with the temperature at a high of 27°C. Undeterred, and seemingly oblivious to the heat, Armelle Mokoko nonchalantly wades through a small crowd in Grand Marché (the Big Market) in Pointe-Noire, Congo-Brazzaville.

The 32-year-old mother of two is armed with a megaphone and wearing a luminous green jacket, chanting messages urging people to get vaccinated against COVID-19, occasionally brandishing her own vaccination card. She was among the first to get vaccinated when President Denis Sassou-Nguesso launched the national COVID-19 vaccination campaign on 24 April 2021.

"I urge the people of Pointe-Noire in general and in my district, in particular, to go and get vaccinated because vaccination is the safest way to protect us against COVID-19"

Together with her colleagues, she has volunteered to build awareness and confidence in the vaccine. Despite the misinformation circulating about COVID-19 vaccines, Mokoko and her colleagues are winning the shouting match. The number of vaccinated people has risen sharply since the initiative was launched in the city in June.

Following a poor turnout during an initial vaccination campaign, authorities switched to town criers. According to Jean-Claude Etoumbakoundou, Secretary General of Pointe-Noire city, the town criers have played a very important role in accelerating vaccination numbers in the city, which has been the epicentre of the COVID-19 pandemic in Congo-Brazzaville. That increase in vaccinations has also prompted the Congolese government, through the health ministry, to increase the number of vaccination centres around the city.

"The only way to reduce the spread of this virus is through vaccination. The town criers are very important actors in raising local awareness. They have been going around markets, streets and other public places encouraging people to get the jab”, says Etoumbakoundou.

In the city's Lumumba district, Pierre Joachim Gomakick, the mayor administrator says his office is supporting the criers in exercising their functions.

"I urge the people of Pointe-Noire in general and in my district, in particular, to go and get vaccinated because vaccination is the safest way to protect us against COVID-19", he says.

The sensitisation programme has been covering the city of Pointe-Noire and its environs including nearby towns and villages. Residents of adjacent areas of Mvoumvou, Tié-Tié, and Mongo-MPoukou have also been targeted.

Anabelle Miemoukanda and Anselme Moutantou are both community workers who are also part of over 2,000 town criers deployed in the city.

"Our role is to preserve the health and well-being of the people of Congo," says Moutantou. "We make them aware of the real existence of the disease and urge them to get vaccinated against the virus. To capture their interest in our messages, we speak in the local languages which are Lari, Kituba and Lingala."

Gaëlle Massengo, a 37-year-old mother of three says she heard the criers while at home: “I was at home. The crier said that the disease exists, he repeated the messages urging us to get vaccinated and that it was harmless to get the vaccine. In the afternoon I went with my three children to the vaccination centre in La Base. We are now waiting for our second appointment in September."

“This is a good initiative, and we are happy to see young people volunteering to help spread positive messages on COVID-19 vaccination to our communities,” says Jacqueline Lydia Mikolo, Minister for Health, Population, Women’s Promotion and Integration in Development in Congo.

Another person who was swayed by the messages of the town criers is 43-year-old community leader Jean Ngandema: "I had made up my mind that I will not go for vaccination because of the horrible stories I was hearing. But when the criers convinced me there was no reason for alarm, I went to Tié-Tié to obtain my first jab."

Saint Médard Gauhy, the head of the rapid response COVID-19 team, says, “This public awareness strategy has worked like charm despite the difficulties but the government has provided means and we hope to achieve the ultimate goal of having the majority of Congolese population vaccinated."

This is echoed by Ndonggui Kibalou Dany, a supervisor of the vaccination site in Pointe-Noire, who says, "With the criers dispatched in the arteries of the city, the awareness campaign has borne fruit. We have gone from a dipping curve to an increasing curve."

It hasn’t been smooth sailing for the town criers. The prohibition of gatherings as well as physical distancing rules complicates their outreach campaigns. Furthermore, religious leaders carry a high degree of trust and influence within their communities and, with the closures of churches, they can’t rely on religious leaders to share their messages. This means that home visits are the next option, which limits the reach and poses infection risks to them.

"There are places you might go and get verbally abused by those that strongly believe the vaccine is harmful. Of course, we are human, and we get hurt by their words but despite that we carry on. We are getting numb to the insults; we have gotten used to it," says Mokoko.

To demonstrate its commitment towards getting its citizens vaccinated, the Congolese government offers free weekly training to the town criers on public speaking and other communication skills. 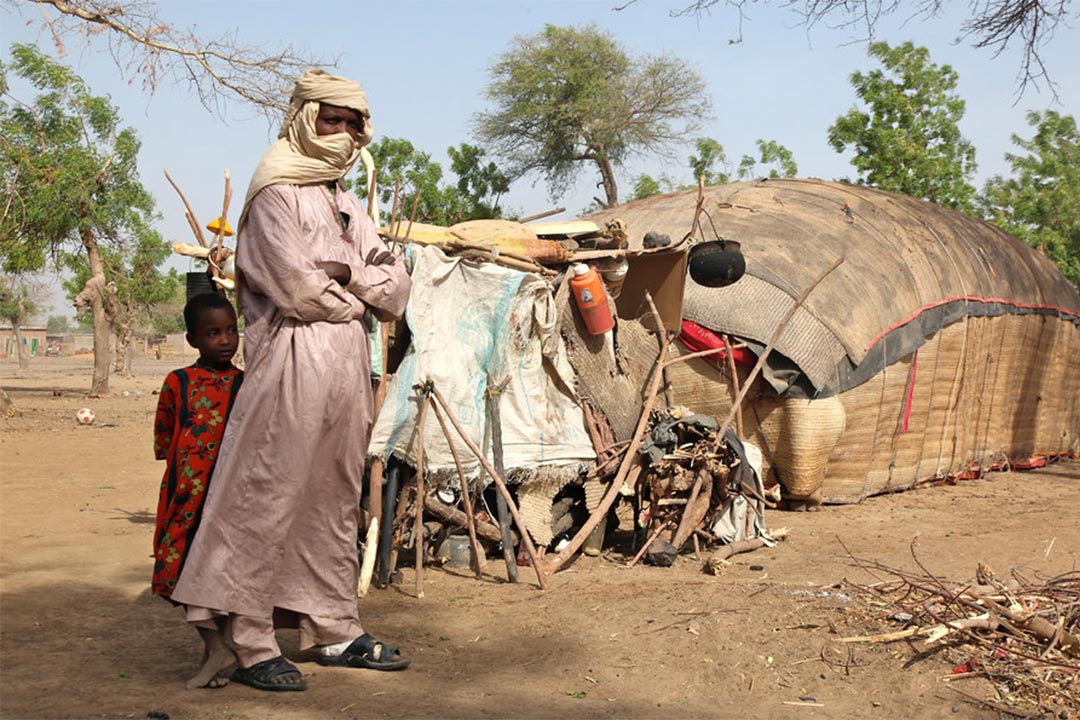 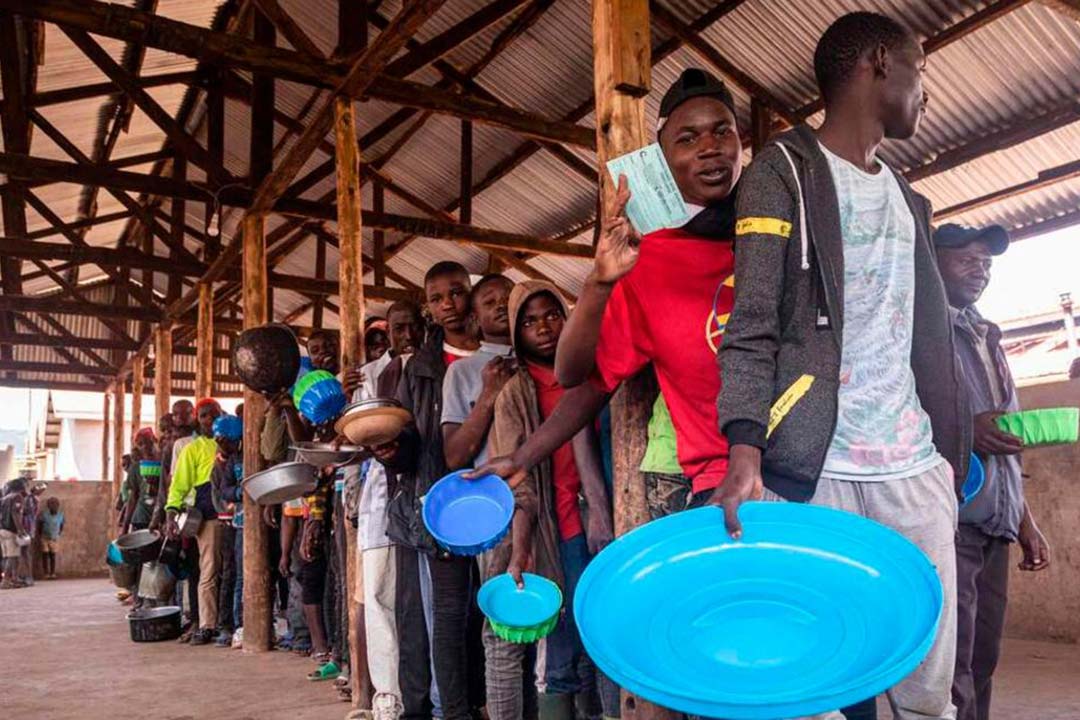 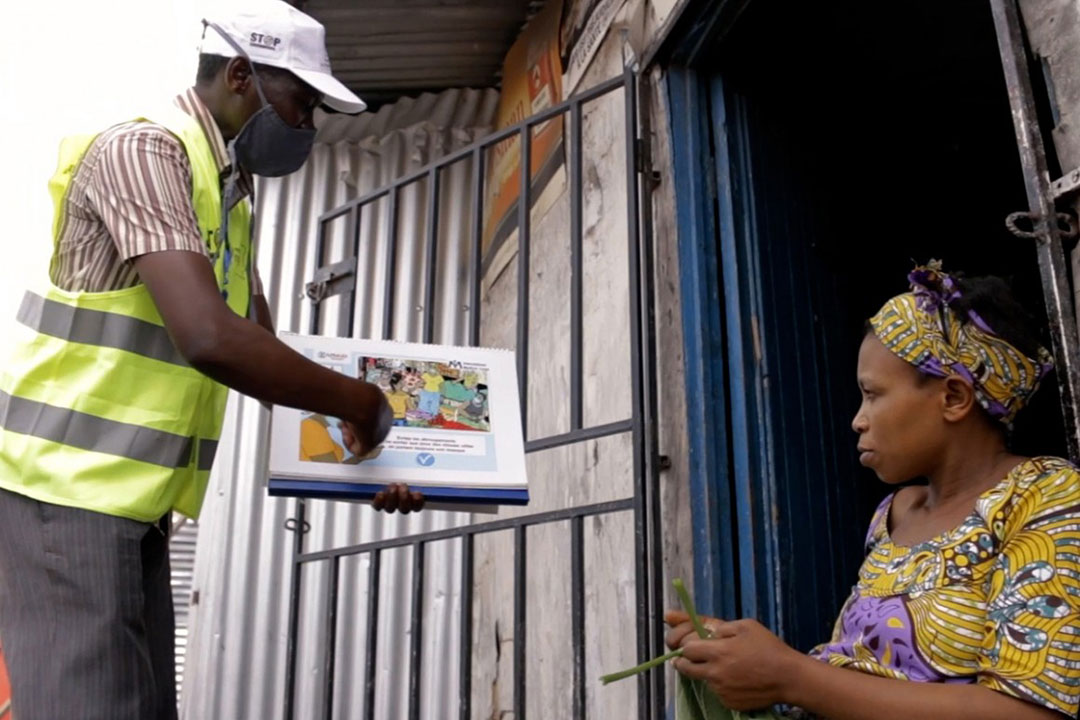