Making a roaring success of immunisation in Indonesia

Around the world, there is a vast network of volunteers working directly with children and their families to support immunisation, alongside official health providers.

These “Lions” – members and leaders of the Lions Clubs International Foundation (LCIF) – play a unique role as a bridge between the community and the government, WHO, UNICEF, civic leaders, clergy, and other partners involved in helping many kinds of vaccines work.

Recently, Lions jumped into action to support one of the world’s largest ever immunisation campaigns in Indonesia, which aims to vaccinate 70 million of children and young people against both measles and rubella. Here Lion Jono Koesmo, the Lions Council Chairperson in Indonesia, and LCIF’s Ben Futransky discuss why their involvement in the campaign is so important.

BF: What does this measles rubella campaign mean to the overall health of Indonesia? What outcome are you aiming for?

JK: It means a lot to Indonesia. As President of Republic of Indonesia Joko Widodo spoke during the launch on the 1st of August 2017 at Yogyakarta, currently only 230,000 Indonesian children between 9 months to 15 years old are protected. That’s only about 0.35 % of all those who need vaccines. Measles and rubella immunisation campaigns this year and next are targeting at least 95% of those children who otherwise would go without. After that, the government will conduct a routine immunisation for babies 9 months, 18 months and 2 years old. With this, the government is hoping that Indonesia will be free of measles and rubella by the year 2020.

BF: What is the greatest challenge for local Lions right now?

JK: To be able to help the government with this MR campaign, in particular by publicising that it’s coming. We’re trying to reach families through social media, websites, radio, video-trons, fliers, seminars, as well as by visiting schools and urging religious leaders and local governments to spread the word. We’re trying to build awareness of the dangers children face if they do not receive these vital vaccines.

BF: Why did Lions decide to focus most on outreach at schools?

JK: Because the schools in Indonesia can reach about 75% of the total population of children aged between 9 months to 15 years old. The other 25 % are children aged 9 months to 6 years old who will be vaccinated at the local clinics, hospitals and community centres. 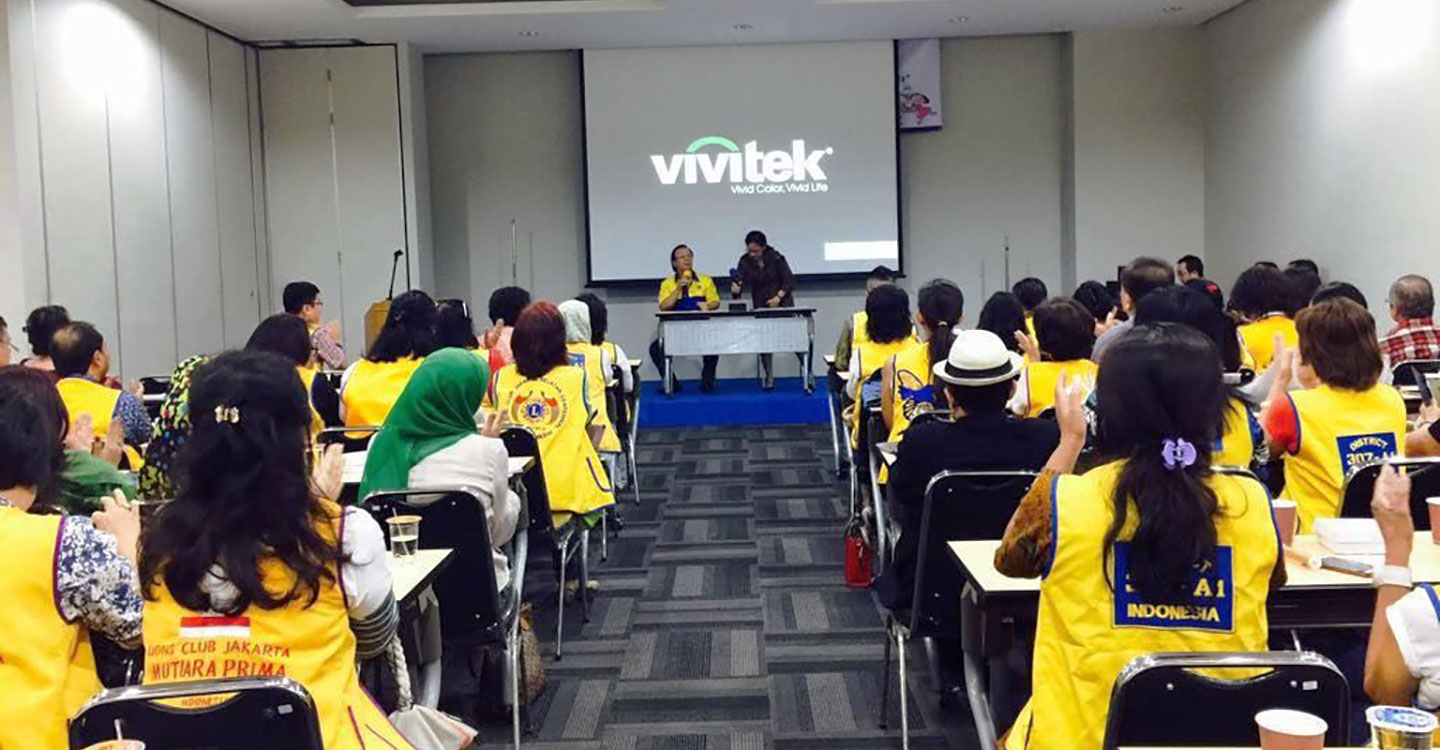 BF: What has surprised you so far?

JK: That there are so many myths and so much incorrect information given to some schools and parents – for example, that immunisation can cause autism, that a child cannot take a vaccine more than once, that the vaccination conflicts with religion and that vaccination is not effective.

BF: Can you tell about a specific person (a Lion, a parent or a child) you have seen who was highly influenced by or excited about this campaign? Has it changed anyone’s feelings about vaccination?

JK: I recently invited Dr. Jane Soepardi, an epidemiologist and Director of Surveillance and Health Quarantine for the Indonesian government, to speak to about 100 Lions here – most are club presidents, zone chairpersons, region chairpersons and members of service committees. They were all amazed about the measles and rubella campaign and concerned about the danger that could follow if it is not successful.

In fact, there is one Lion who made an emotional testimonial, saying that she was infected by rubella and that she had spent so much money to see doctors in Indonesia, Singapore and Australia. She learned that it has no cure and that she has to live with it. Fortunately, despite the risk and dangers of her rubella, her children are healthy.

I am only hoping this measles rubella vaccine campaign will be successful. The Lions in Indonesia, the government, Gavi and LCIF have invested heavily in it to make sure Indonesia is free from measles and rubella in the future. We will do whatever we can to make this world a safer place to live for our children.

Since 2013, Lions Clubs International Foundation (LCIF) and Gavi, the Vaccine Alliance, have partnered in many of the world’s poorest countries to ensure that more children receive measles vaccines to help them thrive through childhood and beyond. LCIF is raising US$30 million to improve access to these vaccines through Gavi and Lions also play a key role in social mobilisation efforts in Gavi-supported vaccination campaigns. Find out more here.