The next pandemic: Chikungunya?

The tiger mosquito that carries the chikungunya virus is now moving into new habitats in Europe and America thanks to climate change. This means the once tropical disease could soon become a global pandemic threat. 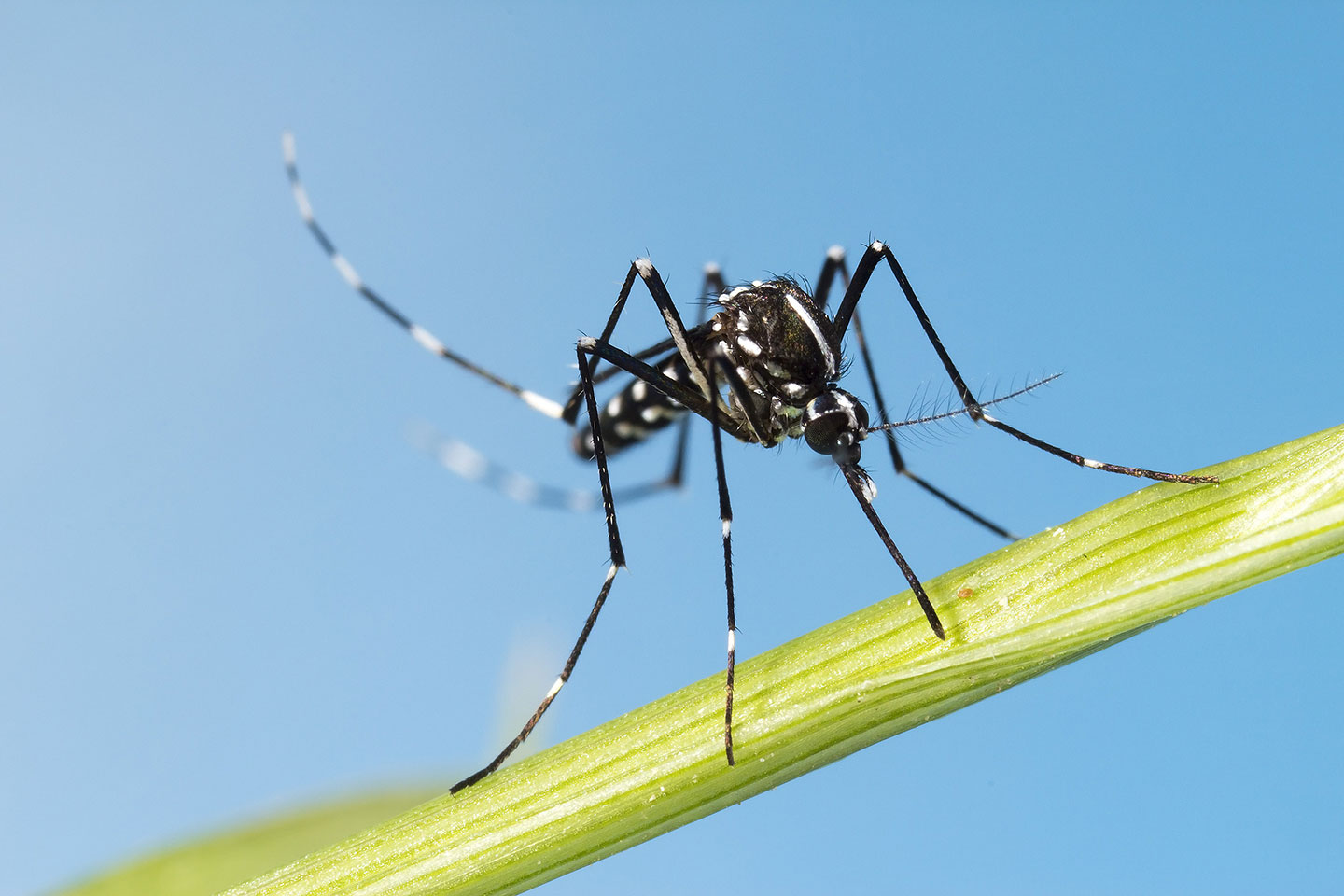 The tiger mosquito that carries the chikungunya virus is now moving into new habitats in Europe and America thanks to climate change. This means the once tropical disease could soon become a global pandemic threat.

August in Italy usually means one thing – vacation time. But in August of 2007, the tiny village of Castiglione Di Cervia in northern Italy was seeing one person after another fall sick with a high fever, muscle ache and exhaustion and excruciating joint pain.

Locals initially blamed immigrants from Asia or Africa for bringing in a tropical illness, but the culprit was actually the ‘tiger mosquito’ named for its distinctive stripes:  the tropical Aedes albopictus mosquito. A warming climate had brought the mosquitoe from its usual tropical habitat into new breeding grounds in Europe. The mosquitoes were becoming more common in southern Europe, reaching as far north as France and Switzerland.

But while these mosquitoes were responsible for spreading this mysterious disease, it still had to originate from somewhere, or someone. In this case patient zero appeared to be an Italian visitor who travelled to Kerala, India and had been infected there. He had brought the chikungunya virus back home; when a local tiger mosquito fed on his blood, it picked up the virus and then began to spread it to other people. Once a mosquito has been infected with chikungunya, it can spread it for the rest of its life, which is on average about a month.

Once the virus had been identified as being mosquito-borne, health officials stopped the epidemic by spraying insecticide and emptying fountains and rainwater collection barrels to prevent the mosquitoes from breeding. By the end of the outbreak, around 200 people had been infected.

Today the deadly combination of climate change and globalisation makes chikungunya (and other mosquito-borne disease) a pandemic threat, as mosquitoes find new habitats and increased travel can mean that people bring new diseases into their country.

Where is it circulating? The disease is regularly seen in Africa (the first epidemic was recorded in Tanzania in 1952) and Asia (especially India). There was an outbreak in Europe in 2007, and in 2013, an outbreak in the Caribbean signalled the first incident of local transmission in the Americas followed by a major outbreak in 2015.

Pandemic threat: Chikungunya has already been a pandemic, albeit one that didn’t affect the Global North. In 2004, a large outbreak in Kenya spilled out into the islands of the Indian Ocean and Asia and led to a pandemic that spanned several years and had more than a million cases. But there is a risk it could become endemic in the Americas and potentially parts of Europe as climate change warms these regions and offers new habitats for mosquitoes. This means there is a growing possibility we could see another pandemic.

How is it spread? Chikungunya is spread by the Aedes aegypti and Aedes albopictus mosquitoes – the same mosquitoes that transmit dengue and Zika virus. When mosquito breeding sites are located close to where people live, the risk of infection goes up significantly. In parts of Africa, other mosquito species have also been implicated in chikungunya transmission. In addition, small animals may act as ‘reservoirs’ of disease where the virus lurks and which are able to trigger further outbreaks later on.

Case fatality rate: Deaths from chikungunya are about one in 1,000 and almost always related to existing health problems, or being a newborn or over 65 years. Although death is less common than in other mosquito-borne diseases, the chronic joint pain and other symptoms associated with chikungunya can persist for months or years.

Incubation period: Illness onset is between 4-8 days after they are first bitten by an infected mosquito, but it can range from 2-12 days.

Symptoms: A chikungunya infection causes fever and debilitating joint pain, as well as muscle pain, joint swelling, headache, nausea, fatigue and rash. The name "chikungunya" is Swahili for "that which bends," referring to the stooped posture associated with the extreme joint pain caused by the virus. Since some of the symptoms overlap with dengue and Zika, chikungunya can be misdiagnosed in areas where these diseases are common.

Diagnosis: Testing involves looking for antibodies that target chikungunya, some of which can persist for about two months. The virus can also be detected in the blood during the first few days of infection and samples collected during the first week of illness should be tested by both antibody tests and reverse transcriptase–polymerase chain reaction (RT–PCR), although these tests may not always be available where the virus is endemic.

Although there are no vaccines yet for chikungunya, there are several candidates being tested. Phase 2 trials of a vaccine called CHIKV VLP (because it uses virus-like particles) tested by the US National Institute of Allergy and Infectious Diseases showed promising results last year, and seemed to be both safe and able to trigger a robust immune response that lasted at least 16 months. Another vaccine called Valneva has entered phase 3 trials  in the USA.

There are no specific treatments but once dengue has been ruled out, anti-inflammatories could be used to treat joint pain.

Research into better diagnostics, therapeutics, vaccines and vector control will be important in preventing future pandemics. And establishing robust surveillance systems to monitor chikungunya circulation will be vital.

The mosquitoes that spread the disease feed mainly during the day, and babies or older people sleeping during the day should use mosquito nets. For others, wearing mosquito repellent and long sleeves and trousers will be important to avoid being bitten. Health authorities will need to work on engaging communities to empty and clean large, open containers of water to stop mosquitoes breeding.

For more on Chikungunya, here is WHO’s fact sheet: https://www.who.int/news-room/fact-sheets/detail/chikungunya