In photos: the first steps towards preventing cervical cancer

With over half a million cases diagnosed worldwide every year, cervical cancer is one of the most common cancers among women, claiming 266,000 lives. But these numbers hide another even more damming fact: cervical cancer is a disease of disparity. Around 85% of women diagnosed and 87% of women who die from cervical cancer live in low or middle-income countries where there is often very limited capacity for screening and treatment.

In such countries, prevention through the human papillomavirus (HPV) vaccine is critical. By supporting the introduction of this vaccine, Gavi and its partners have helped 19 lower income countries take the first steps towards protecting girls against the cause of 70% of all cervical cancers.

Immunising adolescent girls with the HPV vaccine can be a challenge, so countries often begin by conducting “demonstration” projects to understand how to best reach this population group. Once lessons have been learnt, the vaccine can be introduced nationally. Following on from World Cancer Day, we look at some of the lower income countries that have been working hard to take these first steps towards protecting women and girls from cervical cancer.

Bangladesh conducted an HPV vaccine demonstration project from 2015-6. Cervical cancer is the second most fatal cancer for women in the country. Benin, in West Africa, also ran an HPV vaccination demonstration project from 2015-16. The programme represented an important step change in the expansion and strengthening of the national immunisation system. In 2015, Nepal underlined its commitment to reducing cervical cancer rates by starting an HPV vaccine demonstration project within months of suffering a devastating earthquake. Honduras launched the HPV vaccine into its routine immunisation system in 2015, at the same time the country was transitioning away from international support for its immunisation programmes – a real sign of its government’s commitment to vaccination for years to come! Despite the challenges of the Ebola outbreak, Liberia was able to go ahead with its HPV vaccination demonstration project in 2015. The authorities quickly realised that community health centres were the most effective way to find and vaccinate adolescent girls who weren’t attending school. The administration of the HPV vaccine also offers a valuable point of contact with the health system to deliver other life-protecting interventions. Cambodia has just  started its journey to reach adolescent girls with the HPV vaccine, launching a demonstration project in the south east of the country in 2016. Cervical cancer is the most prevalent type of cancer among women aged 15-44 years in Cambodia so the vaccination programme is poised to have a dramatic impact on the battle to save women’s lives. 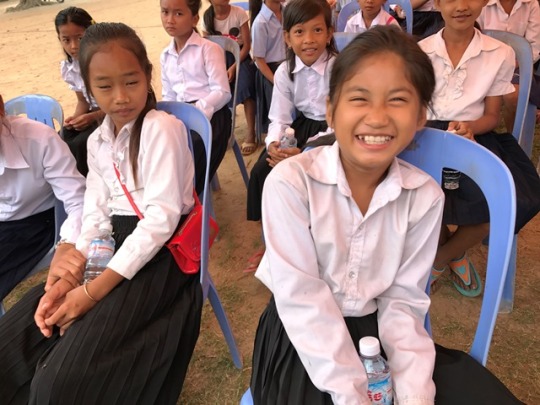