From Alpha to Omicron: Everything you need to know about SARS-CoV-2 variants of concern

All viruses change over time, and SARS-CoV-2 is no exception. Here’s what we know about the current variants circulating globally at the current time. 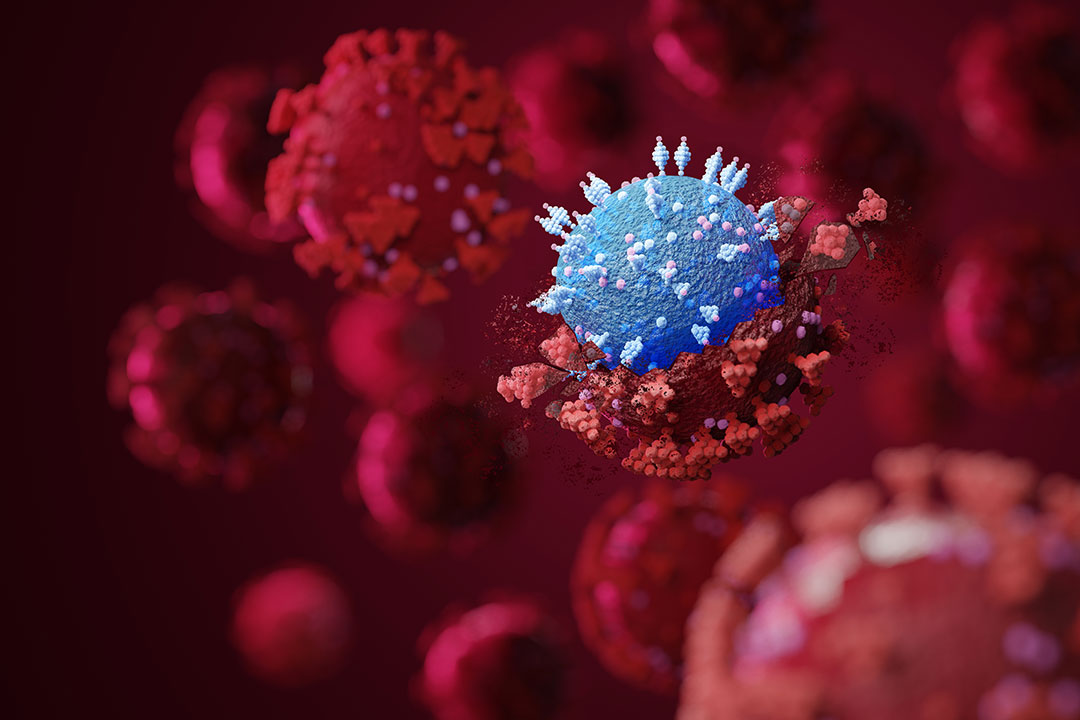 Since the SARS-CoV-2 virus first emerged in Wuhan, China in late 2019, its genetic material has experienced numerous changes, some of which have altered how easily it is transmitted, the severity of disease it causes and the performance of COVID-19 vaccines, diagnostics and treatments against it. These changes, or mutations, occur when a virus replicates or makes copies of itself. A virus that has mutated in this way is referred to as a variant.

It is not yet clear whether Omicron is more easily spread from person to person compared to other variants, or whether infection with it causes more severe disease.

Although some of these changes have no impact on how the virus behaves, others may affect some of its properties such as how easily it is transmitted or its ability to overcome our immune defences. Those changes that are advantageous to the virus tend to spread more, meaning that variants harbouring them gradually replace other circulating variants over time.

If one of these so-called variants possesses genetic markers that are predicted to affect its transmission, how well diagnostics, treatments or vaccines work, or if they appear to be responsible for an increased proportion of cases, it is labelled a “variant of interest”. A “variant of concern” meets these criteria, but also shows evidence of being more contagious, causing more severe disease, or being less susceptible to public health measures, vaccines, diagnostic tests and/or therapeutics.

Although some of the variants of concern that have been identified so far appear able to partially evade the immunity generated by vaccination, current evidence confirms COVID-19 vaccines still help to reduce the spread of COVID-19 and are highly effective at reducing hospitalisation and deaths associated with the disease.

In May 2021, the WHO began assigning variants of interest and variants of concern letters of the Greek alphabet. This was both to make them easier to remember, and to remove the stigma associated with referring to them by the country where they were first detected, which isn’t necessarily reflective of where they first emerged and may disincentivise countries from reporting their existence.

Some of these variants of interest, such as Eta, Iota and Kappa, have since been taken off the WHO’s watchlist, because they are no longer considered a threat. Other letters of the Greek alphabet, such as “Nu” and “Xi”, have not been assigned to a variant. The WHO told Reuters that these letters had been skipped because “Nu” is too easily confused with “new”, and “Xi” is a common last name.

Here’s a round-up of the latest information on the current variants of concern being monitored by the WHO and its international networks of experts:

First detected in the United Kingdom, and designated a variant of concern in December 2020, Alpha has now been verified in 192 locations worldwide (as of 3 December 2021). It contains several key mutations in the spike protein – the key the virus uses to gain entry to human cells – that mark it out from the original Wuhan strain. One is a N501Y mutation, which improves spike protein binding to cellular receptors making the virus more contagious. It also contains a D614G mutation, thought to enhance viral replication and a P681H mutation, the function of which is unclear, but which has emerged spontaneously many times.

Alpha is estimated to be around 50% more transmissible (contagious) than the original Wuhan strain, although there is considerable variation between studies. It is also thought to be associated with increased disease severity, although the data on this is also mixed. Fortunately, COVID-19 vaccines and monoclonal antibody treatments remain highly effective against it.

The WHO is also monitoring the spread of an Alpha variant that contains an additional E484K mutation, which may help the virus to slip past the body’s immune defences by evading neutralising antibodies generated through vaccination or previous infection.

The Beta variant was first detected in South Africa and was also designated a variant of concern in December 2020. Since then it has been verified in 139 locations worldwide (as of 3 December 2021), although there is some evidence that its global prevalence may be decreasing as the Delta variant takes over. In addition to three of the mutations observed in the Alpha (or Alpha plus) variant (E484K, N501Y, and D614G), Beta contains a K417N mutation, which may help the virus avoid neutralising antibodies generated through vaccination or previous infection.

It is thought to be around 50% more transmissible than previous variants, but there’s little evidence that Beta is associated with more severe disease. The main concern is reduced neutralisation by antibodies generated through vaccination or as a result of previous infection, which could mean that people who have already recovered from COVID-19 are at greater risk of being reinfected or that vaccines may be less effective against it. Even so, recent real-world data from Canada suggested one dose of the Oxford/AstraZeneca vaccine was 82% effective against hospitalisation or death caused by either the Beta or Gamma variants. And two doses of several widely-used vaccines, such as the Pfizer/BioNTech and Moderna vaccines, appear to offer strong protection against it.

Designated a variant of concern in January, 2021, Gamma was first detected in Brazil, but has now been verified in 98/239 locations worldwide (as of 3 December, 2021). Like some other variants of concern, it contains E484K, N501Y, and D614G mutations. It also contains a K417T mutation – associated with increased binding to human cells, which may make it easier for the virus to spread – and an H655Y mutation, the function of which is unknown.

According to a study recently published in Science, the Gamma variant may be 1.7 to 2.4 times more transmissible than non-variants of concern, while people who have recovered from COVID-19 are afforded only 54 to 79% of the protection against reinfection with the Gamma variant, compared to other variants. The good news is that existing COVID-19 vaccines seem to work well against it.

The Delta variant was first detected in India in May 2021 and has now been verified in 176 locations worldwide, rapidly overtaking existing variants to become the dominant variant in many countries. Delta contains the D614G mutation, plus many additional ones not seen in other variants of concern. These include an L452R mutation, which is thought to increase infectivity, and may help the virus to evade destruction by immune cells; a T478K mutation, thought to help it avoid recognition by the immune system; and a P681R mutation, which is associated with an enhanced ability to trigger severe disease. There have also been reports of a ‘Delta plus’ variant, which was first identified in Nepal and carries an additional K417N mutation.

The Delta variant is estimated to be 40-60% more transmissible than the Alpha variant, and roughly twice as transmissible as the original Wuhan strain of SARS-CoV-2. Data from Scotland, suggested it was associated with roughly double the risk of hospitalisation compared with Alpha. Although data suggests vaccines are slightly less effective against preventing infection with the Delta variant – particularly among those who were vaccinated longest ago – they remain strongly protective against severe disease.

Omicron was rapidly identified in numerous countries in November, 2021, after South African scientists alerted the WHO to a sudden increase in COVID-19 cases in Gauteng province, coinciding with the variant’s detection. The first known confirmed Omicron infection was from a specimen collected on 9 November 2021. As of 3 December 2021, it had been verified at 22 locations worldwide, including parts of North and South America, Europe, Africa, Asia and Australia. Omicron has a large number of mutations, some of which are concerning. These include N501Y, D614G, K417N and T478K mutations, which are also found in other variants of concern, plus many others which have not yet been characterised.

Preliminary evidence from epidemiologists in South Africa suggests an increased risk of reinfection with Omicron, compared to other variants of concern. The nature of the mutations has also prompted concerns that it could be partially resistant to existing COVID-19 vaccines, although tests to assess this are ongoing. It is not yet clear whether Omicron is more easily spread from person to person compared to other variants, or whether infection with it causes more severe disease. There is currently no information to suggest that symptoms associated with Omicron are different from those from other variants, the WHO said. More information is likely to emerge in the coming days and weeks.