'Like being hit with a cricket bat’: A doctor’s battle with long COVID

Dr Paul Garner, a British infectious disease expert at the UK’s Liverpool School of Tropical Medicine caught COVID-19 early in 2020, and then developed Long COVID. Here, he talks frankly with Gavi about his experiences, how he recovered and how we could re-think the way we approach the condition. 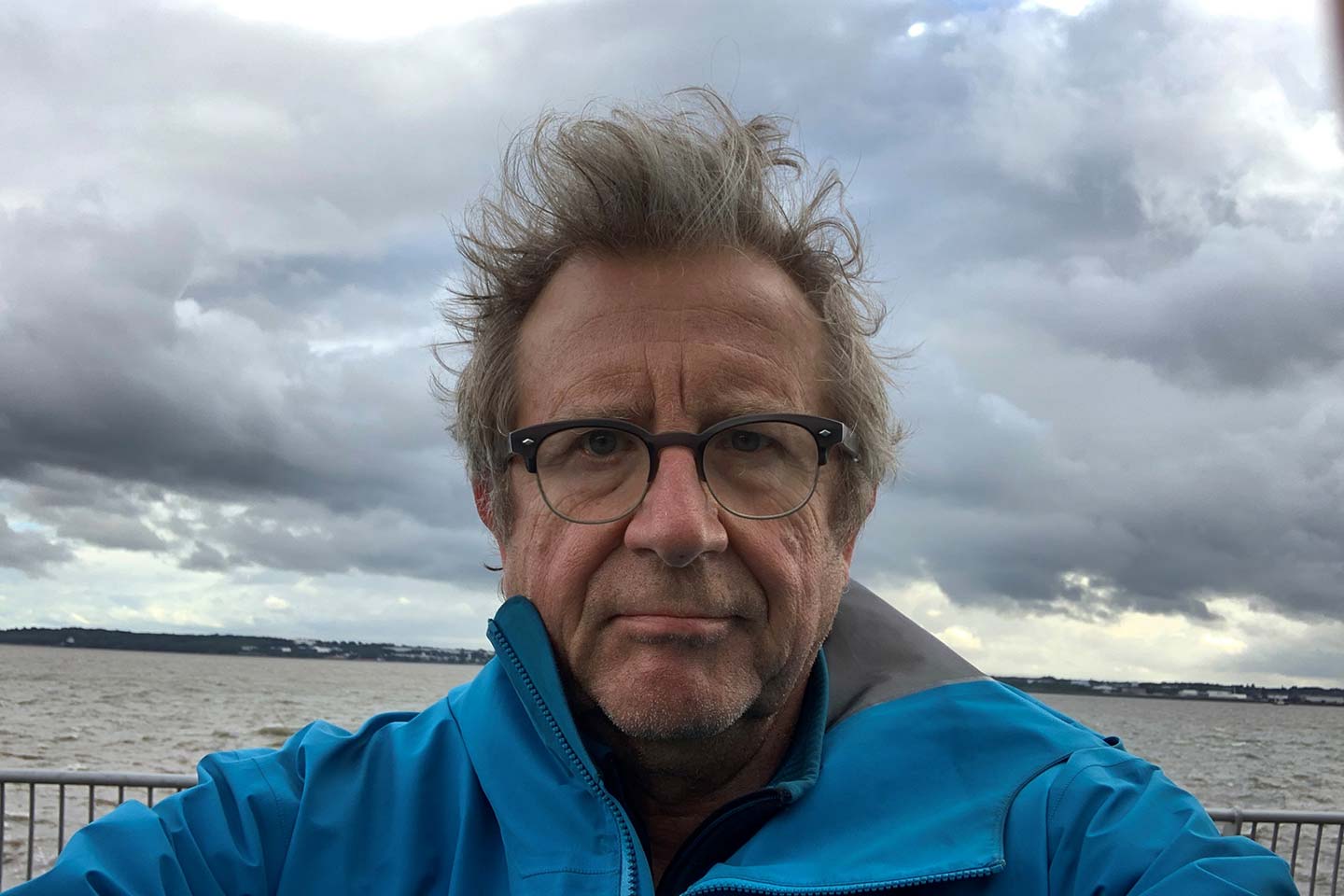 Dr Paul Garner was part of the original team that set up the Cochrane Collaboration to synthesise evidence to inform health decision-making. After falling sick with COVID-19 in March 2020, he developed long COVID, which can mean extreme fatigue, brain fog, dizziness, shortness of breath, joint pain and skin rashes, among other things, long after the virus has left their body. Dr Garner chronicled his illness in a series of blogs in the British Medical Journal. In a recent blog, he talked about how changing the way he thought – reprogramming his mind – helped him recover from long COVID, which drew considerable backlash from activists and some long COVID lobby groups. Here he talks about his experience over the past year, and what he thinks needs to change in the way long COVID is managed.

I think early on, people need help to avoid relapsing, because the crashes are so severe they'll need some guidance about not overdoing it, and pacing is central to this.

You’ve had long COVID for a while now, how did your symptoms start?

In March 2020, I was super fit and enjoying spring running. I started to feel strange and decided to self-isolate as news of COVID-19 was starting to circulate. Then I felt absolutely dreadful, sweaty, dizzy, and I passed out. I thought I was dying. It was very intense fatigue. Then I would feel better and the illness would come out of nowhere and floor me. It was like being hit over the head with a cricket bat. After several relapses like this, I tried getting medical help online, but all the advice out there was inconsistent and difficult to read. I did get help on managing fatigue in these early months from some charities, including the ME (mylagic encephalitis) association and the British Association for Chronic Fatigue Syndrome/ME.

But nobody told me that the serious lack of energy you have is not just physical energy, it’s emotional and mental energy too. As time went on, I got obsessed by the highs and lows of long COVID. I thought, are these attacks random? I ate a lot of cake one day, and then the next day I crashed. And I thought oh my god, I'm allergic to sugar.

Some of the ME/CFS (Chronic Fatigue Syndrome) leaflets were telling me not to get my heart rate too high either, that this would cause a crash. When I went on a bike ride one day and my heart rate went above 110, I got completely frightened that I’d be ill the next day. If you expect things to happen then they do. I had charts and spreadsheets tracking all my activity and how much time I was on the computer and so on. People with long COVID sometimes get completely obsessed by what’s happening and think it is simply a biomedical illness, but it’s more complicated than that.

When you first got sick, did you see a doctor?

I did speak to a GP by phone early on. A bit later on I had calf pain, and they were worried that I had deep vein thrombosis, but I didn’t. I did see a consultant as people told me I needed lots of cardiac tests. He reassured me, and somehow we then turned to talking about carrot juice and ginger for breakfast, and the tests got forgotten. At the time I didn’t realise it but this was a clever therapeutic intervention to take me away from believing I was ill with a COVID-19 heart condition.

You are a coordinating editor of the Cochrane Reviews that collect evidence to inform healthcare decisions, did you find anything useful there?

No, not really, but also I was still so sick that I couldn't actually read long documents at that stage. The Cochrane review of exercise treatment for chronic fatigue is very well done and it was useful to me later in the illness, although early on when I was still feverish I needed to rest. I was following the Facebook pages and I was really irritated by some of the stuff I saw on it - there was one post saying that ivermectin and tetracycline was a cure for long COVID, it may even have been from a doctor. And I replied “please hold on to your critical appraisal skills”. Ivermectin doesn't work unless it's 100 times the dose they suggested, and tetracycline is an antibiotic, and COVID-19 is a virus.

A recent BMJ blog you wrote got a lot of attention because you talked about ‘re-programming’ your mind in a bid to get through long COVID. Can you talk about that?

The person who helped me was a recovered ME/CFS patient who asked me early on if I believed that I could modify the symptoms I was experiencing with my mind. I do believe this. It’s important that you can understand that your brain and your body work together, we separate them too much. As we spoke on the phone for 30 minutes, I was having trouble speaking because of brain fog. I told her that always happened; she guided me through a standard relaxation exercise for a few minutes. That was the last time I had brain fog and trouble speaking. It was extraordinary.

Later, she asked what I most feared. I said payback and relapse from exercise, which was making me sad as I love exercise. So she suggested we both went for (separate) bike rides, and left the video call running then meeting back at the computer. She would help me deal with any side effects from the cycle ride. I went out on my bike, a gentle 20 minutes, and I was just overjoyed. I was suddenly out doing what I love which I'd stopped myself doing because of all this fear and there was absolutely no kickback. Then I used graded exercise therapy, which is often recommended for chronic fatigue. I started with 20 minutes a day for a week, then up to 30 minutes in the second week. After two weeks, I was back at my military fitness class in the park. But graded exercise doesn’t have to be extreme - it needs to suit the person. It could just be going for a walk. The idea is to not overdo it as it stops people like me incrementing too quicklybut allows you to slowly increase to whatever is ‘normal’ for you.

You’re an infectious disease expert, so what is your thinking about using your mind to heal your body?

In terms of the pathology, your body has an autonomic nervous system that is a very basic system to protect you from harm. It's the system that means you automatically pull your hand away if you touch something hot-then after you feel pain. And I honestly think that a lot of the chronic fatigue and ME in post-viral syndromes is to do with these systems becoming disordered. So in evolution, fatigue might be your body shutting you down when you are unwell to stop you using energy so your body could recover. But it just gets distorted somewhere in the disease process and faulty neural pathways set up these “false fatigue alarms”. And then you expect them, your unconscious learns triggers for these false alarms.

So what do we know about what's going on in the body with long COVID. A PCR test usually shows up as negative so people don't have the virus anymore.

So it is very, very simple. People with long COVID fatigue have a post-viral fatigue syndrome. There might be some damage to the lungs or residual damage to different organs for some people, and the emerging research will show this. But when you talk to people that run chronic fatigue clinics for other post viral conditions, they say, you know, 5 - 15% of people with ME/CFS have other damage that needs to be investigated and managed. But most of them have post-viral fatigue syndrome.

When you’ve written about this, what has the response been?

It’s not been an easy journey and I’ve had the most horrendous backlash. There’s an ME dogma that anything to do with the mind-body connection should be rejected, anything to do with exercise therapy should be rejected. The ME community had recognised what I had before I did, and they could see that long COVID is effectively chronic fatigue syndrome/ME for many people. But some of the long COVID doctors forums are saying I am being irresponsible writing up my recovery story. I’ve even had colleagues that I've gotten to know through long COVID telling me I should withdraw my BMJ blog and that it was going to harm people. What is interesting is that doctors with long experience in treating and researching post viral syndromes have been in touch, saying how much common sense I had written.

What would you like to see in terms of guidance being offered to people who've got long COVID now?

I think early on, people need help to avoid relapsing, because the crashes are so severe they'll need some guidance about not overdoing it, and pacing is central to this. But they need to know that largely the illness is not necessarily a result of organ damage, which is what everybody believes. And the explanation around disordered homeostasis in the brain makes complete sense, it explains postural orthostatic tachycardia syndrome (POTS), a blood circulation disorder, the skin rashes, the brain fog, it explains all of these things. I think people need hope, and to avoid catastrophic thought. It’s so important to read recovery stories, like the ones on a website called Recovery Norway, about people who have recovered from ME/CFS. In the media, the dominant narrative on long COVID is from biologists and immunologist, but nobody is interviewing chronic fatigue physicians, and more rational, clear-headed discussion that takes into account people’s lived experiences is what we need more of.