News from the lab
Cross-postsTuberculosisVaccine development

Clinical trials of an mRNA vaccine for TB are set to begin this year. TB kills around 1.5 million people a year, mostly in developing countries. Research funding remains a major obstacle to progress. 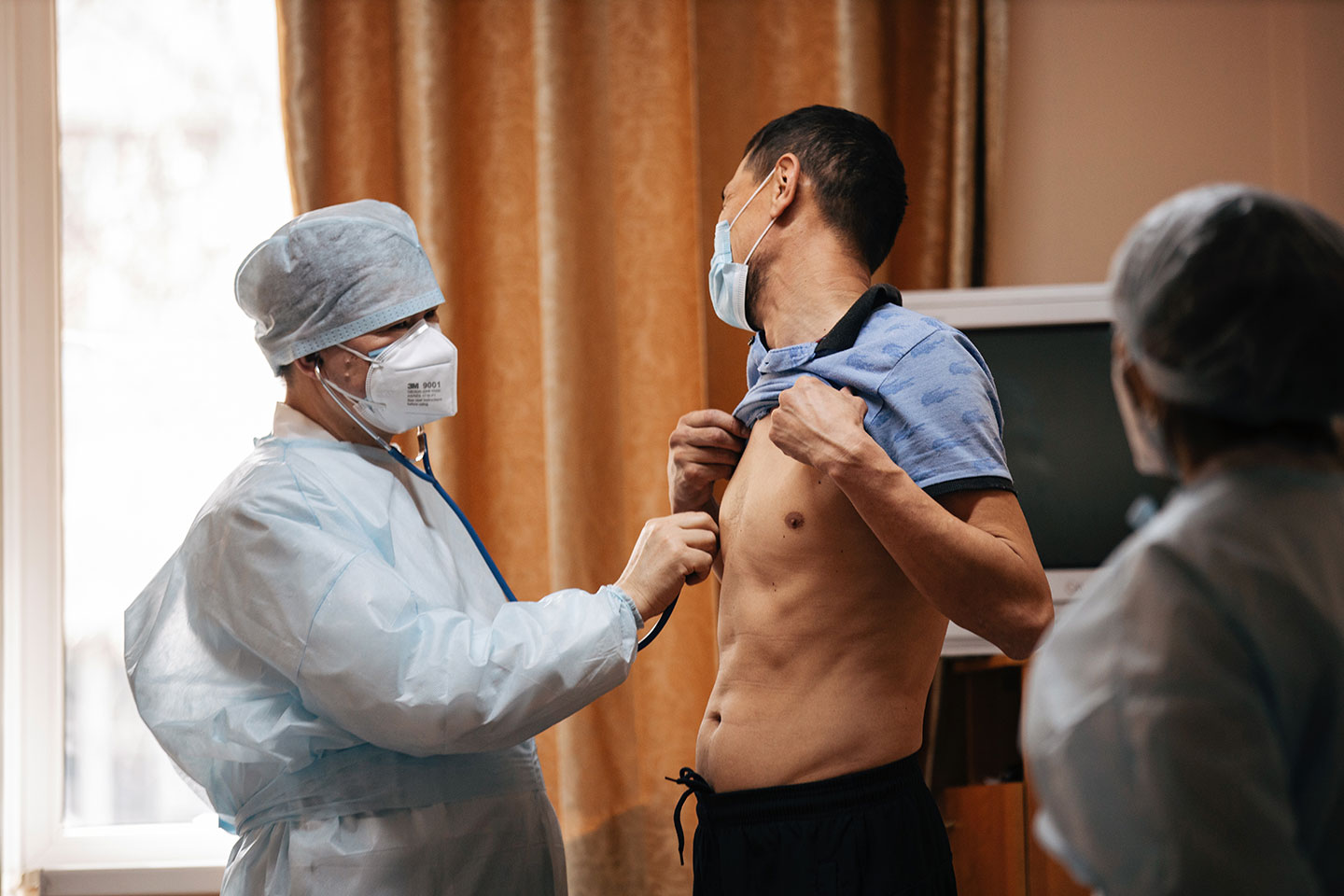 Dr. Adenov, Kazakhstan's director of the National TB Program, with a patient. Researchers are pushing to capitalise on the success of mRNA technology against COVID-19 and are aiming to develop an mRNA vaccine to be used against TB. Copyright: USAID Central Asia, (CC BY-ND 2.0)

A successful mRNA vaccine for tuberculosis could be rapidly developed and save more than 1 million lives every year, say hopeful global health advocates.

Researchers are pushing to capitalise on the success of mRNA technology against COVID-19 by exploring whether the platform could be effective against tuberculosis, the world’s second most deadly infectious disease.

TB is a disease of poverty, but it is curable and preventable. Caused by the bacteria Mycobacterium tuberculosis, TB spreads from person to person through the air. TB bacteria can live for longer in rooms with no fresh air or sunlight, and poor living conditions and overcrowding increase the risk of becoming infected.

“The mRNA technology has progressed over the years and actually leap-frogged during the COVID-19 pandemic. It is the right time now to use mRNA technology for developing a new and effective vaccine for TB.”

The disease primarily affects people in developing countries, and there were an estimated 10 million new TB cases and 1.5 million deaths in 2020, according to the World Health Organization. Eight countries accounted for two-thirds of total TB cases, including India, China, Indonesia, Nigeria and South Africa.

The only licenced TB vaccine, Bacillus Calmette–Guérin (BCG), is a century old. It is a live attenuated vaccine – a living but weakened version of the disease-causing organism is used – that protects young children, but provides inconsistent protection for adults and adolescents.

Scientists are pushing for greater funding and political commitment to back the research and development needed to create an effective mRNA TB vaccine.

The “unprecedented speed” by which COVID-19 vaccines were developed, licensed and introduced provides an example for tuberculosis vaccine research and development, members of the Tuberculosis Vaccine Roadmap Stakeholder Group said in a February review in The Lancet Infectious Diseases.

“New platforms have been successfully deployed that might have useful applications for tuberculosis, in particular the mRNA technology,” the group said.

Exploration of mRNA technology for TB is not new. A 2004 study by researchers in the United Kingdom showed that an mRNA vaccine had “modest but significant protection” against Mycobacterium tuberculosis for mice.

In July, the German biotechnology company BioNTech announced that clinical trials of its mRNA vaccine for TB, developed with the Bill & Melinda Gates Foundation, will begin in 2022. BioNTech’s clinical trials will begin “just about two years after the programme was initiated”, according to the pharmaceutical developer.

Suvanand Sahu is the deputy executive director of the Stop TB Partnership, which has more than 2,000 partner organisations including governments, international organisations and patient groups. Sahu, a medical doctor and public health specialist with more than 18 years’ experience in TB, said other groups around the world were also working on mRNA vaccines against the disease.

He tells SciDev.Net that the scientific teams that developed the mRNA vaccines for COVID-19 are best placed to rapidly repurpose the technology for a TB vaccine.

The BCG vaccine was introduced in 1921 and, as yet, no other vaccine against tuberculosis has been licenced. “BCG is 100 years old and reliably protects only against severe forms of childhood TB,” Sahu tells SciDev.Net. “Clearly, [it is] not the tool that will interrupt TB transmission and help end TB.”

The importance of leveraging mRNA platforms for accelerated vaccine development has become “self-evident”, the Global Forum on TB Vaccines, held virtually in April 2021, heard. BioNTech’s Mustafa Diken told the forum how the mRNA vaccine technology used for COVID-19 could be tailored to fight TB.

As of October 2021, there were more than a dozen candidate vaccines undergoing clinical trials, according to the Tuberculosis Vaccine Initiatives pipeline tracker, including five that are in phase III trials. None of the current candidates use the mRNA platform. 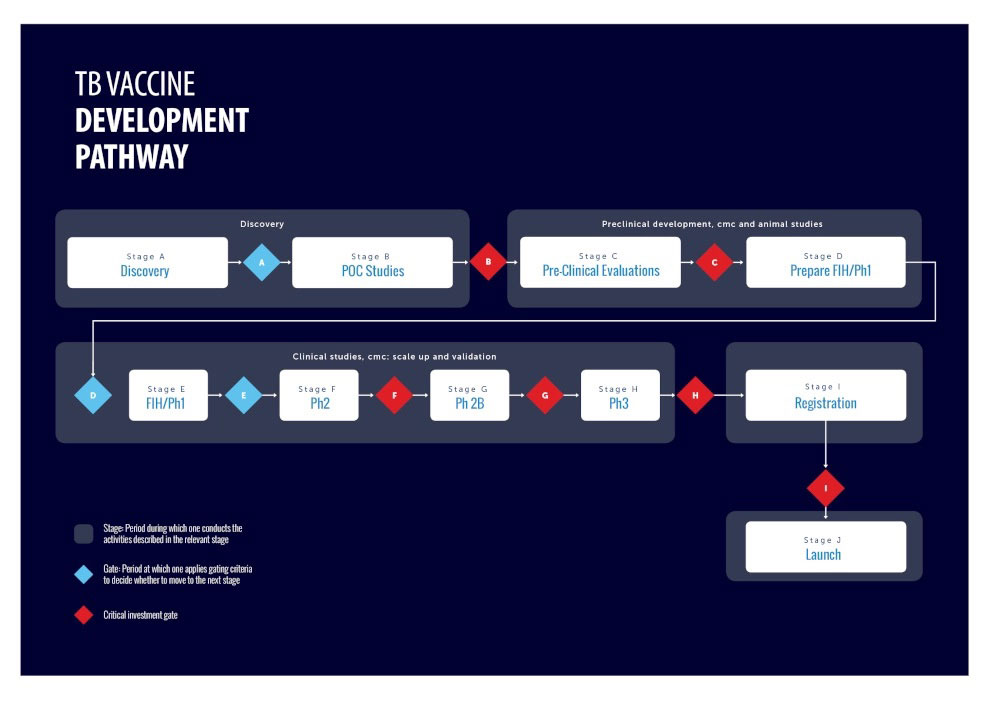 Patrick Tippoo, executive director of the South Africa-based African Vaccine Manufacturing Initiative, tells SciDev.Net that it is theoretically possible to develop an mRNA vaccine to prevent tuberculosis. But, he says, in practice it will depend on whether scientists can identify the most appropriate vaccine antigen targets. “The correct vaccine targets need to be identified and this has been elusive to date,” Tippoo says.

“We strongly believe that the mRNA technology can be used for developing a TB vaccine,” says Sahu, who was part of the group that launched India’s polio eradication initiative in 1997.

He says that the 2004 mRNA vaccine trialled on mice did not progress to human trials due to lack of funding and a perception that “getting an mRNA vaccine will be too difficult”. However, Sahu says, “the mRNA technology has progressed over the years and actually leap-frogged during the COVID-19 pandemic. It is the right time now to use mRNA technology for developing a new and effective vaccine for TB.”

Multidrug-resistant TB is a growing public health crisis and a global health security threat, increasing the urgent need for a safe and effective vaccine. With a sharper focus on the disease and speedier vaccine development times, TB advocates are calling for greater financial support to take on this killer disease.

Mel Spigelman, president and chief executive officer of the US and South Africa-based Global Alliance for TB Drug Development, says: “Tremendous scientific advances in TB testing, treatment, and prevention are possible. [However], the limiting factor to date has been a profound scarcity of research funding.”

TB advocates want to begin conversations about funding, access and affordability to avoid the inequality that has plagued the roll-out of COVID-19 vaccines. With the possibility of an mRNA vaccine for TB, issues relating to patents and vaccine-production capacity in developing countries become prominent.

Sarah Fortune, however, wants to keep the focus squarely on research and development for the time being. “While I understand the urge to worry about whether a vaccine will be affordable…I think this diverts focus from the more immediate problem, which is whether a protective vaccine for TB is biologically possible,” says Fortune, professor and chair of the department of immunology and infectious diseases at Harvard TH Chan School of Public Health in Boston.

“We want everyone to lean into this problem because we fundamentally do not know how to build a better TB vaccine and it is killing a million people a year.”