Switzerland has just become the first country to trade places with COVAX in manufacturers’ supply queues, making one million doses of Moderna’s COVID-19 vaccine available to the Facility. But what is slot swapping and why is it necessary? 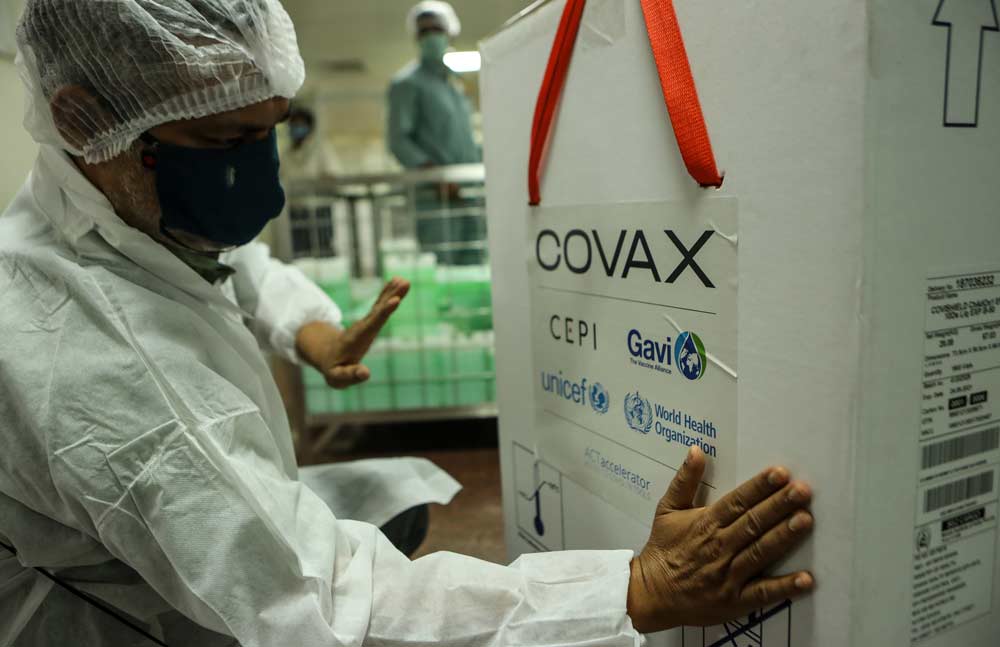 Packaging and shipping of COVID-19 vaccines in India (UNICEF/2021)

Gavi, the Vaccine Alliance has just announced that Switzerland will trade its place in the queue for Moderna COVID-19 vaccines with COVAX. This is the first time any country has done so, and means that one million doses of Moderna vaccine originally destined for Switzerland will instead go to lower-income countries around the world by the end of the year. Switzerland will receive COVAX’s doses later in 2022.

What is slot swapping?

As more vaccines come off manufacturers’ production lines, governments queue up for the doses they have ordered, based on companies’ decisions on how to prioritise their supply. The order of these queues and criteria for prioritisation is not currently made public. COVAX has itself ordered billions of doses for delivery worldwide, however there have been several delays in receiving these orders.

To speed up the process of ensuring the fair, equitable distribution of vaccines worldwide, COVAX has asked wealthier countries – some of which have ordered several times more doses than their populations – to swap their slots in these manufacturers’ queues.

This means COVAX can receive vaccines quickly, straight off the production line, with the country in question receiving the vaccines ordered by COVAX later on. This is not a donation by the country – COVAX still pays the manufacturer for the doses it receives – however the government has the option to donate these later vaccines to COVAX if they are surplus to requirements at home.

Why is it necessary?

The huge disparity in COVID-19 vaccine availability between the richest and the poorest countries is not just a moral issue, it is also likely to prolong the pandemic. As long as the disease is circulating somewhere, it is a risk everywhere, with the risk of new variants emerging, and if half the world remains unprotected, trade, tourism and the global economy cannot get back to normal.

This is why COVAX was created and why it is working around the clock to deliver vaccines to countries and territories that otherwise could have been completely left out of the vaccine race. More than half a billion doses of vaccine have been delivered to 144 countries and territories, however deliveries are not happening fast enough. The disparity between rich and poor is still too great.

One reason is that wealthier countries are ahead in manufacturers’ queues, leaving COVAX and lower-income countries left to wait. As many high-income countries have already received enough doses to cover their populations many times over, slot-swapping enables COVAX to move faster in righting the inequity we are seeing worldwide.

COVAX was never intended as a donation mechanism. It was designed to purchase vaccines directly from the manufacturers and deliver them to those most in need around the world. The delays in deliveries from manufacturers have, however, made donations from wealthier countries an important short-term measure as we wait for supplies to increase.

But doses received direct from the manufacturer remain the best option for lower-income countries. Whereas donated doses are often provided at short notice with short shelf lives, giving countries little time to plan vaccination campaigns, getting them straight off the production line means a steady, predictable, prioritised supply to COVAX, making it easier for countries with more limited resources to plan ahead and implement successful COVID-19 vaccination campaigns.