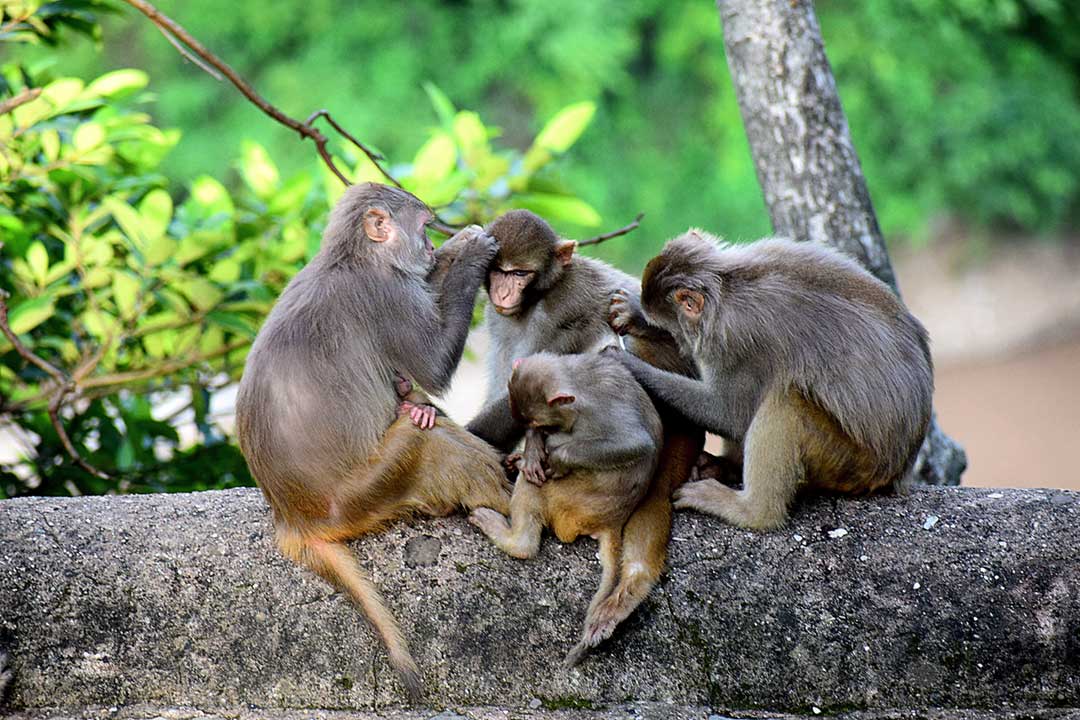 A family of monkeys. Credit: Rajesh S Balouria on Pexels

A family of viruses that can cause fatal Ebola-like symptoms that is also a critical threat to macaque populations is now "poised for spillover" to humans, a new report reveals.

The study, published in September in the journal Cell, reveals that the animal virus has found ways to access human cells, multiply and evade parts of the immune system that defend people against sickness. Scientists note that this is "pretty rare."

The research team behind the study is watching the virus closely while calling for vigilance, evoking parallels to HIV, which they say arose from simian viruses in African primates.

So far, no human infections of the new viruses have been reported, and the severity of effects from these new viruses remains unknown if they were to infect humans.

According to the study, captive Asian macaques (of the Macaca genus) infected with these viruses can develop fever, facial edema, dehydration, depression and coagulation defects indicated by round spots that appear on the skin as a result of bleeding.

Further, there are thousands of viruses circulating in animals globally, and more animal viruses are thought to be jumping to humans, causing severe harm to people's immune systems.

"COVID is just the latest in a long string of spillover events from animals to humans, some of which have erupted into global catastrophes," Sara Sawyer, professor of molecular, cellular and developmental biology at University of Colorado Boulder and senior author of the research, said in a press release.

"Our hope is that by raising awareness of the viruses that we should be looking out for, we can get ahead of this so that if human infections begin to occur, we're on it quickly."

This comes at a time when the World Health Organization (WHO) has convened the International Health Regulations Emergency Committee due to the spread of Monkeypox virus, which WHO has declared a global health emergency, as it has spread across 110 countries as of mid-December with more than 82,600 cases.

Following on the heels of Monkeypox is an Ebola outbreak centered in Uganda. By early December, WHO reported 142 confirmed cases of Ebola virus disease, including 55 deaths with a case fatality ratio of 39%.

Among these, at least 19 health-care workers were infected, of whom six died.

As a result, Kenyan scientists at the Institute of Primate Research (IPR) in Nairobi have been racing against time to discover monkey viruses amid the Ebola alarm next door in Uganda.

The country's health management teams have beefed up surveillance on its border points to detect and tackle possible Ebola cases. The outbreak began in September in a rural part of central Uganda.

Dr. Samoel Khamadi, director of the KEMRI Center for Virus Research, observed that the study does not mean the family of viruses researched is going to affect humans as the next pandemic since its severity to humans remains unknown.

"So far in the new study there is no evidence of spillover to humans; however, it's important to be vigilant," Khamadi said.

The study examines how simian hemorrhagic fever (SHFV), like other hemorrhagic fever-causing viruses, uses a specific intracellular receptor that allows the virus to invade and infect target cells — and a similar form of this receptor exists in human cells as well.

Arteriviruses have been studied in pigs and horses, but the versions that target nonhuman primates are less understood. SHFV causes severe illness among macaque colonies, with symptoms of internal bleeding and fever similar to Ebola. Often, SHFV results in death for the macaques infected.

Researchers found that primates with differences in the key receptor, called CD163, are sometimes less susceptible to infection with SHFV, showing the importance of this receptor.

Researchers realized that all of the proteins required for SHFV to replicate inside the host body were present in human cells as well, although they are expressed differently within humans.

To test if the virus could feasibly infect a human, they performed a series of lab experiments, and found that SHFV was able to enter cells using the human version of CD163.

The study called this the "first hurdle of successful spillover to humans."

"The similarities are profound between this virus and the simian viruses that gave rise to the HIV pandemic," Cody Warren, the study's lead author who is now an assistant professor in the College of Veterinary Medicine at The Ohio State University, said in the press release.

The Kenyan researchers called for more investigation on the magnitude of infections caused by a CD163 receptor.

Khamadi vouched for public education on some of the potential outbreaks and how people can protect themselves from infections.

However, Edith Kabesiime, wildlife campaign manager at the London-based nonprofit World Animal Protection, said the only way humans can avoid virus spillovers from wild animals is by maintaining a distance from each other — possibly by humans not encroaching on natural habitats for wild animals.

The International Union for Conservation of Nature lists many macaque species whose populations are declining, vulnerable and endangered and face serious conservation challenges. A study in the journal PLOS ONE showed that populations of one species, the bonnet macaque (Macaca radiate), declined by more than 65% over 25 years, and by more than 50% between 2003 and 2015 alone.

Kabesiime explained that because of human population increases and demands for infrastructure development and settlement, humans have invaded wild animals' spaces. This not only puts wildlife populations at risk, it also exposes humans to viruses from animals.

"The bottom line is that as human beings we can only protect ourselves from these diseases by social distancing with animals," Kabesiime said.

She observed there have been cases at Bwindi Impenetrable National Park in Uganda where gorillas have been diagnosed with scabies, which is an infestation of the skin by human itch mites.

She also explained that there have been cases of gorillas catching flu from humans, which led to the establishment of regulations barring interaction with gorillas for individuals with flu.

This article was originally published by Mongabay on 21 December 2022. 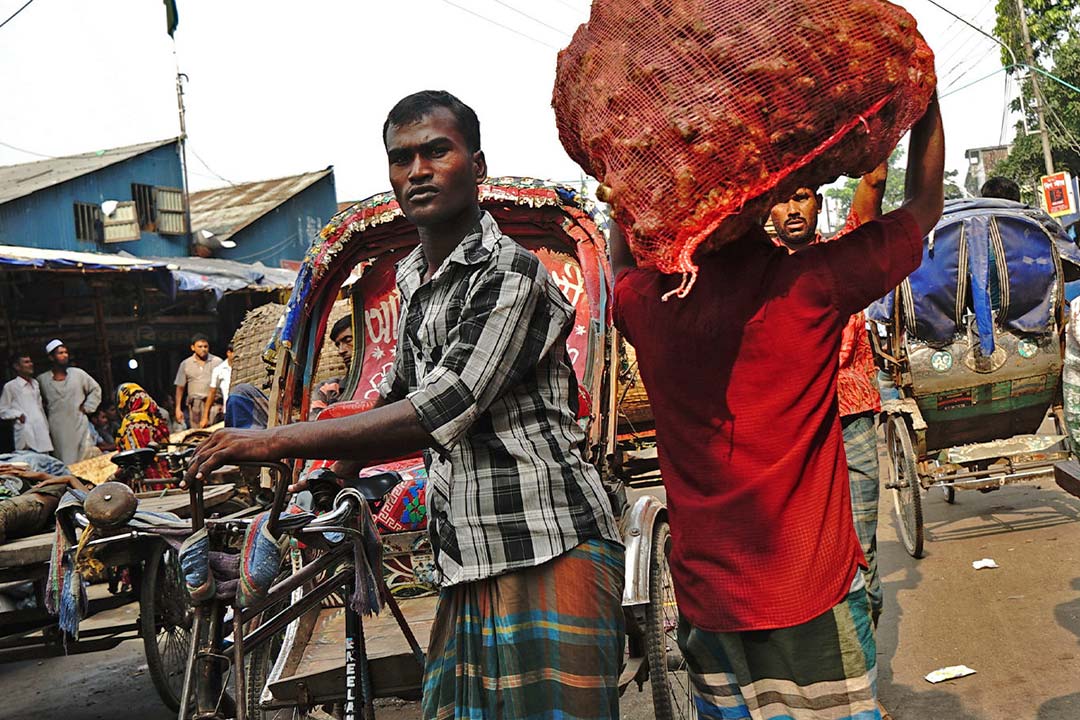 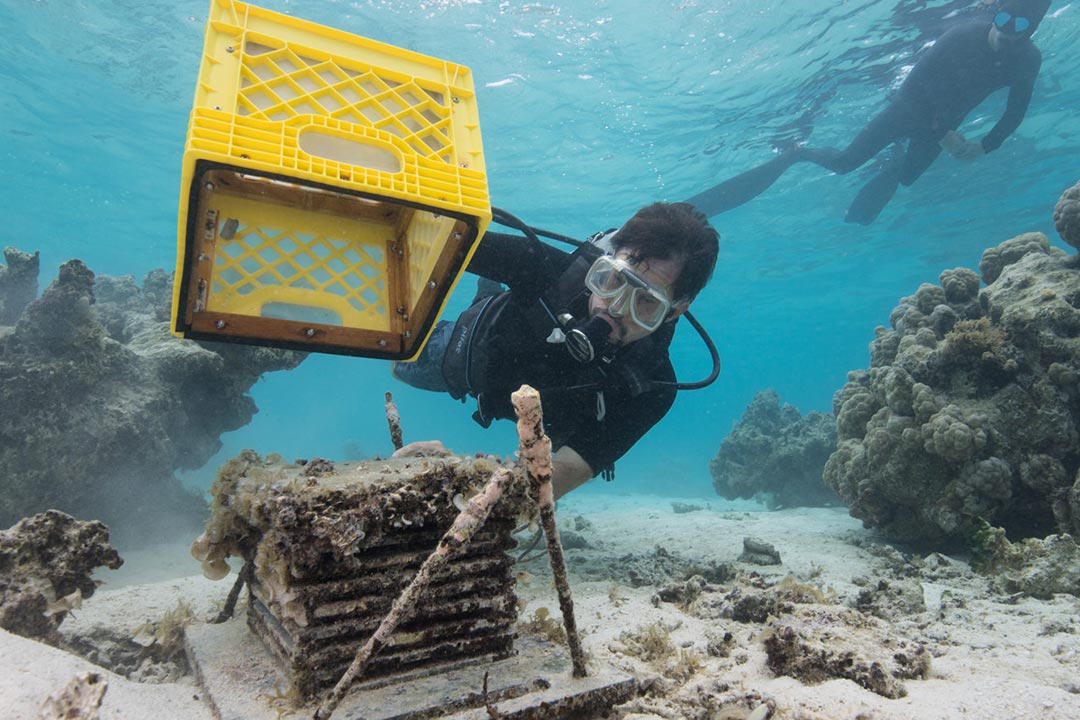