Eswatini received its first batch of 32 000 Oxford-AstraZeneca vaccines in late March. 12 000 came through the COVAX facility and 20,000 through a donation from the Indian Government. 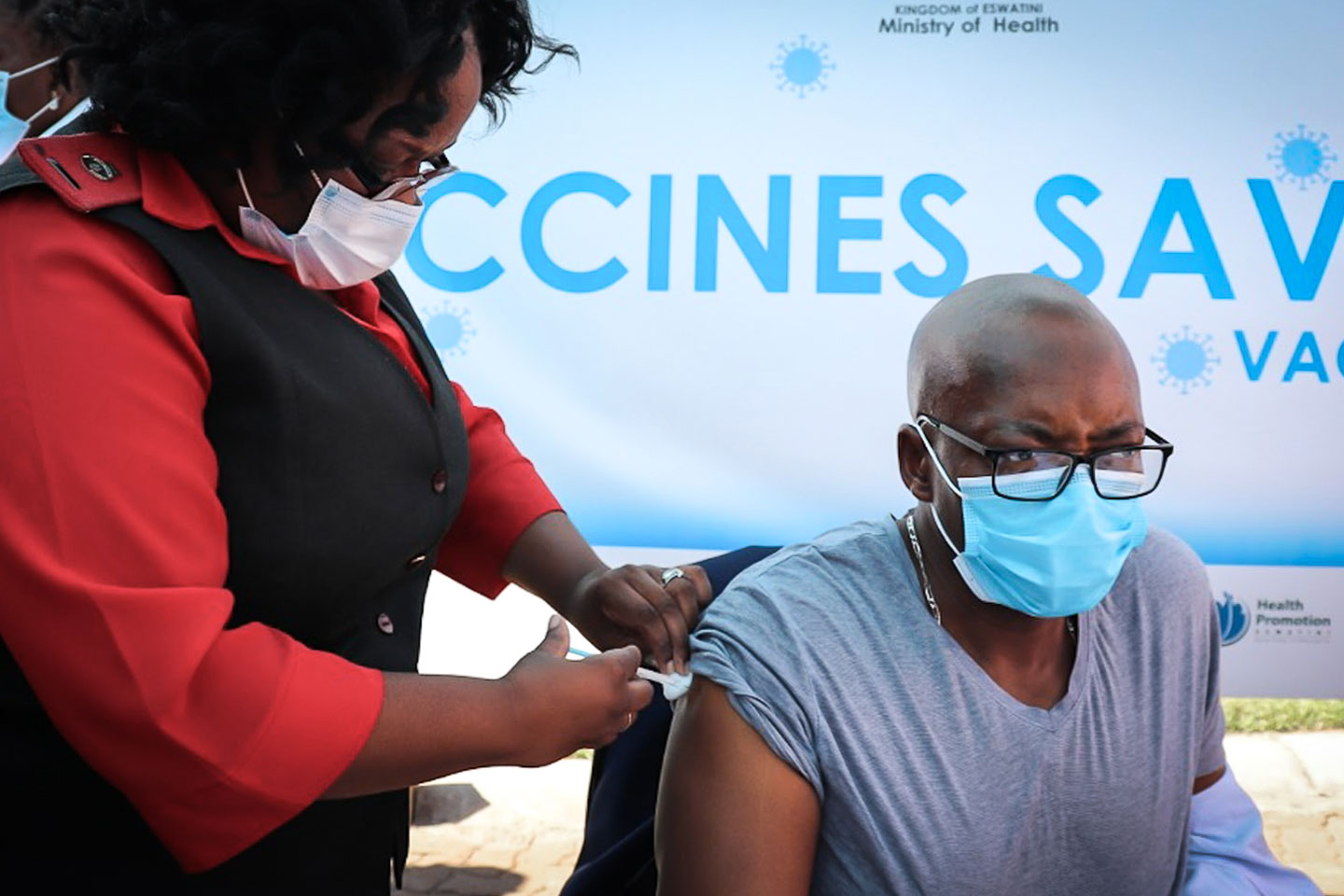 “I didn’t think that I could get COVID out here in my village,” says Linda Simelane at her home in Sibebe in rural Eswatini.

“I stay away from people, I stay alone, but it happened that I started getting flu symptoms.”

At the peak of Africa’s first wave of infections in mid-2020, Ms Simelane’s son took her to get tested for COVID-19, but as she waited for her results at home, her condition rapidly deteriorated.

“When I woke up I just couldn’t breathe. I couldn’t walk and I had a headache. I managed to call my son who came quickly and took me to the hospital.”

“Eswatini gave nearly 110% of the doses they received as they made use of every single drop in every vial,” says Dr Phionah Atuhebwe, WHO’s New Vaccines Introduction Officer for Africa.

“After an X-ray the health worker told me that my lungs were finished. So they took me straight into intensive care and I was put on oxygen and a drip.”

Eswatini borders South-Africa, which accounts for nearly half of Africa’s cases of COVID-19.

Among Eswatini’s 1.2 million people, over 18 500 cases had been logged and over 670 people had died by late May this year.

Yet Linda Simelane is one of the lucky ones. She survived, went home after a few days to self-isolate, and has now had her first dose of the Oxford-AstraZeneca COVID-19 vaccine.

Eswatini received its first batch of 32 000 Oxford-AstraZeneca vaccines in late March. 12 000 came through the COVAX facility and 20,000 through a donation from the Indian Government.

“I first heard about the vaccine on the radio,” says Ms Simelane. “At first I wasn’t sure about taking it as they said the AstraZeneca one was rejected by South Africa.”

“But I’ve had it now, and I advise people to get it because this is not an easy sickness.”

Ms Simelane wasn’t the only one wary of the vaccine at first.

“Misinformation on safety circulated and I skipped the opportunity because I was not ready, but finally I did get the vaccine,” says health worker Vuyisile Lukhele.

“I didn’t have any side effects and I urge people to get vaccinated.”

To fight misinformation and ensure people come for vaccination, Eswatini set up a myths and misinformation committee under the leadership of the Ministry of Health.

“The biggest success has been the public demand and acceptance of the vaccine,” explains Ms Lizzie Nkosi, Eswatini’s Minister of Health.

“We started monitoring misinformation and engaging the public from very early in the COVID-19 response and built up trust through constant engagement via press conferences and radio spots, particularly around the AstraZeneca vaccine,” she says.

“By the time the vaccines arrived people wanted to be protected from severe illness and dying.”

Dr Lonkululeko Khumalo, an Epidemiological Officer with the World Health Organization (WHO) in Eswatini, explains that good coordination among government and non-governmental partners was key to building up confidence and demand for vaccines.

“We made a plan for a multimedia approach and worked to build up the capacity of health workers, as people trust them and they go out and teach people about the benefits,” he says.

“We saw a surge in demand right after our Deputy Prime Minister took the vaccine, but we couldn’t cope because we received just 32 0000 doses for the first phase.”

Analysis by WHO shows that Eswatini gave more vaccines per head than any other African nation during the first phase of their COVID-19 vaccine rollout.

“Eswatini gave nearly 110% of the doses they received as they made use of every single drop in every vial,” says Dr Phionah Atuhebwe, WHO’s New Vaccines Introduction Officer for Africa.

“Each vial contains a little more of the fluid needed for each dose to account for any spillage or accidents, but with precious few doses, Eswatini made the most of what they had.”

In the run- up to the vaccine rollout, Eswatini set up a training academy for vaccinators.

“The academy allowed us to develop a standard curriculum for all vaccinators and ensured that everyone closely followed the same procedure,” explains Health Minister Lizzie Nkosi.

As with many African countries, the supply squeeze is putting pressure on Eswatini, but in a show of confidence in the country’s rollout another 14 400 vaccines recently arrived through the COVAX Facility.

“We think we have done really well in phase one,” says WHO’s Dr Khumalo. “The COVID-19 vaccine rollout plan was comprehensive, coverin all pillars of the vaccine rollout.”

“To succeed with the vaccine rollout political will is required right from the very top,” explains Health Minister Lizzie Nkosi. “It takes the whole of the government to make it work and I cannot say this enough; preparation, preparation and preparation.“

Back at home, Linda Simelane will soon get her second dose, with the new batch of vaccines that the government has received.

“I would advise people to please take the vaccine. I would say go and get it because this is not an easy sickness.”

For Additional Information or to Request Interviews, Please contact:

This article was first published by the World Health Organization Eswatini on 15 June 2021. 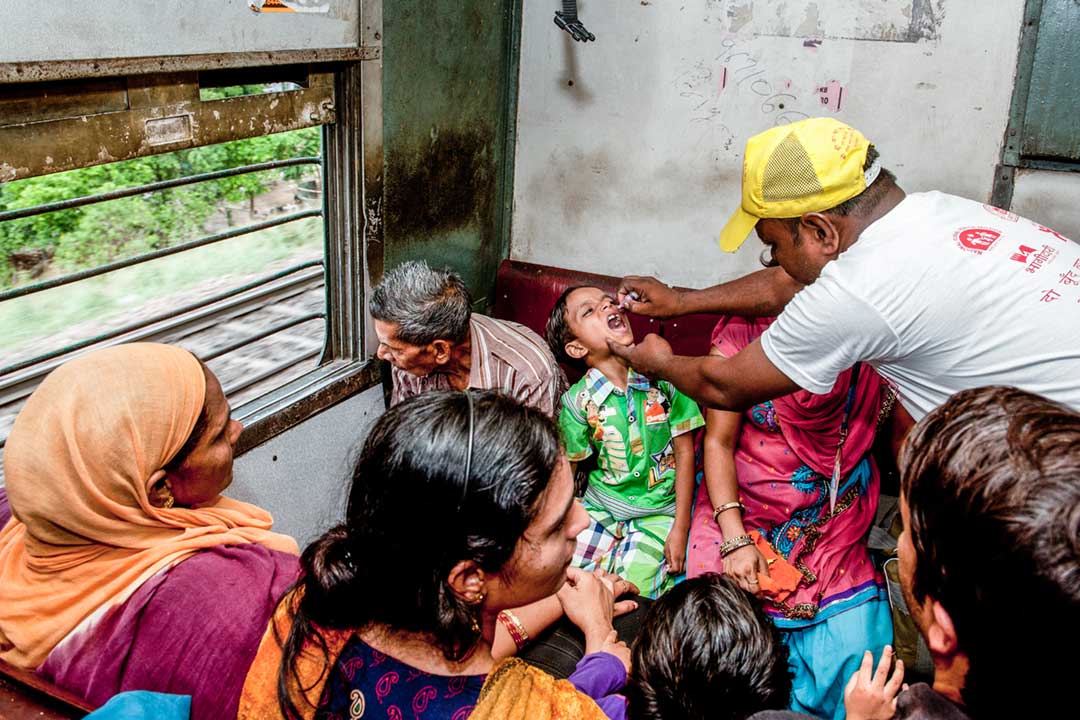 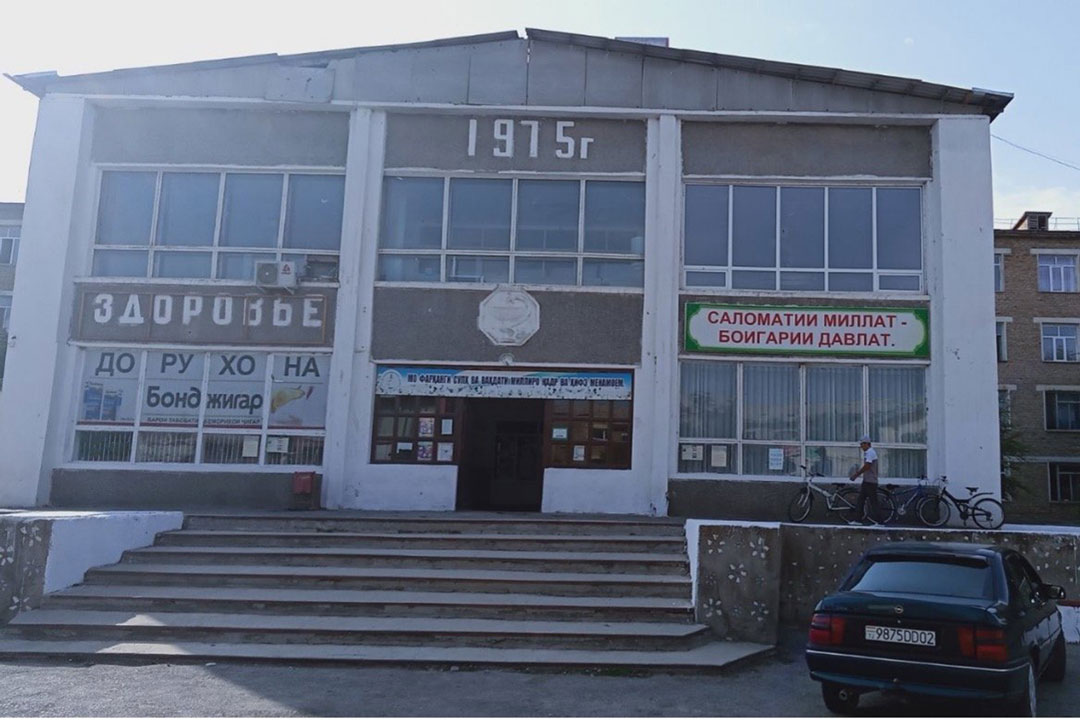