The science behind COVID-19
COVID-19ExplainerVaccine campaigns

Signs are emerging that the way your immune cells encounter SARS-CoV-2 can have a lasting impact on how they respond to it in the future. 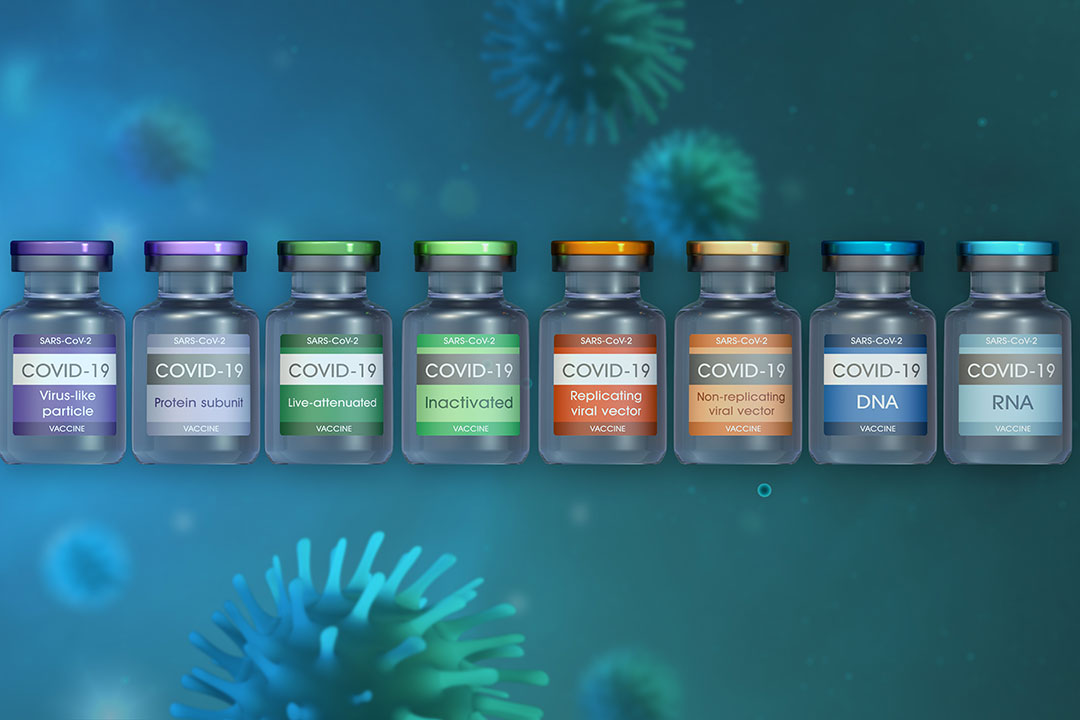 Since the first COVID-19 vaccine trial results were published a year ago, it’s become apparent that when it comes to efficacy, not all vaccines are created equal. Increasingly , scientists are realising that differences in people’s exposure to the various SARS-CoV-2 variants and the vaccine dose combinations they have received could have lasting implications for their susceptibility to future illness from COVID-19.

The immune system has two main branches: the innate immune system provides a first line of defence against disease-causing organisms (pathogens), but isn’t tailored against specific pathogens and doesn’t grow stronger as a result of repeated exposure to them, because it doesn’t have a memory.

The adaptive immune system does. Its cells take longer to mount a protective response, but they are trained to recognise and remember specific pieces (antigens) of that pathogen, meaning they will respond more rapidly and effectively with each subsequent exposure to it. This immunological memory is also what vaccines are designed to initiate.

The main components of the adaptive immune response are B cells, antibodies and T cells. B cells are trained to produce millions of antibodies – highly targeted weapons that stick to the invading pathogen and reduce or “neutralise” its ability to infect cells. High levels of neutralising antibodies continue to circulate in body fluids for months after the initial threat has subsided, but they do not last forever. Fortunately, small numbers of memory B cells do stick around. These are also trained to recognise that pathogen and will start churning out large numbers of antibody-producing B cells should you encounter it again.

If the pathogen gets past these antibody or “humoral” defences, T cells spring to the rescue. These are trained to recognise and destroy cells that are infected with specific pathogens, reducing their ability to infect further cells. Even though you are infected, and may be able to infect other people, a strong T cell response should reduce the duration and severity of your illness and mean that you are less infectious than you otherwise would be. Memory T cells also linger, ready to produce more of these infection-busting cells, in the event of subsequent exposure to the pathogen.

Immunologists have long theorised that this immunological memory could mean the immune system preferentially relies on memory B and T cells to launch a protective response should we encounter the same pathogen – or a slightly different version of it – again.

In the context of COVID-19, this could mean that your first exposure to SARS-CoV-2 – whether through natural infection with the original strain, subsequent variants or a COVID-19 vaccine – could shape your future response to new variants that emerge. This does not mean you’d be completely unprotected against them – some of those immune cells would still recognise parts of those variants – but you may be more or less susceptible, depending on what you’ve been exposed to before.

Recent research published in Science has provided some of the first evidence for this phenomenon – known as original antigenic sin, or immune imprinting – in action, in the context of COVID-19. They studied healthcare workers who had previously been infected with either the original strain of SARS-CoV-2 or the Alpha variant, and then received two doses of the Pfizer/BioNTech vaccine, comparing quantity and quality of immune responses against newer variants of concern.

They suggested that those who had been exposed to the original strain of SARS-CoV-2 and then been vaccinated against it, had stronger immune responses against the Gamma variant, but were less protected against the Delta variant, whereas for those who had been infected with the Alpha variant and then vaccinated, it was the other way around: They had stronger immunity against Delta, but were less protected against Gamma. The researchers are currently investigating how such individuals might fare against Omicron, as well as the impact on immunity of receiving two doses of vaccine, and then experiencing a breakthrough infection.

Such insights could have important implications for future vaccine design: “It raises questions about whether chasing the globe to hunt down the next variant and tweaking the vaccines again and again is necessarily the way that we want to be going,” said Danny Altmann, professor of immunology at Imperial College London, who led the research. “If we did this a bit more empirically, we might find that there are combinations [of antigens] that actually give you that kind of cross-protective, cross-variant coverage that we want.”

It’s not only vaccine design that could benefit from such insights. Separate research published in The Lancet on 6 December, highlighted the value of testing different combinations COVID-19 vaccine doses to maximise the immune protection they confer. It suggested that combining a first dose of the Oxford/AstraZeneca vaccine with a second dose of either the Novavax or Moderna vaccines (which utilise different vaccine technologies) resulted in far higher levels of neutralising antibodies and T-cells compared to when two doses of the Oxford/AstraZeneca vaccine were given.

Combining a first dose of the Pfizer/BioNTech vaccine with a second dose of the Moderna vaccine also improved immune responses, though to a lesser degree, whereas giving the Pfizer vaccine followed by a dose of the Novavax vaccine resulted in fewer neutralising antibodies and T cells being generated.

Such results could have important implications for lower-income countries that have not yet completed their primary vaccination campaigns. Unlike mRNA-based vaccines, neither the Oxford/AstraZeneca or Novavax vaccines require ultra-cold storage. And although clinical trials have suggested that two doses of either vaccine induce high levels of immune protection, combining them could result in even stronger responses.

The study also provides reassurance that mixing and matching different COVID-19 vaccines is a viable strategy. Such flexibility could be crucial to ensuring the rapid deployment of these vaccines in low- and middle-income countries, where vaccine supply may be inconsistent.