People around the world have demonstrated global solidarity by donating to the COVAX Facility, providing vaccines to those who would otherwise have no access. 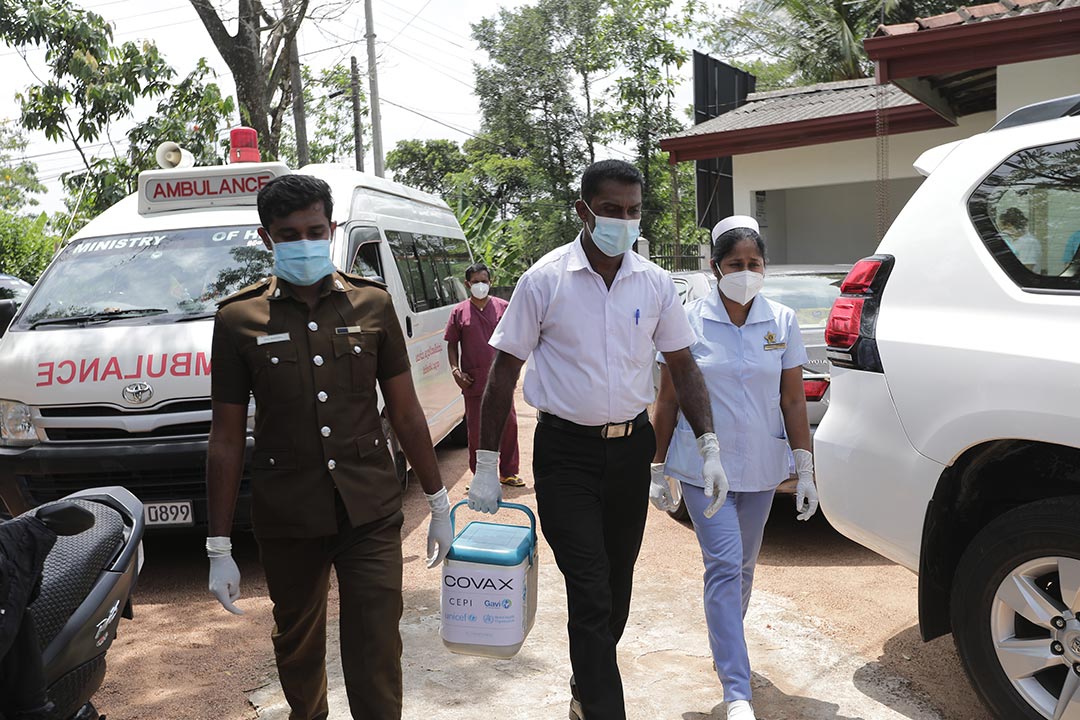 When Lady Nicky Tyler got her vaccine in the UK, she felt both lucky that she was able to get a vaccine so quickly, but also “really frustrated” at how millions around the world were being denied this life-saver.

“We wanted to encourage worldwide solidarity that is needed by people in countries with lower financial means.”

“We were just seeing the potential benefits of the free NHS vaccine in Britain, but nobody – government, media or even the churches – was highlighting the need to help less well-off countries. It was already obvious nobody would be safe from COVID-19 until everyone was. And I believe that all humanity is of equal value,” says Lady Tyler, wife of Lord Paul Tyler, a working peer in the UK Parliament’s House of Lords and ardent campaigner.

They spoke to Lord Jonny Oates (vice-chair of the All-Party Parliamentary Group on Vaccinations for All), who knew of the work of Gavi, and together were determined to develop a simply way in which individuals could donate direct to the COVAX facility, which aims to ensure that COVID-19 vaccines reach the most vulnerable in the world.

Their initiative became the UK COVAX AMC donate page and the work was streamlined with parallel fundraising campaigns such as Get One Give One.

By mid-February a cross-party and non-party group in the House of Lords endorsed this initiative and, through a social media campaign, it raised more than GBP 450,000 from the UK public for COVID-19 vaccines, including GBP 30,000 from the Rotary Club of Cheltenham, as well as GBP 130,000 for Gavi’s core work preventing death, disease and debilitation through equitable access to routine vaccines.

Wouters says his friend Marc Eneman, a psychiatrist based in Leuven, first proposed that people could donate the cost of their vaccine to others, as in Belgium everyone got their vaccine for free. As Wouters had experience in raising funds in Burundi and Rwanda, he helped set up a committee that through The King Baudouin Foundation campaigned to fund “A vaccine for everyone”.

“We wanted to encourage worldwide solidarity that is needed by people in countries with lower financial means”, says Wouters.

Now that we’re nearly two years into the pandemic, and people may be feeling exhausted by all the effort required, how do we continue to engage their support? “Although it is not easy to maintain a continuous effort, says Wouters, “for humanity it is becoming more and more important to share global concerns and solve them together.”

Lord Oates emphasises that a year later, the need is as great as ever “We are reminded daily that Covid is a global threat. Now that the booster jabs are under way here we would love to see a renewed initiative to encourage individuals to show their gratitude.”