News from the lab
RSV

Not only is respiratory syncytial virus (RSV) a major killer of young infants, it is a substantial driver of antimicrobial prescribing, data suggests. 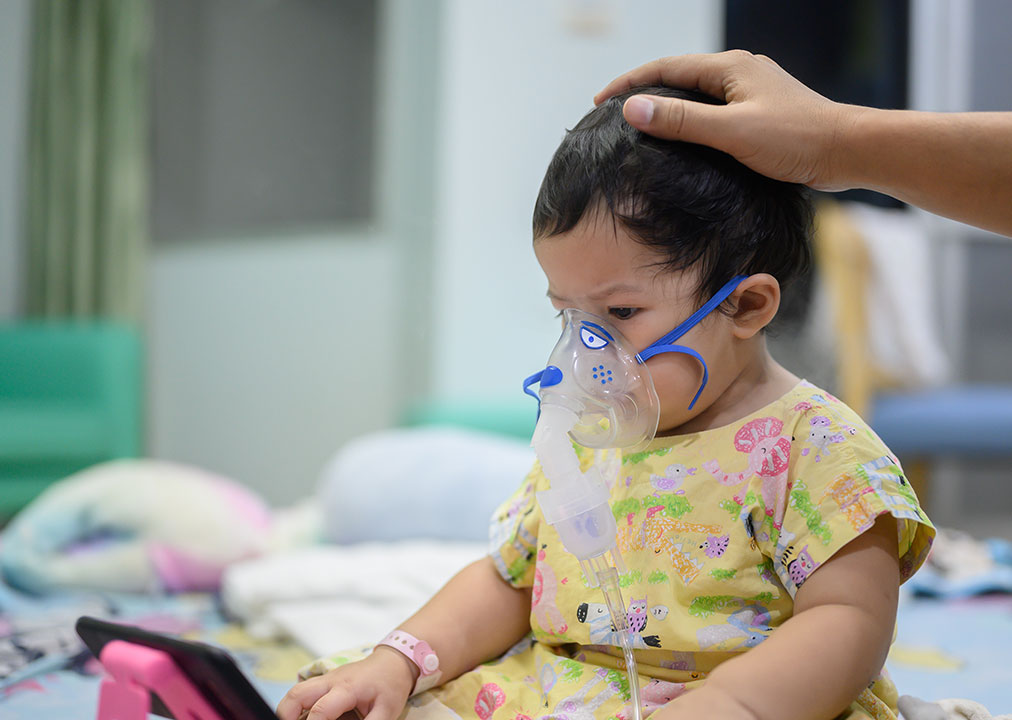 A baby was sick as Respiratory Syncytial Virus (RSV) in kid hospital.

A number of vaccines against respiratory syncytial virus (RSV) are currently in late-stage clinical trials. The hope is that at least one of them will prove effective at reducing deaths and hospital admissions – particularly among young infants, who are most vulnerable to severe infections. But a re-analysis of trial data for one of these candidates suggests there could be another benefit: reduced consumption of antibiotics.

“Our findings implicate RSV as a cause of substantial volumes of antimicrobial prescribing among young infants and demonstrate the potential for prevention of such prescribing through use of maternal vaccines against RSV.”

By the age of three, almost all children will have been infected with RSV, and will continue to be re-infected throughout their lives. Usually, the virus causes mild cold-like symptoms, but in some cases, it can lead to ear infections, a lung infection called bronchiolitis, or in more severe cases, pneumonia.

In 2017 the WHO estimated that RSV infections caused more than three million hospitalisations and nearly 60,000 deaths among children under five years of age. Young infants living in low- or middle-income countries are most at risk.

Because of this, developing an effective vaccine against RSV is a high priority. In 2020, trial data for one of the leading candidates – a vaccine developed by US biotechnology company Novavax – was published in the New England Journal of Medicine (NEJM). Given to mothers during pregnancy to try and protect their newborn infants, the vaccine failed to hit its primary objective of preventing medically significant lower respiratory tract infections during the first 90 days of life – although it did reduce hospitalisations, making it the first RSV vaccine to show efficacy in a Phase 3 clinical trial.

The vaccine hasn’t yet been licensed, and Novavax continues to develop it with support from the Bill and Melinda Gates Foundation.

The new study, published in Proceedings of the National Academy of Sciences, involved revisiting that NEJM trial data, this time assessing vaccine efficacy against the prescription of antibiotics. New strategies to reduce consumption of these drugs are urgently needed to contain the growing global threat of antimicrobial resistance.

Although antibiotics are ineffective against viruses, some of the complications of RSV, such as pneumonia, may be caused by bacterial co-infections. Also, some of the symptoms of RSV infection could potentially be confused with certain bacterial infections, resulting in inappropriate antibiotic use.

To investigate, Joseph A. Lewnard at the University of California at Berkeley and colleagues analysed data from 2,978 infants in 11 countries, comparing how often antibiotics were prescribed to infants whose mothers had and hadn’t received the Novavax RSV vaccine during pregnancy.

They found that infants born to women who had been vaccinated against RSV received 12.9% fewer prescriptions during their first three months of life. In high-income countries, this would translate into 3.6 fewer courses of antibiotics for every 100 infants – representing 20.2% of all antimicrobial prescribing in this age group. In low- and middle-income countries, maternal vaccination would result in 5.1 fewer courses of antibiotics per 100 infants – 10.9% of all antimicrobial prescribing.

“Our findings implicate RSV as a cause of substantial volumes of antimicrobial prescribing among young infants and demonstrate the potential for prevention of such prescribing through use of maternal vaccines against RSV,” the authors said.

They also suggested that future assessments of vaccines and drugs against RSV and other respiratory viruses should similarly consider the impact on antimicrobial prescribing.