Maternal vaccine urgently needed to protect babies against Strep B

A new report reveals the devastating global impact of Group B streptococcus, but suggests vaccinating against it could be highly cost-effective – if an effective vaccine can be developed. 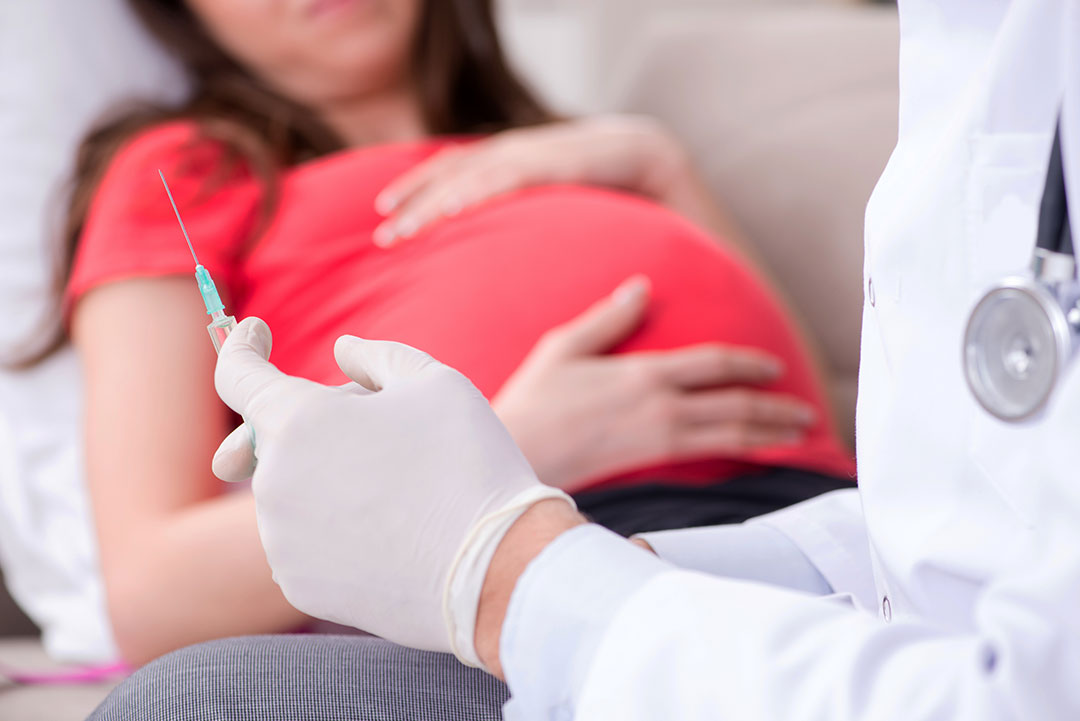 The impact of a common bacterium that can be transmitted in the womb during birth or in the early weeks of life may be far higher than previously thought.

According to a report by the World Health Organisation and the London School of Hygiene and Tropical Medicine, Group B streptococcus causes around 150,000 infant deaths each year. It also contributes to more than half a million preterm births and is a major cause of neurological impairments, such as cerebral palsy, and hearing and vision loss. This is the first time these links have been quantified.

Maternal vaccines are urgently needed to protect against infection and reduce this toll, said the report, which emphasised that they could be highly cost-effective and have significant health benefits, regardless of where in the world those mothers live.

Worldwide, approximately 15% of pregnant women harbour Group B streptococcus in their vaginas, and, although the bacterium is usually harmless to them, it can be extremely serious if it passes to their babies during pregnancy, childbirth or the early weeks of life because of their undeveloped immune systems.

Not every baby who is exposed becomes infected, but if they are, the most common complications are an infection of the blood (sepsis), brain fluid or lining (meningitis) or lungs (meningitis), all of which can be fatal, or result in lifelong disability.

The largest burden is in sub-Saharan Africa, Eastern and South-Eastern Asia, where a higher proportion of women are infected, and screening and preventative treatment – consisting of administering antibiotics to women during labour – are more challenging to implement.

The report called for researchers, vaccine developers and funders to accelerate development of an effective vaccine against Strep B that could be administered to pregnant women during routine pregnancy check-ups.

“A new maternal vaccine against Group B Streptococcus would be a game-changer in the reduction of newborn and maternal deaths for the most affected countries – especially sub-Saharan Africa where the burden of these deaths is alarming. We plead to all stakeholders to treat this as a matter of moral priority,” said Dr Martina Lukong Baye at the Ministry of Public Health in Cameroon, who contributed to the report.

It estimated that the net monetary benefits from maternal vaccination against Group B Streptococcus could reach $17 billion per year, if the vaccines were affordably priced.

Although several vaccine candidates are in development, none are yet available – although data from a Phase 1/2 trial published last year suggested that a hexavalent vaccine formulated with or without an aluminium phosphate adjuvant was safe and well tolerated in healthy, non-pregnant, adult volunteers, and elicited a robust immune response lasting for at least six months.

Several other phase 1 and 2 studies of Group B streptococcus vaccines have also been completed, with similarly encouraging results, however further studies are urgently needed, including studies in pregnant women that analyse the protective transfer of antibodies to the baby and to what extent these protect against disease, wrote Reinhard Berner in a related commentary.