Vaccine data from Scotland provides reassurance that the Oxford-AstraZeneca and Pfizer-BioNTech vaccines will significantly reduce hospitalisations and deaths from COVID-19 among older people after the first dose. 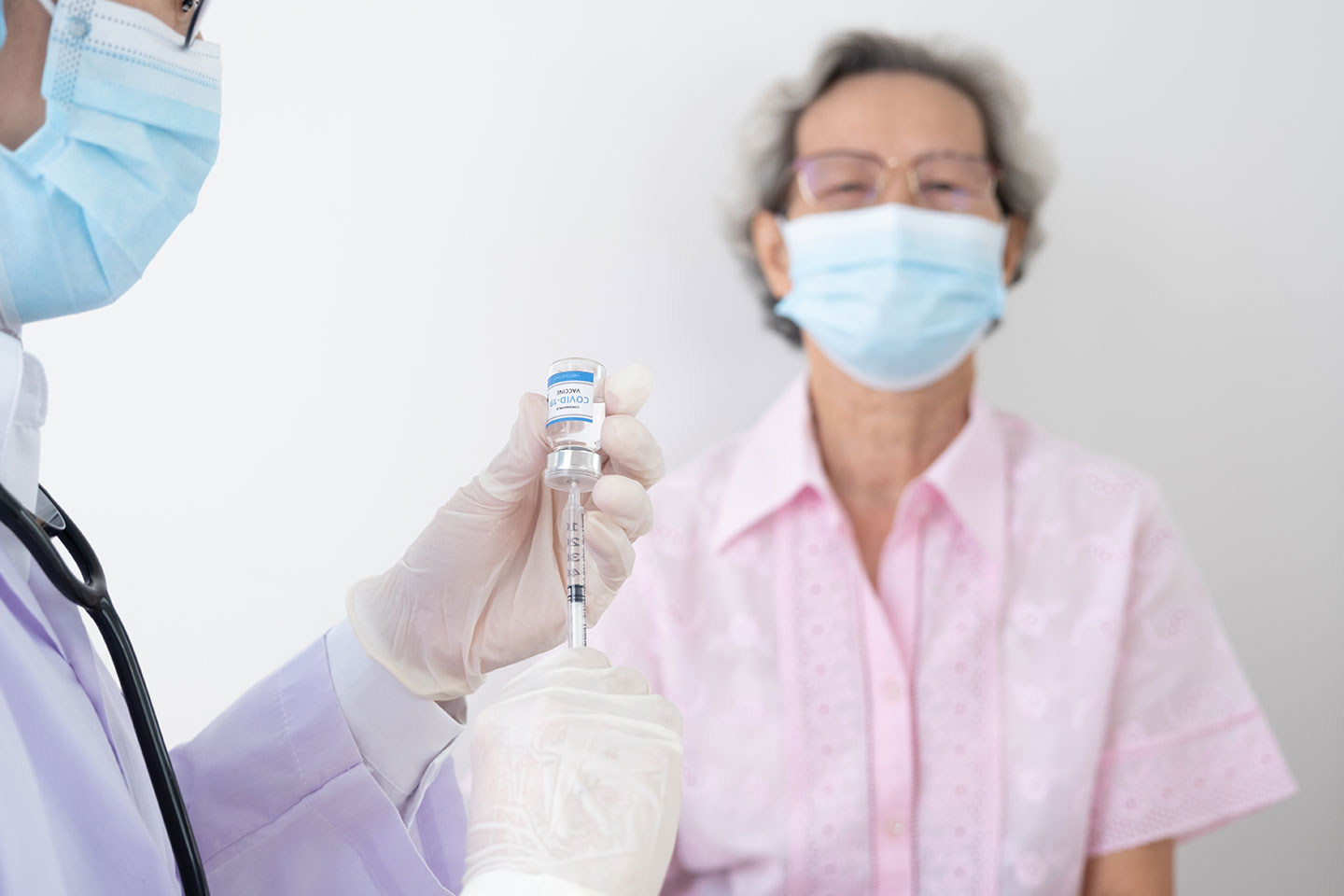 An elderly person getting vaccinated

Clinical trials provide a good indication of vaccine efficacy, but it is not until vaccines are delivered into people’s arms in real-world settings that we can fully assess their impact. A new study estimating the effectiveness of the first dose of the Oxford-AstraZeneca and Pfizer-BioNTech vaccines at preventing hospital admissions in Scotland is one of the first examples of this, providing much needed data on efficacy in people aged over 65 years of age. The findings should help allay any concerns that the Oxford-AstraZeneca vaccine might be less effective among older individuals, and also suggest that both vaccines are highly effective after a single dose.

The UK was among the first countries to approve Pfizer-BioNTech and Oxford-AstraZeneca COVID-19 vaccines, launching its national COVID-19 vaccination campaign on 8 December 2020, which prioritised everyone aged 80 years and over and frontline health and social care workers. By 15 February 2021, 21% of the Scottish population of 5.4 million people had received a first dose of either vaccine.

The UK’s vaccination policy of delivering a second dose of either vaccine after 12 weeks enables a greater number of people to receive some degree of protection in a shorter space of time, but is at odds with Pfizer’s guidance of delivering the second dose after 21 days.

Questions have also been raised by some world leaders about the efficacy of the Oxford-AstraZeneca vaccine in older individuals, because fewer than ten percent of those enrolled in clinical trials of the vaccine were 65 years or older. So, even though the World Health Organization (WHO) and European Medicines Agency have authorised the vaccine in this age group, Germany, France and Italy have advised against giving it to older individuals.

Reflecting the need to gather evidence on these policies, Dr Eleftheria Vasileiou at the University of Edinburgh and colleagues assessed the effectiveness of the first doses of these vaccines against COVID-19-related hospital admissions, comparing Scottish adults who received a single dose of either vaccine between 8th December 2020 and 15th February 2021, and those who hadn’t yet been vaccinated.

The results, which have not yet been reviewed by other scientists, suggest that four weeks after the first doses were administered, the risk of hospitalisation fell by 85% among those who received the Pfizer-BioNTech vaccine and by 94% among those who received the Oxford-AstraZeneca one. The results were also comparable when the analysis was restricted to those aged 80 years or over.

The authors emphasised that the study shouldn’t be used to compare the effectiveness of the vaccines, because they were given to slightly different patient populations, with the Oxford-AstraZeneca vaccine more likely to be given to very old people. Those receiving the Pfizer-BioNTech vaccine were also followed-up for longer, because this vaccine was the first to be authorised in the UK.

Neither did the study assess the impact of these vaccines on deaths or transmission of the SARS-CoV-2 virus.

It does, however, provide some of the first real-world data on the effectiveness of COVID-19 vaccines, and some welcome good news.