Why do some people with COVID-19 get sicker than others?

Our immune systems are supposed to defend us from invading pathogens but, in the case of COVID-19, an immune overreaction may be to blame for severe illness. 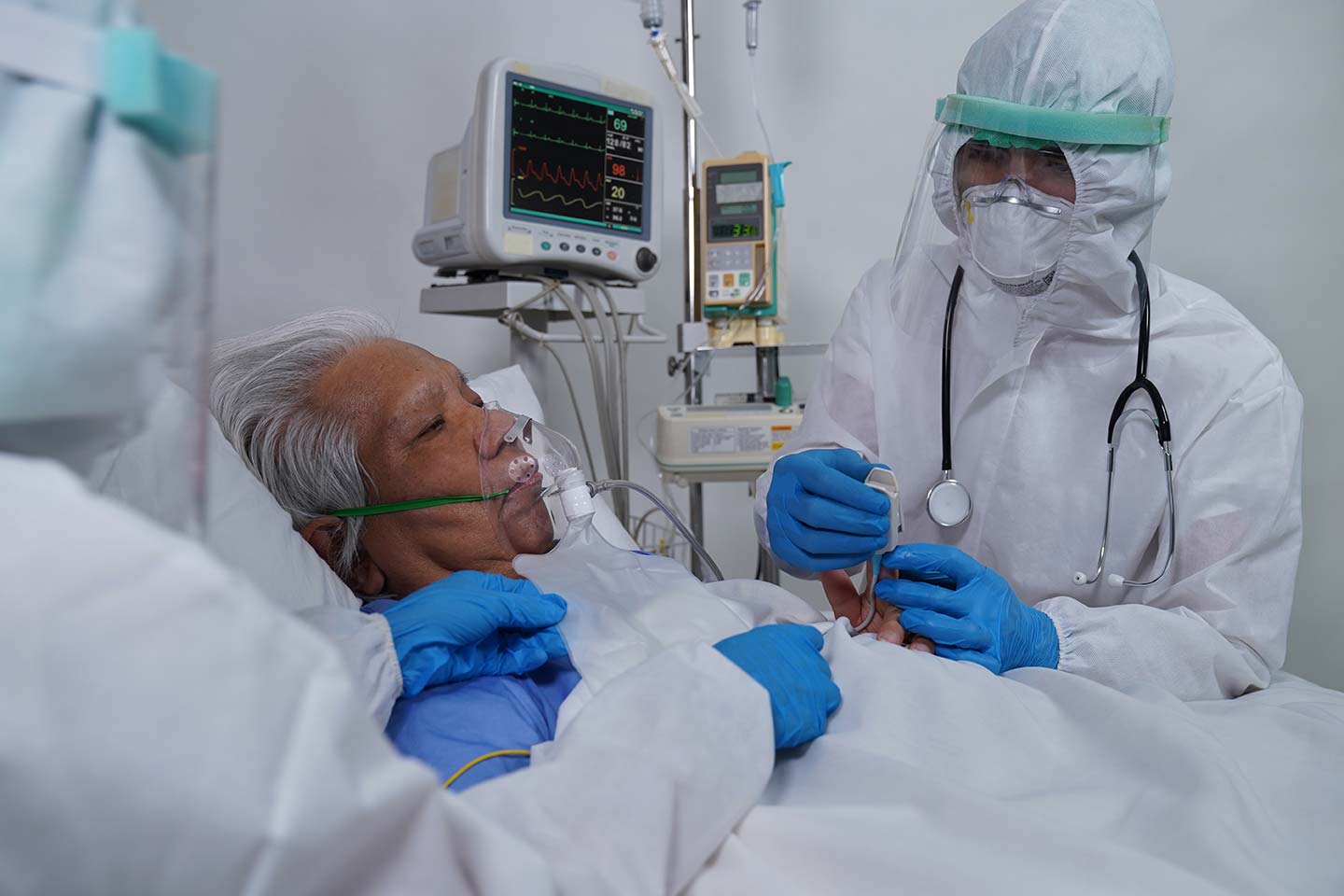 Doctors and nurses are working hard to treat COVID-19 infected patients in the ICU/ hospital.

Since the start of the COVID-19 pandemic, scientists have struggled to explain why some people infected with coronavirus have no symptoms, whereas others experience a catastrophic and life-threatening illness.

Genetics probably plays a role, as does gender; for instance, there is some evidence that oestrogen may help protect premenopausal women against severe disease.

This week, the largest study of its kind to date identified a specific combination of inflammatory blood markers which correlated with the severity of people’s disease. Published in Science Immunology, it adds further weight to the argument that it is people’s immune response to SARS-CoV-2, rather than the virus itself, that determines who is at greatest risk from COVID-19.

SARS-CoV-2 primarily infects the cells lining the lungs, although the ACE2 receptors it binds to are also found in various organs including the brain, intestine and kidneys, and on cells lining the blood vessels. Once inside these cells, the virus begins to replicate, summoning the attention of the immune cells. What happens next may play a crucial role in determining the severity of that individual’s symptoms.

One way in which immune cells signal to one another and regulate their responses to pathogens is through the secretion of proteins called cytokines. However, in some situations, uncontrolled release of these substances can trigger a ‘cytokine storm’ – characterised by excessive inflammation and damage to cells and organs. This is thought to be a key driver of severe COVID-19 illness, which is why many hospitals now use anti-inflammatory drugs such as dexamethasone, or antibody-based therapies such as tocilizumab, which interrupt cytokine function. This has substantially reduced the death toll from COVID-19 in recent months.

Researchers are currently trying to unpick these responses in greater detail, in the hope of identifying additional therapies to protect those at greatest risk.

For instance, the new study, led by Ryan Thwaites at Imperial College London, found that many inflammatory cytokines were elevated in severe COVID-19, but two in particular stood out as specific markers of the most severe disease. These were interleukin 6 (IL-6) and granulocyte-macrophage colony stimulating factor (GM-CSF).

IL-6 is already known about, and is the cytokine targeted by tocilizumab. Its production also increases as people age, or if they are obese, which may provide a partial explanation for why these factors tend to be associated with more severe disease.

However, GM-CSF is a new discovery, and could also be detected during the early stages of infection, suggesting it could provide a way of identifying those at risk of developing more severe symptoms.

Dr Thwaites said: “GM-CSF, in particular, is intriguing as it seems to be a marker that is unique to COVID-19 and not seen in influenza, another common respiratory disease. This opens up the possibility that GM-CSF is a unique feature of the immune response in COVID-19, which could be a new biomarker for identifying patients at risk of developing severe COVID-19 as well as making it a potential target for therapeutic approaches.”

These are unlikely to be the only cytokines associated with severe disease. Indeed, a separate study, published in Nature Medicine in August, identified a slightly different combination of cytokines in the sickest patients – but again, IL-6 was one of them.

Yet other research is focusing on a phenomenon known as autoimmunity, in which the immune system mistakenly starts attacking the body’s own tissues. In September, a study published in Science revealed that more than 10% of individuals with severe COVID-19 had antibodies against interferon 1, which plays a key role in alerting cells of the innate immune system – the body’s first line of defence against foreign invaders – to the presence of viruses, such as SARS-CoV-2. Very few healthy individuals had these autoantibodies.

Yet other studies have identified autoantibodies against antibody-producing B cells, as well as proteins found on the surface of blood vessels, liver, gut and brain tissue. These tissues are known to be damaged in a subset of COVID-19 patients, including some of those with symptoms of long COVID.

Why some individuals develop autoantibodies or release excessive amounts of cytokines, while others happily clear the virus without incident, is still unclear. Genetics probably plays a role, as does gender; for instance, there is some evidence that oestrogen may help protect premenopausal women against severe disease.

However, a better understanding of these processes should enable the development of new strategies to treat severe COVID-19 disease, or even prevent it from occurring.