The science behind COVID-19
COVID-19Vaccine development

Why I volunteered to be infected with coronavirus

Most people have been doing everything they can to avoid getting COVID-19, but in the coming days British history student Jacob Hopkins has chosen to be deliberately infected with SARS-CoV-2 as part of the world’s first Challenge Trial. He explains what motivated him to take part, and what he expects to happen. 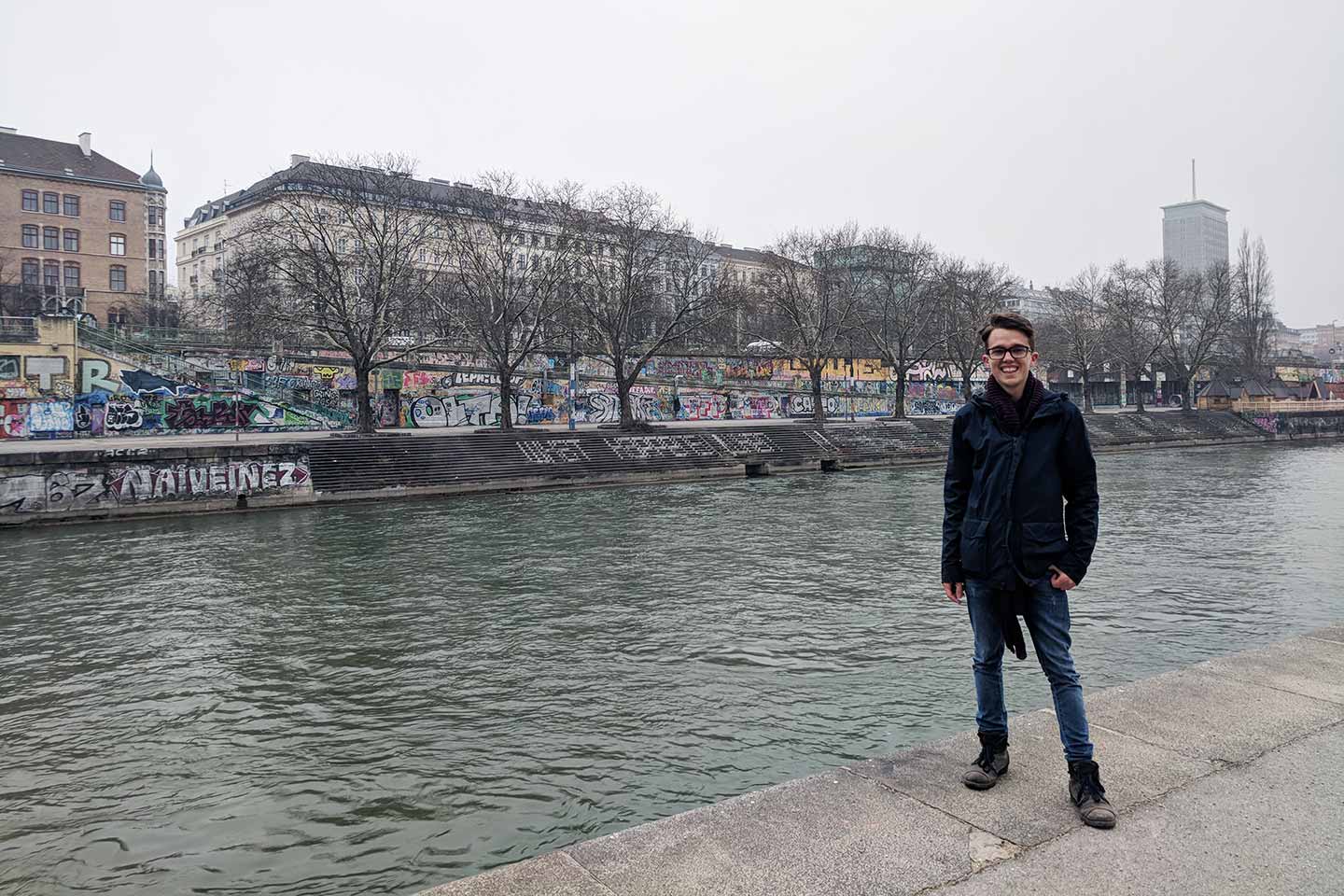 How did you hear about the Challenge Trial?

It was last summer, when I was scrolling though Facebook and came across an advertisement for the UK COVID-19 challenge trials, so I put my name down to be a volunteer. I didn’t hear anything for a few months, and it is only in the last couple of weeks that I’ve known for sure I’m going to be in the trial. It's funny because at work, I've been hyper conscious of not catching it, because if I do, it would eliminate me from the trial. I've been extra careful not to get it, so that I can get it at the right time.

Morally, I don’t think we can make ourselves okay, when people in other nations can't access the vaccines they need to fend off the virus.

Have you ever volunteered for something like this before?

Not medical trials, but a few years ago I donated stem cells to the Anthony Nolan Blood Cancer charity in the UK. My cousin had leukaemia when she was very young, which made me very aware of the need for stem cell donors. Fortunately, she recovered, but a couple of years ago they phoned me up and said I was a match for somebody. I ended up donating stem cells on that same cousin’s birthday.

What motivated you to sign up to be infected with coronavirus?

When I saw the advert back in June, nobody had any idea about the Pfizer or Oxford vaccines, or any other vaccines. In fact, any talk about a potential vaccine was quite pessimistic. I thought volunteering might help to find a vaccine, which would be a great thing to be a part of. Now that vaccines are being rolled out, my motivation has changed. I think the gap between the number of vaccines we’ve been able to distribute in the UK and the comparative lack of access in developing countries is awful. So now my biggest motivation is to help find more vaccines, so that we can vaccinate the world at the same pace as we’re doing it here. Morally, I don’t think we can make ourselves okay, when people in other nations can't access the vaccines they need to fend off the virus.

Do you know what will happen to you during the trial?

I’ll be spending two days in a quarantine room, while the doctors draw some blood and run some other tests to double-check that I don’t have any COVID-19 antibodies (which would mean I’d recently been infected) and that I'm still fit enough to carry out the trial. They’ll actually infect me with the virus, via my nose, on day three. After that I’ll have daily tests and physical examinations for two weeks to monitor how the infection is spreading, including a daily smell test, electrocardiogram, blood tests and nasal swabs. Then at the end of my stay, so long as I’m proven to no longer be infectious, they’ll allow me to leave and go home.

We get financially compensated £4,500 (US$ 6,240) to take part in the trial, with the payments broken up over the next year, because we have to return for follow-up screenings.

What are the researchers trying to find out?

They want to establish what is the lowest dose of virus it takes to infect someone. So, I may not get infected at all, depending on how the trial goes. However, if all of us, or at least one of us gets infected, they’ll then extend the trial and infect ten more people with that same dose. If enough of us develop an infection, they’ll then use that dose in the vaccine trail they’re planning, but if we don’t get infected, they’ll bring in a new group of people and start the process again with a slightly higher dose.

How did your family react to your decision to take part?

My family understood why I was doing it, once I explained what it could achieve. They also knew how passionate I was about it. But they probably weren’t that keen for me to do it, and possibly slightly hoping that the trial wouldn’t get approved. However, they’ve now accepted I’m going ahead with it.

Is there anything that worries you about participating?

It was only after I signed up that I began to think about the risks and what I was actually taking on, but I’m comforted by the fact I'm 23, and in the lowest risk category for developing a serious infection or any side effects. I've also been through a rigorous health screening, which has proved me fit enough to do it. So, the odds really are in my favour. But obviously there are certain risks. Probably my biggest worry is long-COVID, because we don't really know what that is, or what the long-term consequences of it could be.

Even if I get serious side effects, to me the risk is completely justified by the benefits that this trial could bring. Never before have researchers been able to monitor this infection in somebody from day zero. Hopefully they can learn something from me about how to treat and prevent it.

Also, if I'm going to catch COVID-19, a hospital is probably the safest place to be. It's funny, because during the pandemic I’ve been working at a supermarket and so I've been hyper-conscious of not catching the virus, because if I do, it would eliminate me from the trial.

How will keep yourself busy during the trial?

I don't know, but I'd like to do something productive. At the very start of the pandemic, I signed up for a free online course to learn British Sign Language, which is something I’ve always wanted to do. So, I'm hoping to use this time to focus on that. Otherwise, probably a lot of FaceTiming with friends and Netflix.

I don't know if I’m downplaying it, but in my head, I’m expecting it to be like being stuck in my bedroom for two weeks, but every now and then a doctor will come in and take some tests. It’s just such an unknown. In a way, it’s quite exciting, but also a bit nerve-racking and hard to get my head around.