5 steps closer to a polio-free world

The road to polio eradication has been a long one so far, but in 2014, we’re closer than we’ve ever been to getting rid of the disease for good. Here are 5 reasons why. 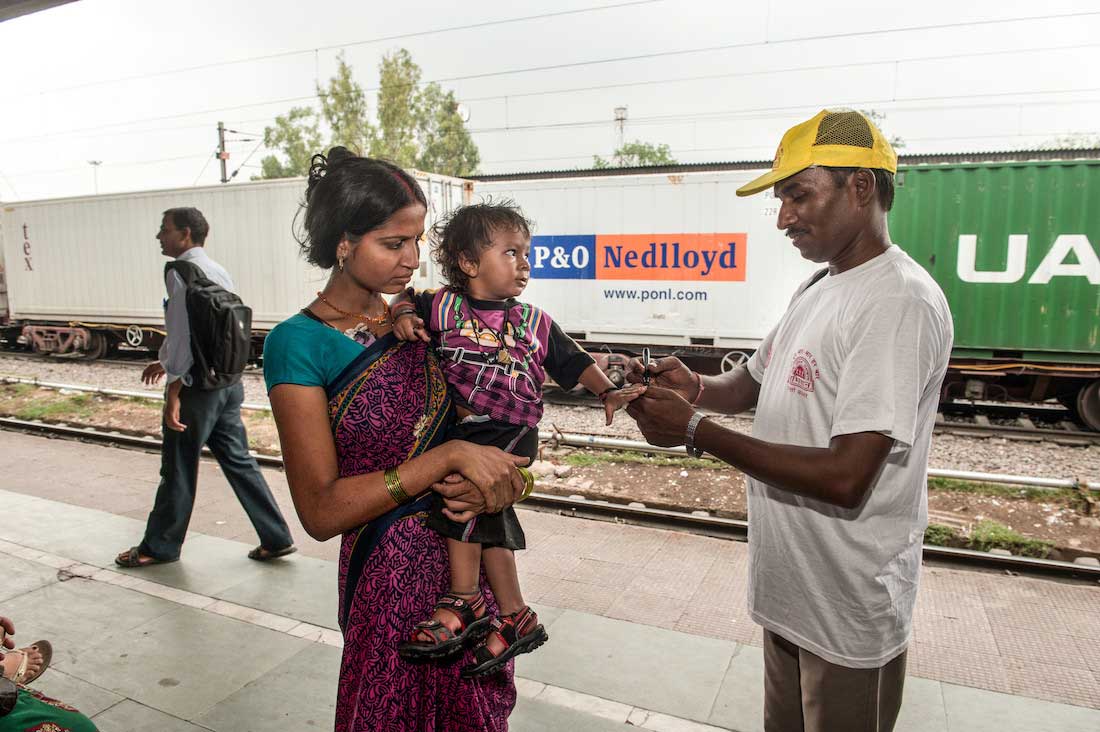 In the 1980s the problem of polio seemed almost insurmountable, with 125 endemic countries and 1000 children becoming paralysed every day across the globe. Monitoring, immunisation and strong international leadership has helped reduce the burden to just three endemic countries in 2014: Pakistan, Afghanistan and Nigeria.

This reduction has been a long time coming, but the intensive vaccine campaigns required to eradicate smallpox more than 30 years ago convinces us that the end of polio is a realistic prospect.

One of polio eradication’s biggest coups so far was when India – where 26 million children are born every year – was officially certified as polio-free by the World Health Organization earlier in 2014. Perhaps just as excitingly, the polio programme’s success is now being borrowed by those working to prevent other childhood diseases in India. For example, as the country scales up its use of the 5-in-1 vaccine, lessons learned from polio campaign will come in handy for reaching as many children as possible. Despite many difficulties and the biggest population in Africa, Nigeria is delivering in the fight against polio, with only 6 cases so far this year, compared to 49 this time in 2013. The secret to their success? A dedicated combination of health workers, population mapping and a push for measurably better performance. 4. A new approach for an old vaccine

A big step? We think so. Nepal’s introduction of IPV, an injectable polio vaccine like the one originally developed by Jonas Salk in 1950s, marks an exciting moment. This vaccine offers even better protection from polio outbreaks than the oral ones that have traditionally been used, and will aid the fight to defeat polio for good as more countries line up to include IPV in their routine immunisation plans. The global community has now set an end date for polio: 2018. With a comprehensive vaccination strategy, strong international partnership and widespread public support, there’s every chance that, together, we’ll get there. Happy World Polio Day! To get the latest on what the Global Polio Eradication Initiative, UNICEF, Rotary and other partners have been up to this World Polio Day, check out #WorldPolioDay and #endpolio on Twitter.