A new study suggests the RTS,S malaria vaccine alone is as effective as preventive antimalarials; together they could save thousands of lives. 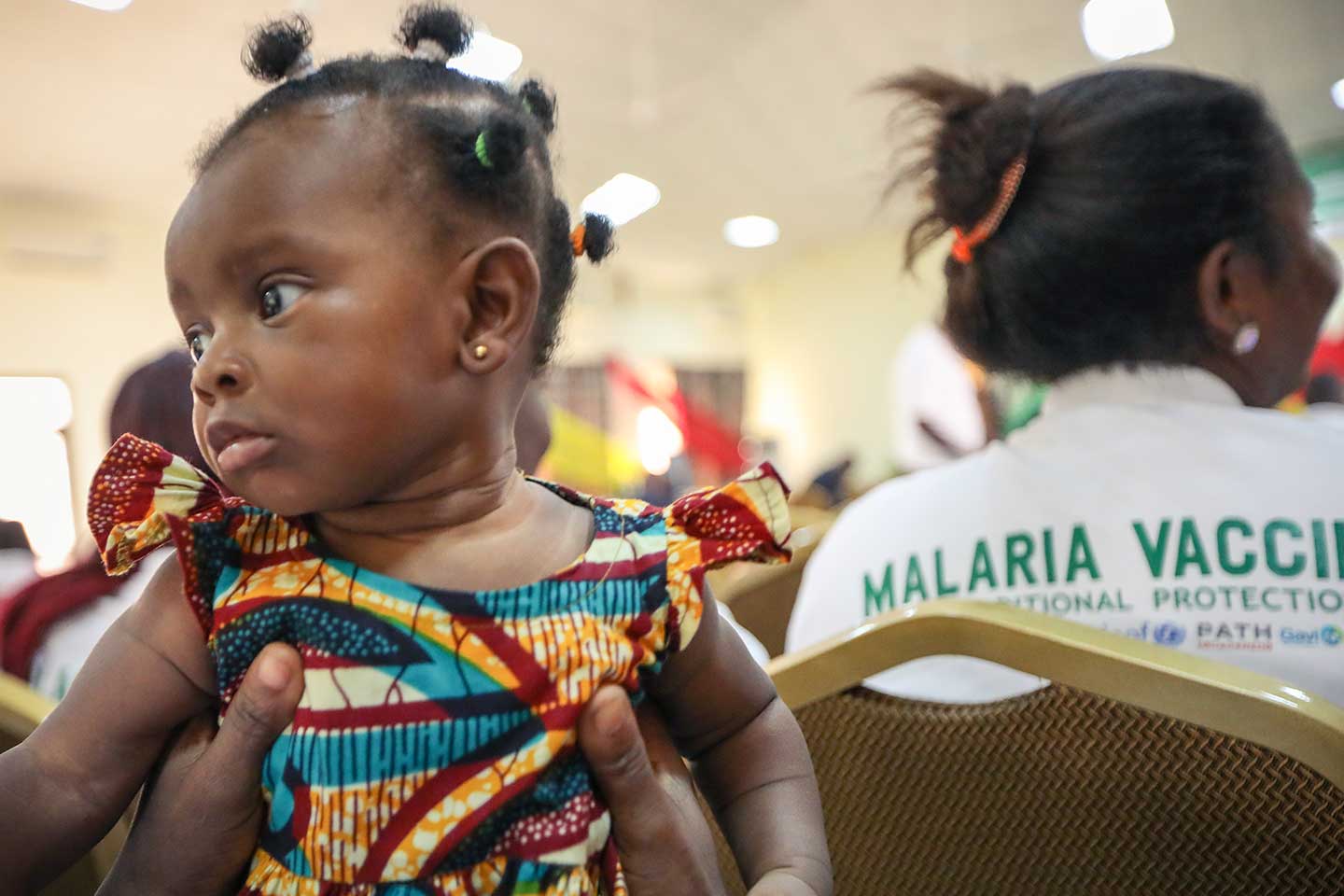 Despite progress in reducing global rates of malaria, the disease still kills around 400,000 people every year. Most of these are young children under five years old. In parts of the African Sahel and sub-Sahel, malaria has a ‘high season’ of several months that is particularly deadly for people in the region. Although children under five years are given seasonal malaria chemoprevention (SMC) – the drugs sulfadoxine-pyrimethamine and amodiaquine – which saves millions of lives, malaria is still the main cause of death for the 20 million under-fives that live in areas with high seasonal malaria.

A prior Phase 3 trial showed that three doses of the malaria vaccine RTS,S/AS01E offered about 50% protection over one year, and the vaccine is approved for use in four doses, at 38% efficacy over four years. However, the vaccine is more efficacious – around 70% -  in the months immediately after vaccination, which suggests that timing vaccination, like chemoprevention, just before the malaria season is a key strategy. As resistance to antimalarials is growing, testing how well the vaccine works on its own and in combination is important.

The study in Burkina Faso and Mali, which experience high seasonality and burden, included nearly 7,000 infants aged 5-17 months. The researchers divided them into three groups: one would receive four monthly doses of seasonal malaria treatment per year as is standard for these countries, another would receive five doses of the RTS,S/AS01E vaccine over 3 years, and the third group would get both the vaccine and the treatment.

The trial was coordinated by the London School of Hygiene & Tropical Medicine (LSHTM) with partners Institut de Recherche en Sciences de la Santé, Burkina Faso, and the Malaria Research and Training Centre, University of Science, Technology and Techniques of Bamako, Mali and published in the New England Journal of Medicine.

After three years, the combination of vaccination with RTS,S/AS01E lowered clinical episodes of malaria, hospital admissions with severe malaria and deaths from malaria. They also found that seasonal vaccination with RTS,S is as effective as four courses of seasonal malaria chemoprevention, an important finding if resistance to antimalarials increases.

Crucially, the vaccine was safe and effective in the children who took it – a few developed a fever, which is a normal side effect, but all recovered well. There were no cases of meningitis nor any deaths, which had been reported as extremely rare adverse events in prior trials.

For the thousands of very young children still dying from malaria every year, this finding is a lifeline. By reducing malaria deaths by 70%, the combination of the vaccine and antimalarials could make a significant difference to the global burden of malaria.

The study adds to the evidence being gathered by a major pilot programme currently taking place in three countries – Kenya, Ghana and Malawi – with funding from Gavi, the Global Fund and Unitaid. A decision on whether to recommend the vaccine for general use is set to be taken by the WHO later this year. Gavi recently entered into a new financing agreement with MedAccess and GSK to ensure doses of the RTS,S vaccine are available if a widescale rollout is then approved by the Gavi Board.