Stories from the community
Cross-postsPolio

A pediatrician and advocate reveals what’s at stake in the fight for global polio eradication – and why, despite recent setbacks, he refuses to despair. 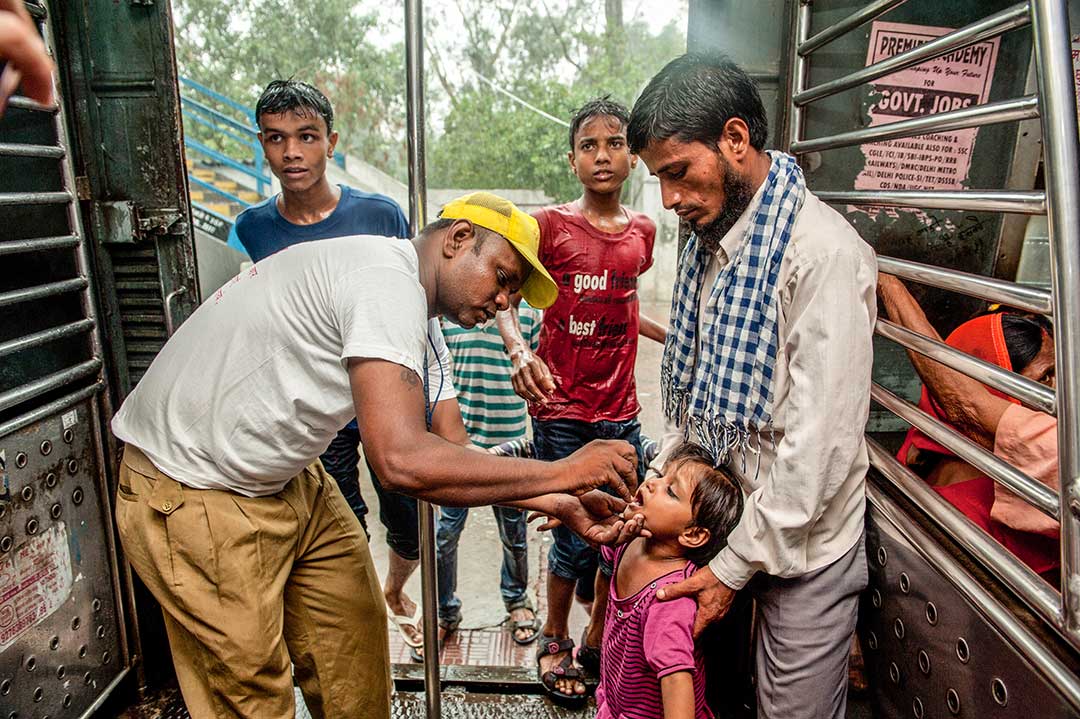 This article was originally published by the Bill and Melinda Gates Foundation on 13 October 2022.

In 1994, I was a young pediatrician in a small town in Gujarat, India. After a season of heavy rains, my community experienced a severe polio outbreak. In a single month, I diagnosed 55 children myself—and nearly one-third of those who fell ill eventually died. Many others were paralyzed. Every time another sick child came to my door, I prayed for it not to be polio.

Much has changed for the better since those days. Polio cases worldwide have dropped by 99.9% since 1988, when the Global Polio Eradication Initiative (GPEI) began, and wild polio now remains endemic in only two countries: Pakistan and Afghanistan. Eradication is so close, and entirely achievable.

And yet, we still cannot be sure that what I saw in Gujarat will never happen again. We need to immunize every child, even in the remotest places. We need to build trust in communities where misinformation has caused hesitancy and resistance to routine vaccines. And we must maintain global investment in this fight at a time when everything from a growing hunger crisis to the COVID-19 pandemic also rightly demands attention.

We need to build trust in communities where misinformation has caused hesitancy and resistance to routine vaccines.

We've seen some troubling setbacks this past year. Wild poliovirus strains linked to Pakistan have emerged in Malawi and Mozambique. A circulating variant known as cVDPV has been detected in wastewater in London, New York City, and Israel and has even caused paralysis in one patient in New York.

Today we are at a crossroads for global polio eradication. Recent events have underscored how quickly global progress could unwind if we don't keep up the pressure against polio. At the same time, I do not despair. India's story shows that we can stop this disease, even against the greatest of odds. I have seen firsthand this truth, for the fight against polio is the fight of my life.

India once made up 60% of the world's polio cases

Let's go back to Gujarat in 1994. At the time, polio in India accounted for 60% of all cases worldwide. The scale of the disease, combined with the vast geography and population of my home country, made polio elimination seem not just impossible but downright foolish in some people's minds.

And yet, many embraced this goal. With the help of the local Rotary Club, of which I was a member, I became involved in an immunization program. I began writing small booklets in Gujarati, the local language, explaining how polio was transmitted and the importance of immunization. With the help of Rotary, these booklets were translated and distributed in more and more communities. Eventually, I became so involved that I nearly lost my medical practice!

Soon, everybody was calling me "Mr. Polio." While other people might collect coins or stamps, my hobby became collecting information on polio and disseminating it in one booklet after another to communities at risk.

When India's government, whose leadership was tremendously crucial in the campaign against polio, started National Immunization Days, I got involved. Whenever I could, I convened meetings about the disease, bringing more people into the national campaign to eradicate this scourge. I also became more involved in the policy efforts to build a successful anti-polio campaign and ensure that every child received the immunizations they needed.

In the work of disease eradication, it's only human to doubt

Even with incredible partners and investments, staying committed to a goal as daunting as eliminating polio is a test of stamina, and a test of faith. My hospital was destroyed in an earthquake in 2001. At another point, I started to wonder if I was sacrificing too much time and effort on polio—I was exhausted, and my medical practice was suffering. I began to think, this has gone on too long and I can't keep working on it.

For guidance, I traveled 35 kilometers to a Hindu temple where the priest was singing arti—songs of prayer. I noticed then that the priest suffered from polio. I took that as a sign that my work should continue.

In my toughest moments, it was the individual people I connected with who helped me persevere. In 1996, as part of a polio monitoring team, I traveled to Banna Hutments on the outskirts of Kandla Town, where you had to walk through water to reach a piece of isolated land. There, I met a Muslim gentleman named Moosa Kaka.

Rather than taking direction from his mosque about whether to immunize his children, he wanted a commitment from me, as a medical professional. Moosa said that if I promised to look after the health of him and his children from then on, he would consent to have them vaccinated against polio. I agreed to this deal, and I fulfilled my commitment for the rest of his life and beyond. Ever since, I have taken care of his family whenever they need health care, for free or at concessional rates.

When Moosa was on his deathbed in 2007, I postponed a flight and rushed to take care of him. He is gone now, but his grandchildren are immunized and his friendship and legacy live with me. Just a few years later in 2011, India saw its last case of endemic wild polio. The persistence of many people at all levels—from India's government, which made deep investments, to doctors like myself building trust with people like Moosa—finally paid off.

The world is now on the cusp of polio eradication

Moosa taught me that most people just want to know that their family will be safe from polio, and they want to hear it from their doctor. It is with that same spirit that I and more than 3,000 other health experts and scientists from around the world recently came together and signed a declaration urging the global community to stay involved in this fight and fully invest in polio eradication before the disease can reemerge.

If we step up this challenge now, I'm optimistic that we can make polio the second human disease to be eradicated worldwide after smallpox. After successful campaigns to defeat wild polio in both India (certified free of wild polio in 2014) and Nigeria (in 2020), we know better than before what we must do to eradicate this disease forever: reach every child with a vaccine, wherever they live.

We also have new tools like better disease surveillance systems to detect potential outbreaks, and a new "type 2" oral polio vaccine (nOPV2) that is proving to be better at stopping outbreaks of type 2 variant polio more sustainably. In addition, the GPEI has launched a new five-year strategy that incorporates everything we've learned to date about successful polio response and applies these lessons to the local contexts of Pakistan and Afghanistan, wild polio's last redoubts.

But while we have backed polio into a corner, we simply cannot afford to let up now. The worrying wastewater results from major cities around the world could easily be the canary in the coal mine for what will happen if we don't invest fully in ending polio in the next decade. We have come so far in this fight over the past few decades. I want to keep my promise to my friend Moosa's children, and to all the world's children, by making polio forever a disease of the past. 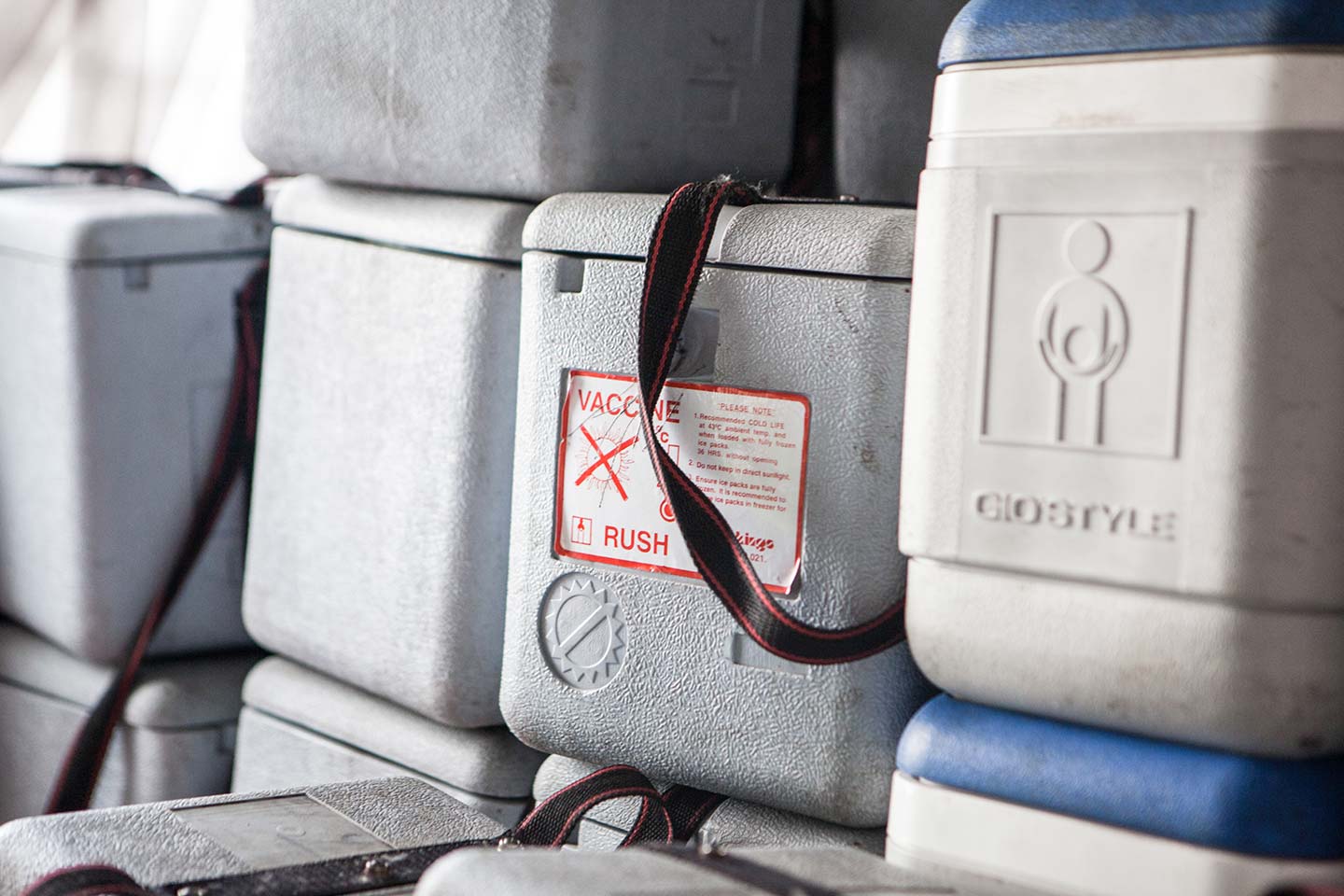