The programme to eradicate polio shows that mass immunisation is possible in India. 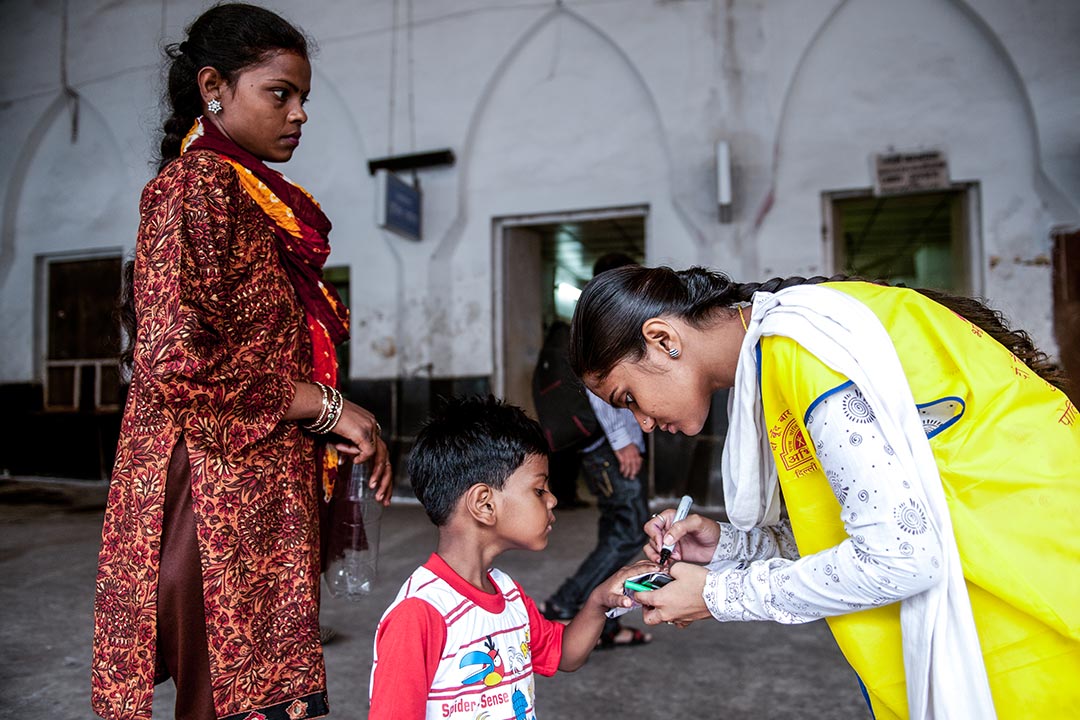 The last case of polio in India was reported in Howrah, West Bengal on 13 January 2011. Since then, India has been free of the disease, officially receiving polio-free certification from the World Health Organization on 27 March 2014.

“The absence of evidence is not evidence of absence. COVID-19 has caused a lot of delays in vaccination, so there is the anxiety of waiting and hoping there are no polio outbreaks in the country.”

The poliovirus, which causes flaccid paralysis in the central nervous system, has a long and tumultuous history in India, with country-wide immunisation initiatives and long-running battles with vaccine hesitancy.

The Pulse Polio Programme, India’s polio eradication initiative, was officially inaugurated in December 1995. At the time, the country was seeing between 50,000 and 150,000 cases each year.

India launched an aggressive polio immunisation campaign, including using celebrities to promote the programme and running advertisements in print media and on radio to encourage people to get the vaccine.

A nationwide network of health professionals worked together to keep an eye out for outbreaks of disease under the aegis of the initiative. To ensure that the target of 172 million children was met, almost two million health workers worked from a network of more than 5,000 stations, visiting millions of homes to administer vaccinations.

Although there have been no official cases of polio in India since 2011, epidemiologists are cautious about India’s polio-free status.

Jayaprakash Muliyil, an Indian epidemiologist and chairperson of the Scientific Advisory Committee of the National Institute of Epidemiology, says, “The absence of evidence is not evidence of absence. COVID-19 has caused a lot of delays in vaccination, so there is the anxiety of waiting and hoping there are no polio outbreaks in the country.”

COVID-19 has disrupted other vaccination programmes in the country and there is concern that other diseases have gone unreported during the pandemic. Nonetheless, the polio campaigns provide valuable insights into the country’s large-scale immunisation programmes’ challenges and successes.

The success of India’s polio eradication programme shows that the country is capable of large-scale immunisation. However, it is recognised that the COVID-19 vaccine is significantly different from the polio vaccine.

K. Srinath Reddy, the president of the Public Health Foundation of India, says, “A respiratory virus like COVID-19 can spread far faster and in a much shorter time than polio, which is an enterovirus.”

He notes that the COVID-19 vaccine is an injectable that cannot be done by volunteers, unlike the polio vaccine.

“The primary healthcare infrastructure is very critical in our fight against the COVID-19 pandemic. Primary healthcare can deal with the early detection of symptoms by households, ensure isolation, find the people who are getting sicker and need to be transferred to hospital, deal with vaccine hesitancy and vaccine delivery, provide in-home care for long COVID, etc,” says Dr Reddy.

Primary healthcare teams like ASHAs and Anganwadi workers have done remarkably well in India’s fight to eradicate polio in the country, and Dr Reddy believes that their engagement in the fight against COVID-19 is critical. This is evident in the lack of a community health worker scheme in the urban areas which initially bore the brunt of the pandemic.

Dr Alex Joseph, an associate professor of epidemiology at SRM Institute of Science and Technology, says, “COVID-19 vaccines have a short life span and must be used immediately, which is not the case in the oral polio vaccine. Also, each person receiving the dose must be observed for some time, which is challenging when you’re conducting a country-wide vaccination campaign.”

According to Dr Joseph, polio was not taken seriously in the early years, but aggressive campaigning to dispel polio vaccination misconceptions was helpful in overcoming vaccine hesitancy.

Despite the differences between the campaign for COVID-19 and polio, the principles of immunisation have been shaped by the earlier campaign against polio in India. The lessons from the fight against polio show how much the country relies on the primary healthcare infrastructure and how important it is to remobilise community healthcare workers.