In episode 8 of the Global Health Matters podcast, we spoke to Professor Margaret Gyapong of the University of Health and Allied Sciences in Ghana and Dr Lee Hampton of Gavi, the Vaccine Alliance. These experts shared their views on how implementation research and pilot evaluations can play a key role in health programmes for diseases such as malaria, yellow fever, typhoid and more. 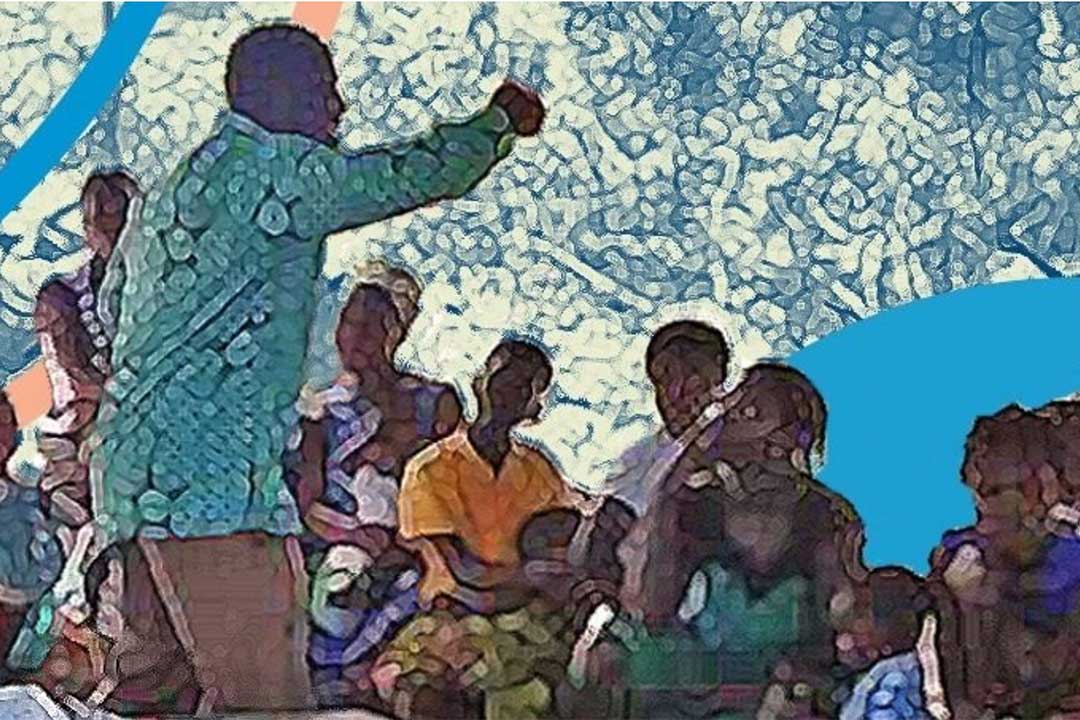 “The community leader had a register of everybody and knew any woman who had delivered and anyone who had come into the community. It was such a fantastic system, and that’s why this remote village had such high vaccine coverage.” As Professor Margaret Gyapong describes it, this is just one of the unexpected findings from implementing a new malaria vaccine in Ghana, building on years of hard work on clinical trials.

Professor Gyapong of the University of Health and Allied Sciences in Ghana, who led one of the evaluations of the malaria vaccine implementation programme, and Dr Lee Hampton of Gavi, the Vaccine Alliance, discuss the important role of implementation research to inform the use of health innovations for malaria, yellow fever and typhoid control in episode 8 of the Global Health Matters podcast: “Discoveries from vaccine implementation”.

Their conversations with host Dr Garry Aslanyan coincided with a historic moment in global health history when WHO recommended widespread use of RTS,S, the first ever malaria vaccine for young children at risk.

Although countries have made great progress on malaria control in the past two decades, particularly through the scale-up and use of bed-nets and other measures, malaria continues to take a huge toll on human life. In 2019, the disease killed 409,000 people, two-thirds of whom were children under five years old. And Africa is most affected with 94% of malaria cases and deaths on this continent. African children are at highest risk of dying of malaria.

The WHO malaria vaccine recommendation was informed by evidence and experience from the malaria vaccine pilot implementation programme in Ghana, Kenya and Malawi and other clinical evidence generated since 2015. The pilot programme is coordinated by WHO and led by the Ministries of Health in each of the pilot countries, in collaboration with PATH, GlaxoSmithKline, UNICEF and other international and country-level partners. Since 2019, more than 800 000 children in the 3 countries have been reached with the malaria vaccine.

This is an excellent example of how evidence based on implementation research tells us how effective health interventions, such as vaccines, will be in real life, after clinical trials show its efficacy and safety.  Such evidence informs strategies for improving their effectiveness and impact.

Professor Gyapong led the pilot study in Ghana to collect and assess caregiver and health worker experiences and behaviours related to the malaria vaccine pilot introduction. Even though she is a veteran of implementation research (being one of the original architects of TDR’s Implementation Research toolkit) she described the study as an “eye-opening” experience. 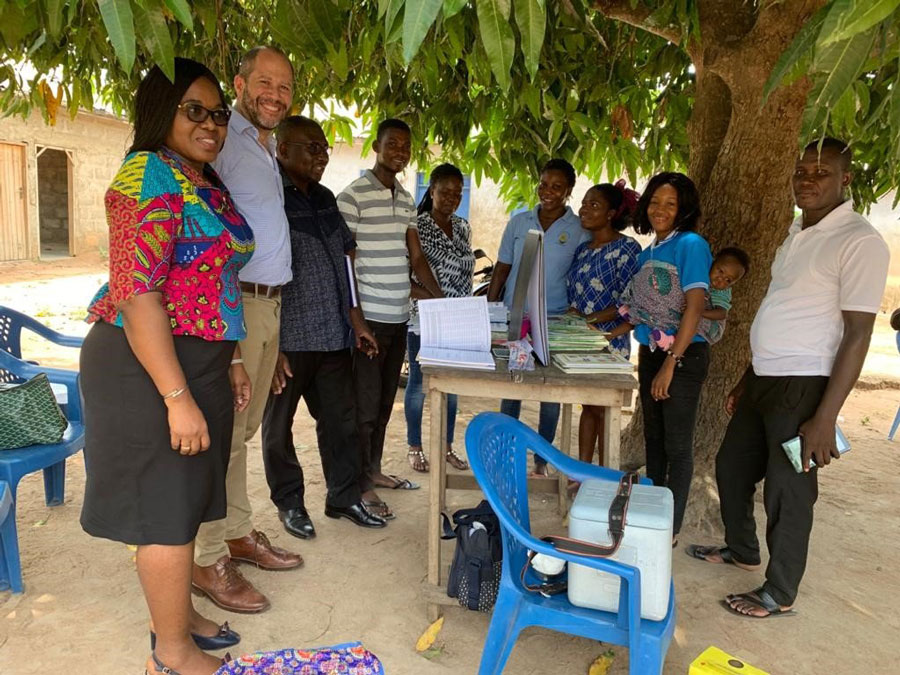 The community leader Professor Gyapong speaks of in the podcast is someone she met in Abrewangko, a village on the banks of the Volta river. A more inaccessible place is hard to imagine, as it takes endless hours of driving and ferry rides to reach. Yet because of his leadership and detailed knowledge of the community, Abrewangko was able to reach high vaccination coverage rates.

The malaria vaccine pilot also showed Professor Gyapong that it is critical to understand the attitudes of parents. Her team used a “photo voice” approach to allow community members to be heard during the malaria vaccine introduction. In response to the idea of children being vaccinated, a woman showed a picture of a scorpion. The woman was scared that the malaria vaccine was as painful and dangerous for her child as a scorpion sting. This important information about attitudes can inform public health messages about the safety and life-saving potential of the malaria vaccine and other vaccines. 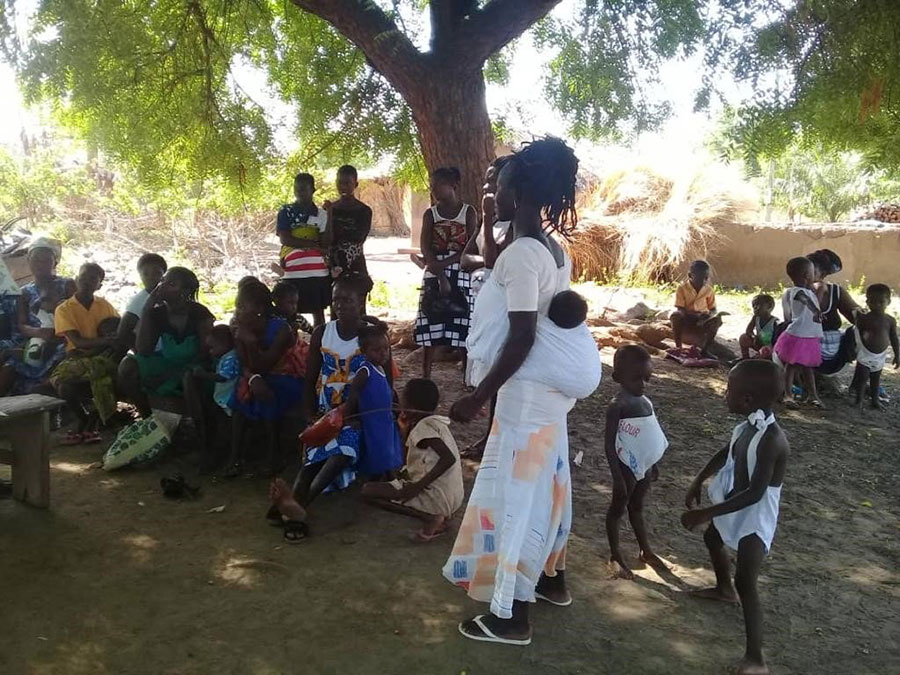 It’s equally important to assess the needs of frontline workers who are delivering the vaccines. “Health workers at the regional and the district level had a full week of training, while the ones who are actually supposed to give the vaccinations had two or three days of training, and they complained bitterly about that.” This is an insight relevant to COVID-19 vaccination efforts as well, she said.

Dr Lee Hampton, whose work at Gavi focuses on disease surveillance, spoke about implementation research in the context of typhoid and yellow fever vaccination.

Some of the most useful insights, Dr Hampton says, comes when someone “realizes that they can do something better than the game plan they've been given. And then they do it, and document it, and make people aware of it. That initiative shown by people at ministries of health or national health institutes is absolutely critical because that's where the best ideas can come out.”

Gavi’s Board has agreed that once the malaria vaccine is licensed and recommended by WHO, it could discuss playing a role in supporting the roll out. Implementation research on the malaria vaccine will remain important as its use expands, Dr Hampton notes.

“Given the range of options available for protecting against and treating malaria, implementation research will be key for understanding how to best use the malaria vaccine alongside existing tools such as bed nets in the different types of settings affected by malaria,” he said.

This article was first published by the TDR on 10 November 2021.