False negative: How long does it take for coronavirus to become detectable by PCR?

It takes time for coronavirus to become established in the body, so a negative test doesn’t necessarily mean you won’t test positive later on. 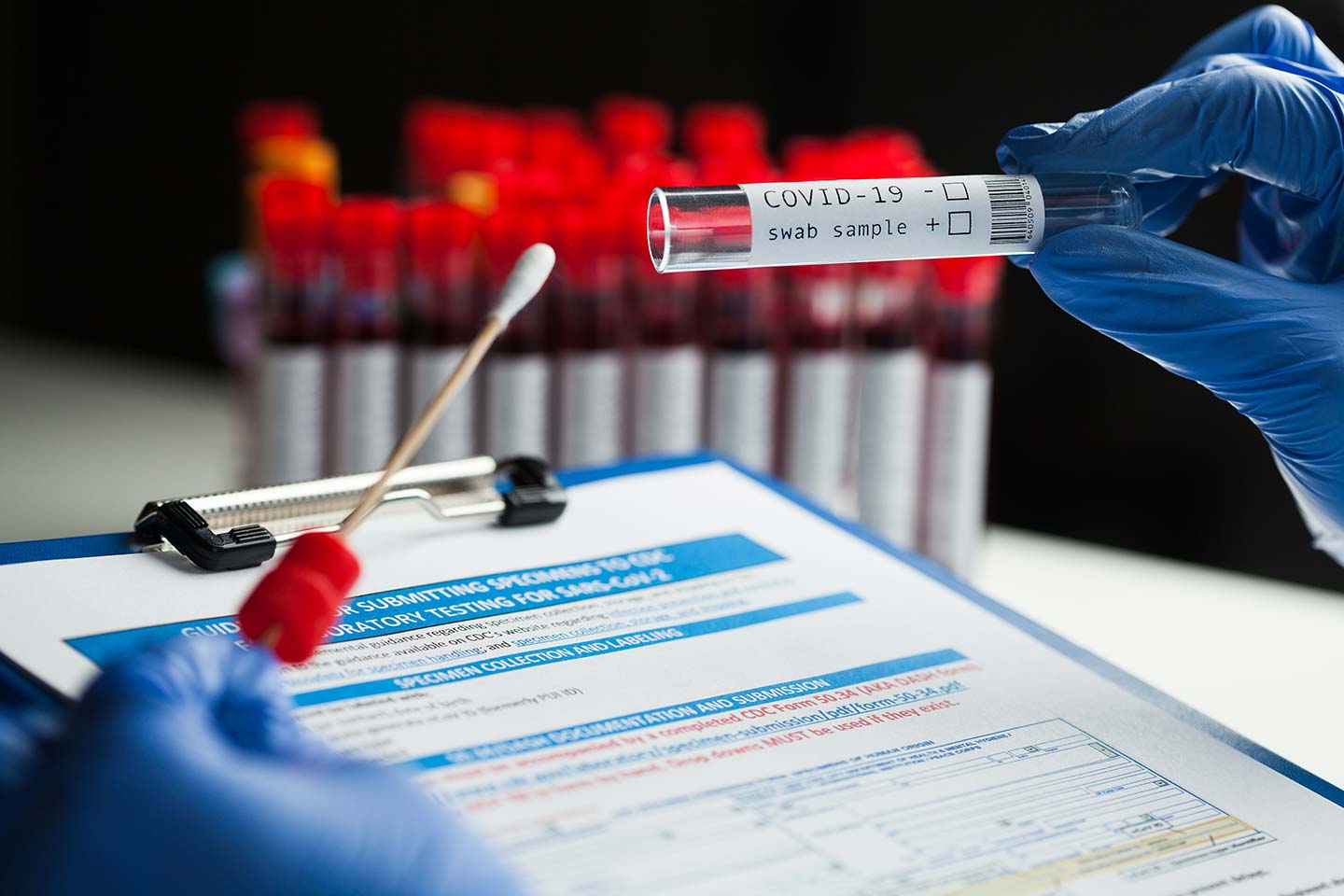 You sit next to someone who is infected with coronavirus. As they breathe out and you breathe in, some of their viral particles become attached to cells lining your nose and upper airways, and begin to gain entry. Yet, if you were to do a PCR test at this stage, you would most likely test negative. Why?

Less sensitive lateral flow or rapid-antigen tests require a higher viral load to record a positive result, which is why they often only identify people during their most infectious period.

The precise timing of these events is influenced by the rate at which the virus replicates once it has infected cells, and whether these cells are implicated in transmitting the virus to other people - as well as how much virus the person was initially exposed to, how they were exposed, their biological susceptibility to that type of virus and their immune response.

Similar factors may also influence when individuals start to test positive for the virus, using diagnostic tests such as PCR or lateral flow tests.

SARS-CoV-2 tends to infect cells lining the airways, often striking those in the nose first. Once inside these cells, it releases genetic material called RNA, which the host cell turns into proteins, assembles into new viral particles and then shuttles to its surface and releases. These viral particles then infect new cells lining the airways, gradually increasing the amount of virus in the body (viral load), and the amount being breathed out by the infected person.

Studies have suggested that PCR tests start to detect RNA from SARS-CoV-2, roughly 1-3 days before the onset of symptoms – similar to when people start to become infectious – with the highest viral loads observed during the first few days of symptoms (assuming the person is symptomatic). From this point, the amount of virus gradually declines, until it can no longer be detected by PCR. In general, asymptomatic people may test positive for 1-2 weeks, while those with mild-to moderate disease often continue to test positive for a week or more after this.

Less sensitive lateral flow or rapid-antigen tests require a higher viral load to record a positive result, which is why they often only identify people during their most infectious period.

Even though PCR tests are widely regarded as the gold-standard for detecting SARS-CoV-2, they are not perfect, and their probability of detecting an infection will vary depending on when that test is performed. A PCR test done to confirm a coronavirus infection in someone who has recently developed COVID-19-like symptoms, is more likely to detect the presence of viral RNA, than a test performed on someone who only became infected the day before, or who became infected several weeks ago.

How carefully material was collected from the nose and/or throat could also influence the likelihood of an infected person testing negative (a false negative) – with home tests likely to be less accurate than those done by professionals.

In one recent study, Chinese researchers attempted to contact all close contacts of individuals who had tested positive for COVID-19, but who had tested negative themselves, and invited them to perform an antibody test. The results suggested that the PCR tests missed 48 (36%) out of 134 infected close contacts. “Even rigorous [PCR testing] protocols might miss a substantial proportion of SARS-CoV-2 infections, perhaps in part due to difficulties in determining the timing of testing in asymptomatic individuals for optimal sensitivity,” the authors wrote. Despite these limitations to testing, the authors also noted that the overall control programme (which included strict quarantine measures post-exposure) was successful in controlling the spread of the virus.

Another study estimated that the probability of an infected person falsely testing negative on the day they contracted the virus was 100%, falling to 67% by day four of the infection. If they took a test on day five, the typical day people develop symptoms, the chance of a false negative result was 38%, dropping to 20% three days after the onset of symptoms (or day eight since exposure).

Such findings emphasise the need to remain cautious if you’ve come into contact with an infected person, even if you initially test negative. They also highlight the importance of a multi-pronged control strategy, including quarantine measures for those exposed to the virus, and explain why many countries require travellers to conduct two PCR tests – one shortly before or after arrival, and another some days later, in case the first test misses the virus.

Finally, the ability of PCR tests to detect tiny amounts of viral RNA – even from inactivated or “dead” virus – means they may continue to return a “positive” result long after the period of contagiousness has ended. A recent study published in The Lancet Microbe suggested that, in most people, there is no longer any live virus in the body nine days after the onset of symptoms – even though they may continue to shed viral RNA for weeks, or sometimes months after this. So, a positive PCR result doesn’t necessarily mean you’re able to transmit the virus to other people. However, because of the difficulty identifying when asymptomatic people are infectious, it is important to self-isolate for the recommended quarantine period where you live (usually 10-14 days) after receiving a positive PCR test result to avoid infecting others.