Since January 2021 COVAX has shipped more than 1.8 billion COVID-19 vaccines to 146 nations across the globe. Ninety percent of these doses have gone to lower-income countries and territories, but why does COVAX’s model also support higher-income nations? 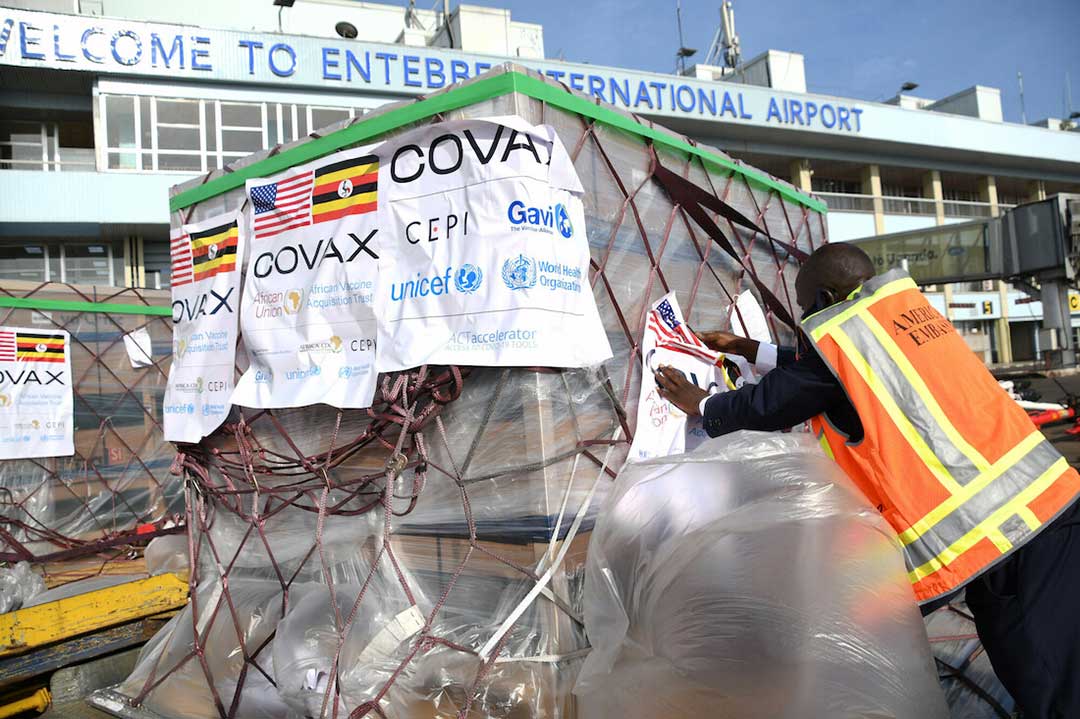 A consignment of 840,000 doses of J&J COVID-19 vaccines through the COVAX for refugees and migrants shipped by UNICEF arrive at the Entebbe International Airport. Credit: Maria Wamala

Equity has been the guiding principle of COVAX since it was established at the beginning of the COVID-19 pandemic. Above all this meant righting the injustice of vaccine access – in previous pandemics too many vaccines were going to a handful of nations with the deepest pockets, with the majority of the world left at the back of the queue.

To solve this, COVAX first set up the Advance Market Commitment (AMC), which would take funding from donors and use it to purchase doses for 92 lower-income countries and territories across the globe. This mechanism has now delivered more than 1.6 billion doses to these lower-income countries, bringing coverage for two doses of vaccine up to 51% of people in these countries, compared to the global average of 63%.

At a practical level, bringing all countries to the table and establishing relationships in the early days of the pandemic ended up being critical to COVAX’s success.

However, participation in COVAX was not limited to lower-income countries. Over 190 nations in total joined the mechanism, including more than 100 upper-middle-income and high-income countries and territories. These wealthier nations could receive vaccines through COVAX by financing the doses themselves, and more than 187 million doses have now been shipped to 69 of these participants.

As the world moves from the emergency phase of the pandemic, COVAX is now shifting to a focus on lower-income countries, but why were these self-financing participants part of the initial model?

1. COVAX was intended as a global solution to this pandemic: this meant leaving no country behind

Pandemics don't respect borders, as COVID-19 duly proved. Therefore to tackle this global pandemic we needed a truly global solution. A country's GDP offered no guarantee of equitable access. This was an even more pressing concern because no one knew how many approved COVID-19 vaccines there were going to be. For example, one early concern was that upper-middle-income countries, who had missed out on vaccines during the H1N1 pandemic despite having the financial resources to purchase them, would remain unsupported in a model that focused only on lower-income countries – leaving millions of people without access to vaccines and unprotected in large parts of the world.

As we now know all too well, in a pandemic no one is safe until everyone is safe, so COVAX needed to ensure there were no countries forced to go without vaccines, rich or poor. Both the public health and symbolic impact of making this multilateral solution open to every country, rather than only lower-income nations, cannot be understated. This was an insurance mechanism in which the majority of the world had a stake.

While high-income countries were largely able to access vaccines through bilateral deals with manufacturers, 18 self-financing participants, (both high and upper-middle income countries), received more than 20% of their total COVID-19 doses via COVAX. COVAX doses have been a steady and increasing share of supply to participants since early 2021.

3. COVAX provided self-financing participants with flexibility, meaning countries with enough doses could give up their COVAX vaccines to nations that needed them

COVAX was not intended to be the sole purchaser of vaccines for the world. It was designed to provide an insurance mechanism to all countries in the face of unknowns around vaccine development during the early months of the pandemic.

Back then there was no guarantee that any of the vaccines in development would end up being effective. COVAX, with the world's largest vaccine portfolio, would allow countries to ensure they had access to whichever vaccines did make it over the line, ensuring effective vaccines could be efficiently allocated in an equitable manner, to make the biggest impact on controlling the pandemic.

However it was clear in the best-case scenario, in which the majority of the vaccines in development did turn out to be effective (which is the scenario that, thanks to the incredible efforts of researchers across the globe, did come to pass), COVAX-procured doses would not be required by countries which had the means to negotiate early bilateral deals with manufacturers.

This is why COVAX developed a model, in consultation with countries, with two options – optional and committed. The optional model meant self-financing participants with sufficient supply could opt out of getting COVAX doses, leaving more doses for others. This proved prescient, and in the end the vast majority of COVAX doses have gone to lower-income countries and territories as part of the COVAX AMC.

4. Self-financing participants were key to COVAX's ability to deliver

At a practical level, bringing all countries to the table and establishing relationships in the early days of the pandemic ended up being critical to COVAX's success. It helped COVAX rapidly raise billions in funding and address later challenges, such as establishing a successful dose sharing mechanism which has to date successfully delivered 777 million COVID-19 vaccine doses to 111 countries and territories.

Rallying countries under the banner of multilateral cooperation and seeking their buy-in was a fundamental element in the sustained global interest in COVAX and its work over the first two years of this pandemic.

What's more, the upfront payments from self-financing participants, alongside the initial US$ 2 billion raised for the AMC, helped COVAX make earlier supply contracts and down payments.

5. Many self-financing participants paid less for their vaccine doses than they would have done in bilateral deals with manufacturers

Due to the fact that COVAX was able to bulk purchase on behalf of nations across the world, COVAX was able to negotiate lower prices than many countries were able to access bilaterally. These figures are likely to have offered significant savings, meaning many self-financing nations were able to protect their populations at a lower cost thanks to COVAX. 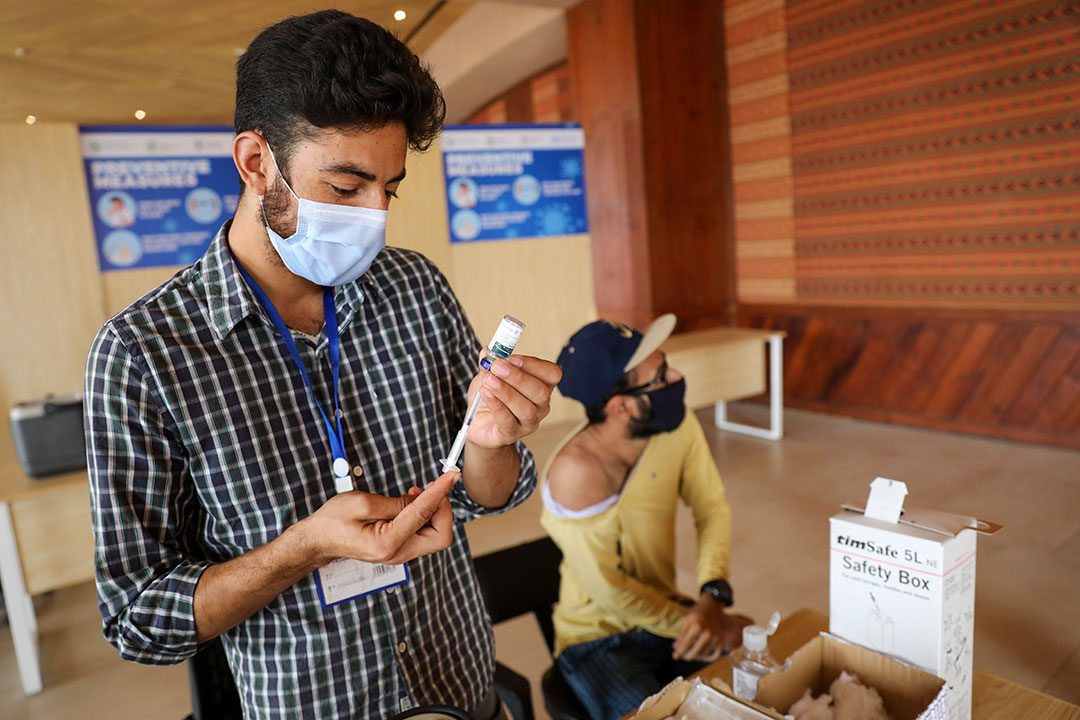 5 things to know about COVAX in September 2022 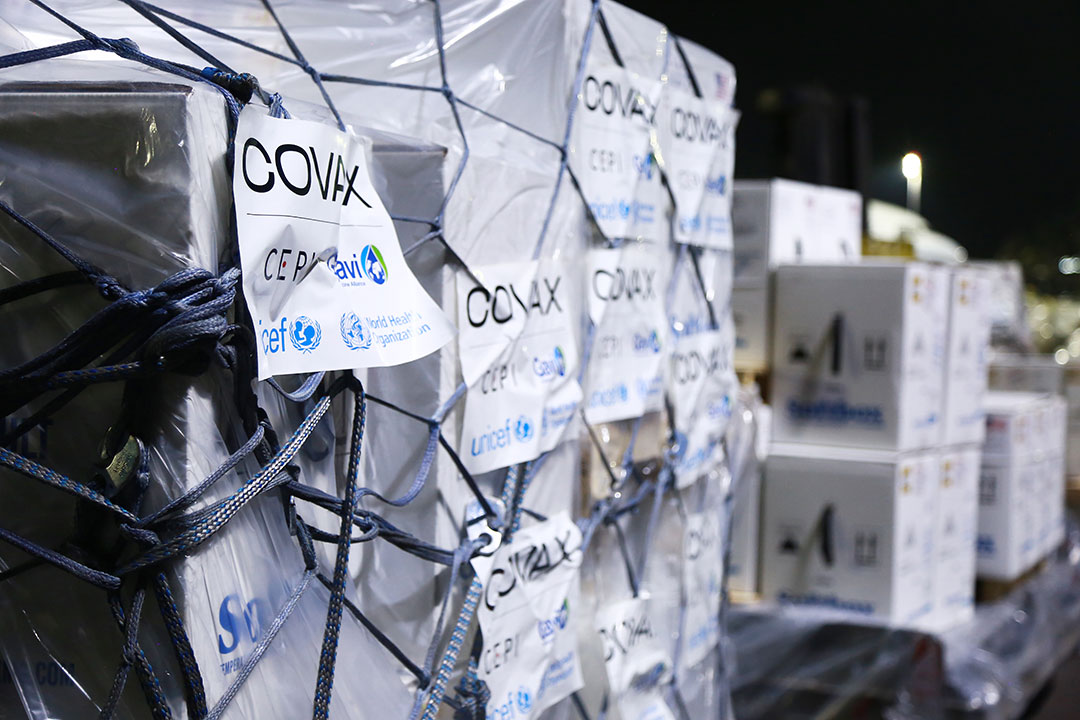