Going universal: The search for an all-in-one coronavirus vaccine

Instead of working to make vaccines against each unique coronavirus or variant, what if we could provide broad protection across the field through an all-in-one coronavirus shot? 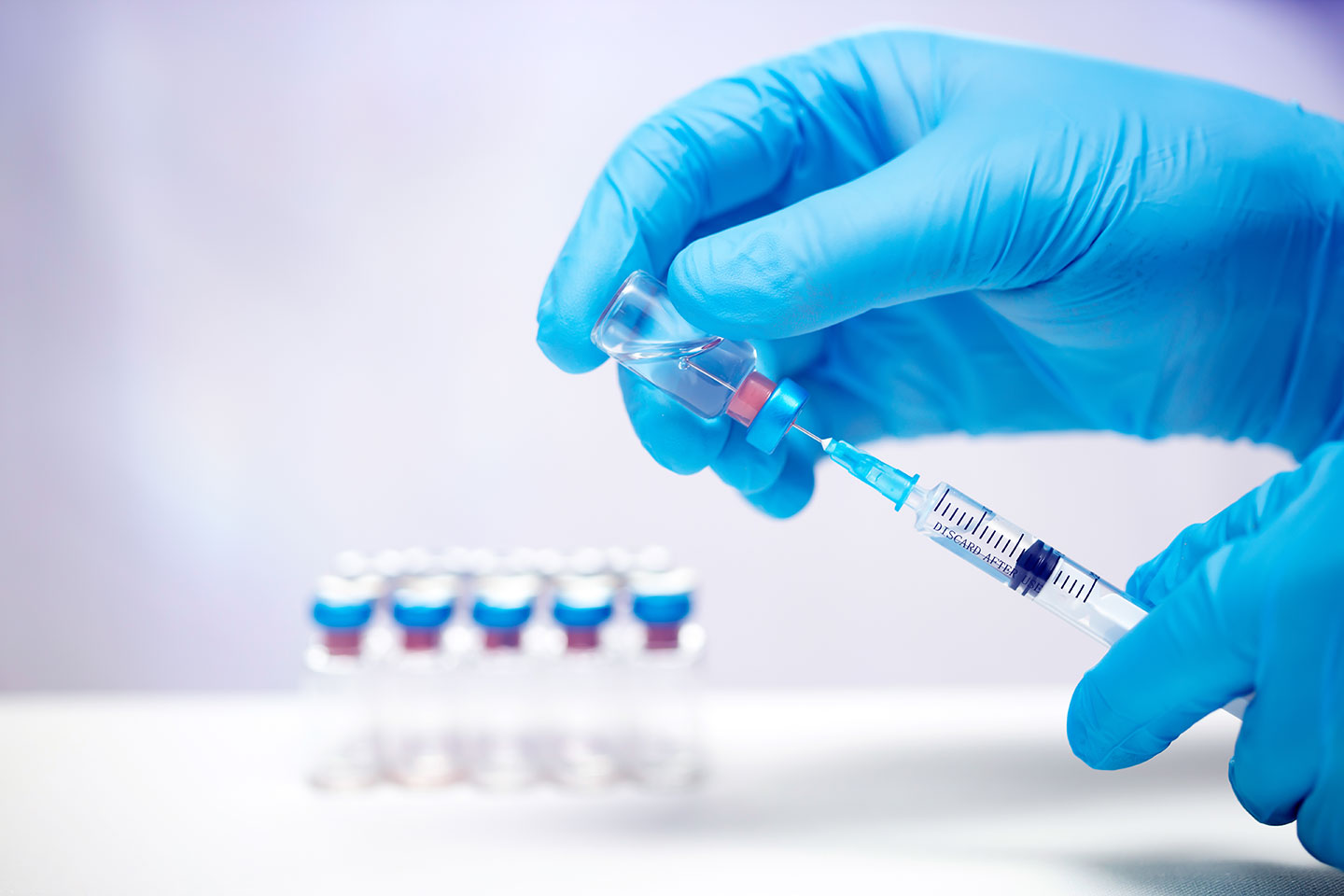 For the past year, our world has been shaken by the rapid, global spread of SARS-CoV-2, the novel coronavirus causing COVID-19. There have been more than 110 million confirmed cases globally, over 2.5 million deaths, and current projections suggest this pandemic will cause up to US$28 trillion worth of economic damage by 2025.

The swift development of safe and effective vaccines against this disease has been a monumental achievement but we remain in a race against the virus. The emergence of new variants means that developers must rapidly revisit plans – which could impact the rollout of currently available doses and require further funding and resource to ensure countries do not get left behind.

But the challenge posed by this more complex stage of the pandemic has got scientists thinking. As the virus behind COVID-19 is just one of seven known human coronaviruses – and more are likely to “jump” into the human population in the coming years – a different approach to the current ‘one bug, one drug’ method is needed. Instead of working to make vaccines against each unique coronavirus or variant, what if we could provide broad protection across the field through an all-in-one coronavirus shot?

This is something CEPI is exploring with further details due in the coming weeks.

A short history of coronaviruses

To move ahead with the creation of a pan-coronavirus vaccine, we first need to look to the not-so-distant past.

While humankind have been battling the emergence of pathogens for millennia, coronaviruses are a relatively new recorded disease phenomenon. The story of serious known human coronavirus infection starts just under twenty years ago, when people began to fall ill in Guangdong Province, China, in 2002. Patients presented with respiratory symptoms including shortness of breath, high fever as well as dry cough and the disease spread rapidly across South East Asia as well as in Toronto, Canada, following a series of infections arising at a hotel in Hong Kong. By March 2003, the World Health Organization (WHO) had issued a global alert for a “severe form of pneumonia of unknown origins”.

Immediately after cases began to emerge, researchers attempted to uncover the causative agent, reporting the identification of a novel coronavirus. First identified in animals in the 1920s, coronaviruses are a group of related viruses, with the name – derived from the Latin “corona” meaning “crown or “wreath” – informally coined in 1968 to designate the newly identified viral family with crown-like spikes on their surface. The new virus was named by the WHO after its symptoms: Severe Acute Respiratory Syndrome coronavirus, or SARS-CoV.

Although people around the world were commonly known to get infected with mild human coronaviruses ‘OC43’ and ‘229E’, the 2002/3 SARS-CoV outbreak demonstrated that this viral threat could be far deadlier and given global accessibility, could quickly travel around the world. By the time the outbreak was contained in July 2003, SARS had affected 8098 people in 29 countries and resulted in 774 deaths.

Following SARS-CoV’s deadly warnings, over the course of the subsequent decade, scientists identified a number of other related coronaviruses, named ‘NL63’ and ‘HKU1’. Like their sister viruses ‘OC43’ and ‘229E’, these too were associated with mild symptoms and seemed to not cause much concern.

However, their deadly potential was once again discovered in 2012, when another novel threat was identified in the Middle East – this time appearing to jump from infected dromedary camels, thought to be the disease’s major reservoir, to humans. The clinical spectrum of infection ranged from no symptoms (asymptomatic) to severe disease, with the virus appearing to cause more serious problems in older people, or those with weakened immune systems and chronic disease. Unlike SARS, which has seen no documented cases since 2004, infection with this new coronavirus disease – named Middle East Respiratory Syndrome (or MERS) – has caused sporadic outbreaks since its identification, with a case fatality of 35%. In light of its epidemic potential, MERS has been a priority focus for CEPI since our inception, providing over US$140 million to develop vaccine against the pathogen.

Now, the emergence of the latest novel coronavirus, SARS-CoV-2, which has caused devastation across the world, marks the seventh human coronavirus to be identified – and it is unlikely to be the last. The USAID PREDICT programme, which worked to identify likely sources of zoonotic diseases, discovered 113 novel coronaviruses in animal populations. With environmental changes such as climate change, habitat destruction, and human encroachment into previously isolated areas, our increasing interactions have created a fertile space for these coronaviruses to ‘hop’ between species.

With this future risk and the significant suffering and loss of lives following SARS and MERS epidemics, and COVID-19 today, the coronavirus family remains a potential danger to our health and highlights the need to protect against its current and future threats.

What can the ‘shape-shifting’ flu teach us?

Although the COVID-19 pandemic has sped up ideas to create a universal coronavirus vaccine, the drive to develop an all-in-one virus protection device isn’t new.

The flu vaccine, for example, is designed to elicit antibodies capable of neutralising the virus if an individual becomes infected. However, given the ‘shape-shifting’ abilities of the flu virus – with its frequent mutations and hundreds of strains – the vaccine is delivered to populations on a seasonal basis, typically only tackling the predominant strain circulating that year and becoming ineffective in subsequent years against other strains.

In recognition of the costs and difficulties associated with this year-to-year approach (seeing vaccines being continually amended and immunisation campaigns running annually), scientists have theorised that long-lasting immunity could be provided through a more broadly protective or even universal flu vaccine targeting the different strains. It would not only aid the responses to seasonal influenza but could also be critical tools for preventing a potential flu pandemic.

Knowledge of the structure of the flu virus describes how such an approach may work.

Multifunctional proteins, called haemagglutinin, are contained on the surface of the flu virus which help it attach to host cells. The “head” of these proteins is the target for annual flu shots, but this section frequently mutates and varies between strains, meaning that vaccine developers have to update their vaccine formulations every year. A vaccine that instead focuses on a more stable part of the virus such as the “stalk” of the haemaglutinin protein, could work against multiple strains and provide broad protection against a wide range of flu strains or even potential universal protection.

Applying this concept to a coronavirus vaccine

Such flu vaccines are still in the works, but the logic behind them could also be applied to the development of a broadly protective coronavirus vaccine.

Instead of using the spike protein of SARS-CoV-2, which is prone to mutations, as the key target for coronavirus vaccines, researchers are assessing other parts of the virus that are known to be more stable.

For example, scientists at the University of Nottingham in the UK are working alongside pharmaceutical company Scancell and Nottingham Trent University to test its COVID-19 vaccine candidate, SN14, which targets both the spike protein as well as the nucleocapsid, or N-protein. By targeting this additional viral structure, which is far less likely to mutate, the vaccine if found safe and effective could work to protect people against COVID-19 irrespective of any mutations to the spike protein and, in theory, could work across other coronaviruses.

Elsewhere, CalTech in the US have engineered a prototype all-in-one vaccine using a nanoparticle to hold fragments of the spike protein from multiple known coronaviruses. The innovative platform was found to trigger the production of antibodies against several coronaviruses in preclinical testing last month. Importantly, it not only protected against the coronavirus antigens in the vaccine but also against related strains, suggesting an immune response had recognised common features across coronaviruses. This approach could therefore provide protection against newly emerging coronaviruses in the future.

Given these promising areas of work, CEPI is also exploring the need to develop a broadly protective coronavirus vaccine, with further details on our work to be provided in the coming weeks.

If such technologies are to advance and pass clinical testing in the future, it may be possible to provide an all-encompassing vaccine that could work against known coronaviruses, including SARS, MERS and COVID-19, as well as quickly and effectively quashing any future outbreaks should a novel coronavirus ‘jump’ into the human population.

This will be an incredibly challenging area of work, but it could come with tremendous benefits. Not only could a universal coronavirus vaccine help mitigate the damaging effects of another COVID-19-like pandemic, it could also help reduce the time taken and funding spent continually updating vaccine formulations and people continually visiting clinics year on year to get their specific coronavirus shots, should they become available. Moreover, by providing broader protection, a vaccine could reduce the amount of virus in circulation, thereby minimising the chances of variants emerging.

The past twenty years has shown just how damaging coronavirus outbreaks, and today pandemics, can be. By acting now to develop a more broadly protective vaccine, we can protect ourselves alongside future generations, and work towards making this deadly threat one for the history books.

Update: CEPI has launched a funding call to advance development of broadly protective coronavirus vaccines. Up to US$ 200 million in funding will be allocated for development of vaccines that provide broad protection against SARS-CoV-2 and betacoronaviruses. Further details on the call can be found here.

This article was first published by CEPI on 1 March 2021.

This blog post is part of CEPI’s COVID-19: What Next? campaign. Find out more here. 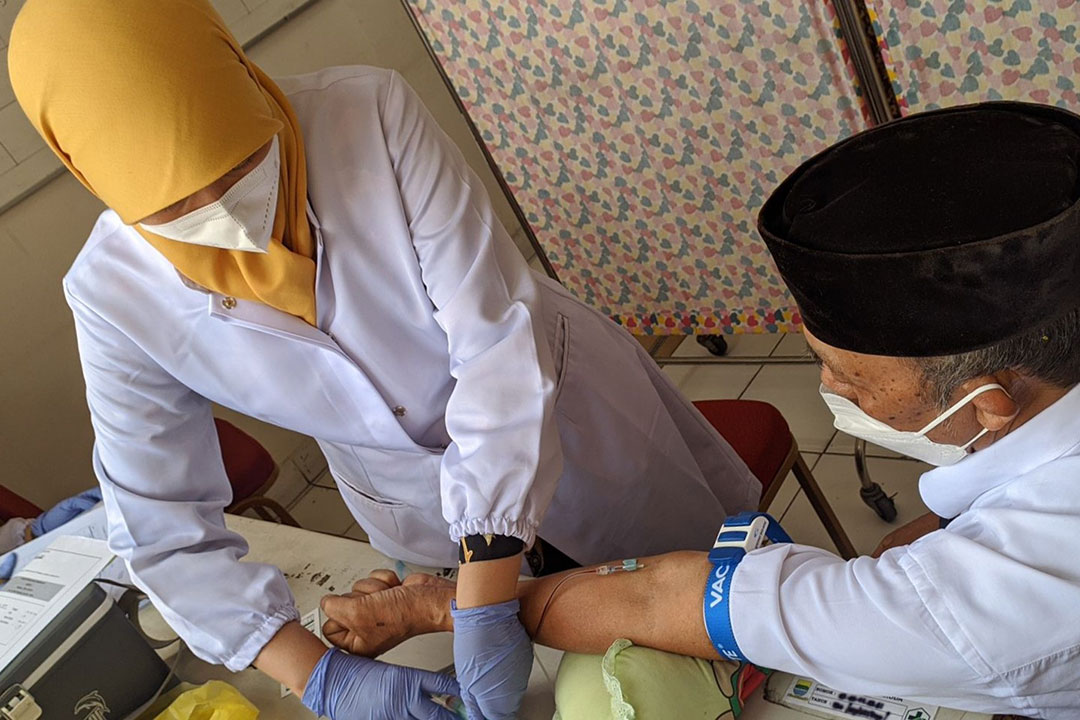 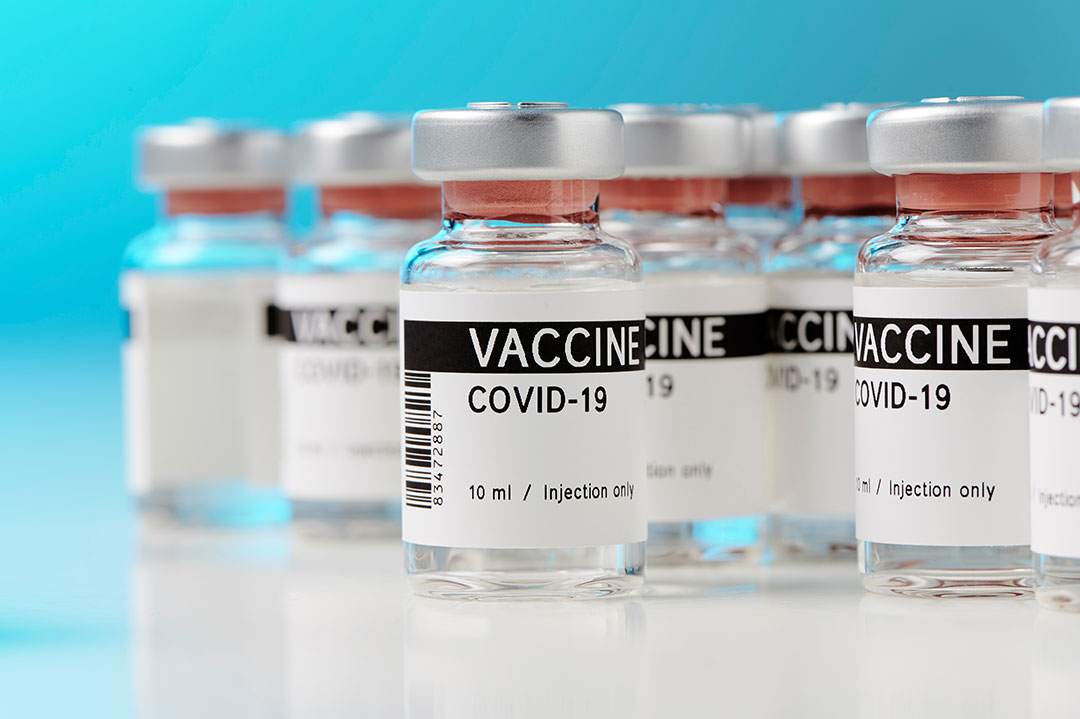 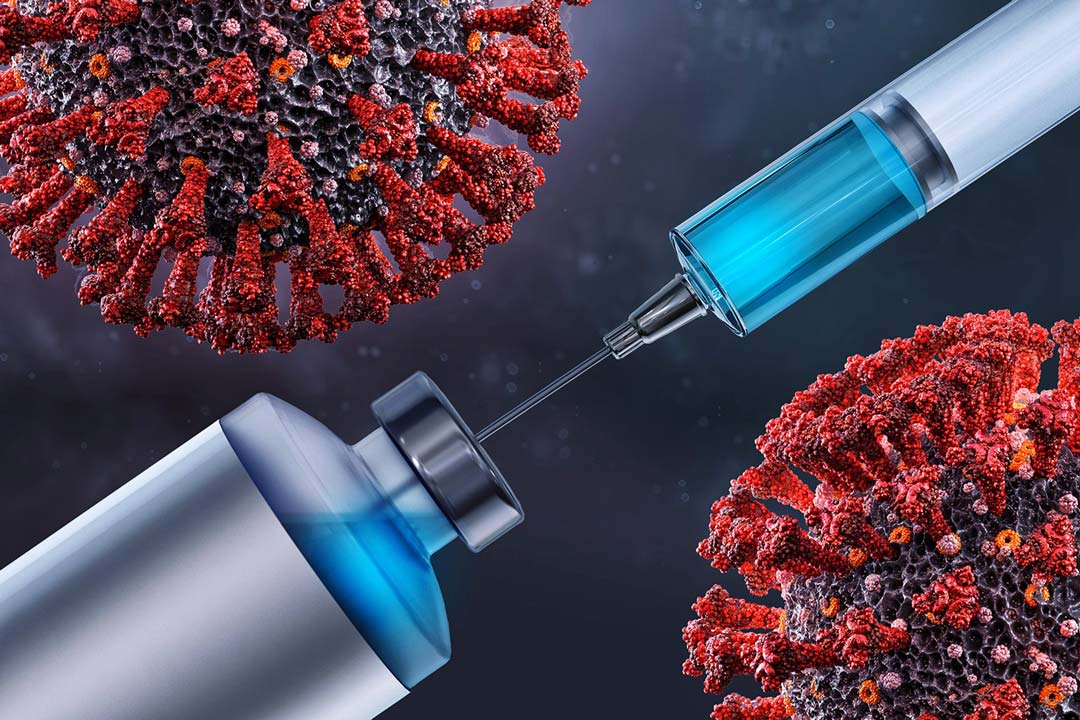 To keep coronavirus at bay, we must create a ‘variant-proof’ world 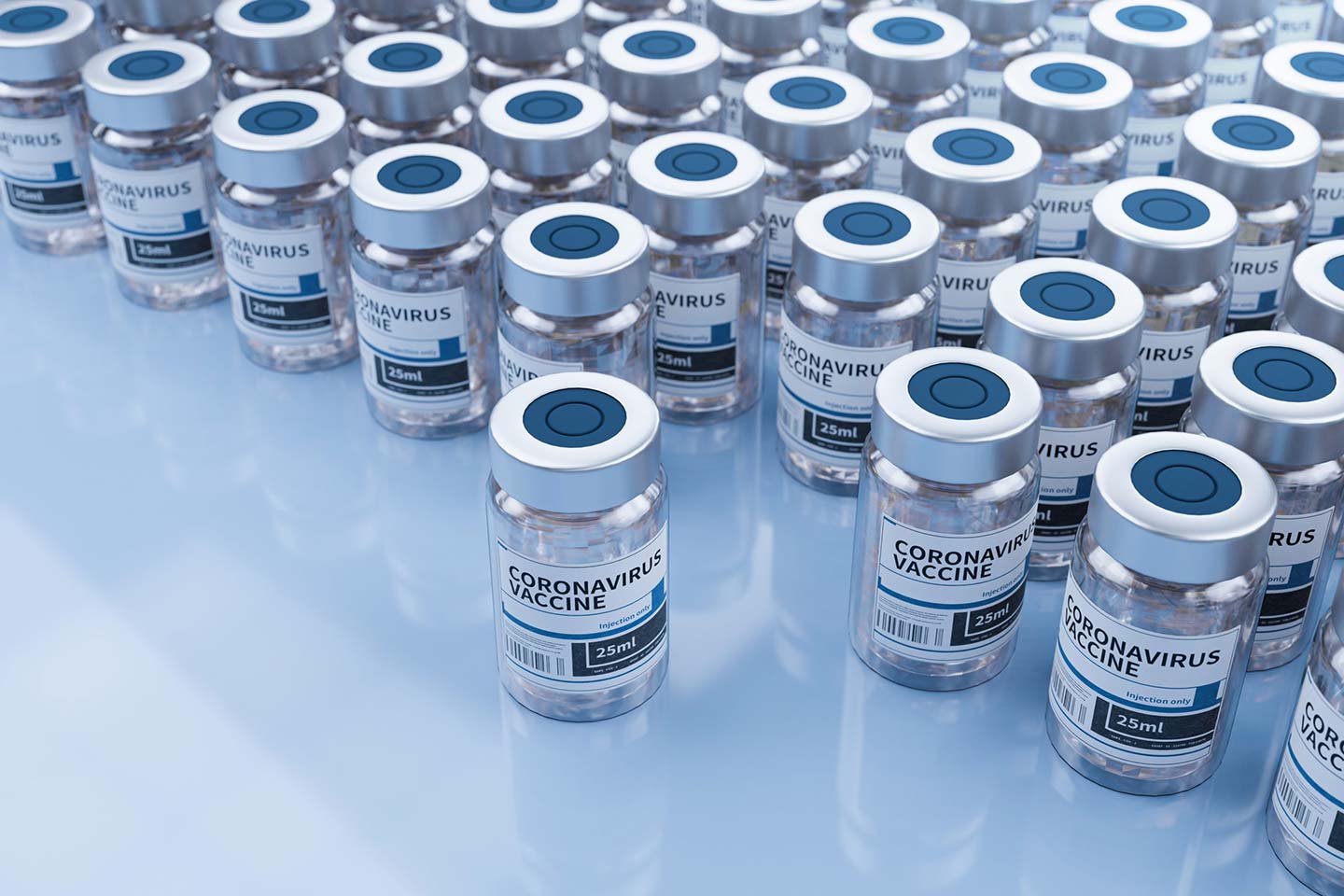