How bad will climate change be for our health?

The latest IPCC report emphasises the inevitability of some degree of climate change. The human health impact of this should not be ignored. 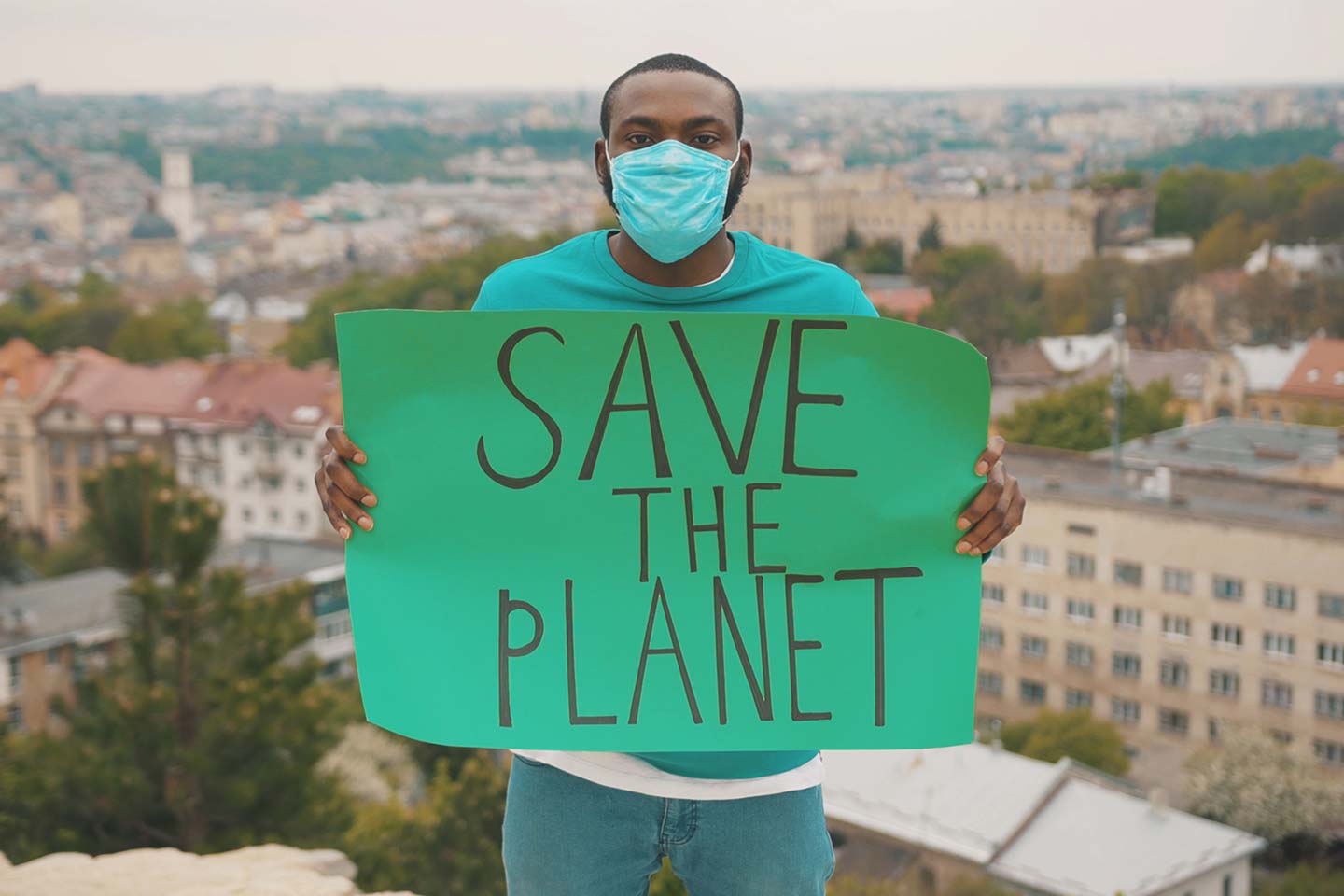 Ecology activist striking to save the environment.

Within the next twenty years, temperatures are likely to rise by more than 1.5C above pre-industrial levels, increasing heat waves, longer warm seasons and shorter cold seasons, according to the latest Intergovernmental Panel on Climate Change (IPCC) report released on 9 August.

“We now have a much clearer picture of the past, present and future climate, which is essential for understanding where we are headed, what can be done, and how we can prepare,” said IPCC working group co-chair Valérie Masson-Delmotte.

Last month, a separate study led by Dr Felipe J Colón-González at the London School of Hygiene and Tropical Medicine (LSHTM), estimated that up to 8.4 billion people could be at risk from malaria and dengue by the end of the century if emissions keep rising at current levels, which is nearly double the number at risk at the end of the twentieth century. Those living in lowland and urban areas are at greatest risk.

Malaria and dengue are spread through the bites of infected mosquitoes, the range of which is already increasing as a result of the changing climate. Malaria is shifting towards higher altitudes, while increased urbanisation is associated with a growing risk of dengue.

The concern is that climate change will intensify transmission by boosting the survival, reproduction and biting rates of mosquitoes, increasing the replication of pathogens within their bodies, and lengthening transmission seasons for these diseases.

The IPCC report projects that in the coming decades, climate changes will increase in all regions. An increase of 1.5°C would be associated with increasing heat waves, longer warm seasons and shorter cold seasons, while at 2°C of global warming, heat extremes would more often reach critical tolerance thresholds for agriculture and health.

The LSHTM team modelled how such changes might influence malaria and dengue transmission for populations at risk of these diseases, under different scenarios.

Tropical high-altitude areas of countries such as such as Ethiopia, Angola, South Africa, and Madagascar could experience up to 1.6 extra climatically-suitable months for malaria transmission by the end of this century, and there may also be a northward shift of the malaria-epidemic belt in North America, central northern Europe, and northern Asia.

For dengue, 90% of the global population – some 8.5 billion people – could be at risk by 2080, compared with 77% during the period from 1978-1999, the study suggested. The length of the dengue transmission season could increase by up to four additional months in tropical lowland areas in south-east Asia, sub-Saharan Africa, and the Indian sub-continent, and the disease may become more commonplace in across central northern Europe and northern USA.

“A number of interventions will be needed to adapt to the health effects of a warmer and more urbanised world and to prepare for all scenarios,” said Dr Rachel Lowe at LSHTM, a senior author on the paper that was published in The Lancet Planetary Health on 1 July. “Our findings stress the importance of increased surveillance in potential hotspot areas to monitor the emergence of diseases, especially in places without previous experience of dengue or malaria.

“Public health action will be particularly important in areas where transmission is occasional because public health systems might be unprepared to control and prevent these diseases.”

Climate change may also increase the risk of waterborne diseases, such as cholera. According to the IPCC report, climate change is intensifying the water cycle, bringing more intense rainfall and associated flooding, as well as more intense drought in many regions. It is affecting rainfall patterns, with precipitation likely to increase in high latitude areas, and decrease across subtropical areas. Such weather changes may be amplified in urban areas, which already tend to be warmer, while coastal cities are likely to be more susceptible to flooding.

A report by Jan Semenza at the European Centre for Disease Prevention and Control, published in Nature Immunology last year, stressed the importance of early warning systems to intercept the risks of waterborne diseases associated with climate change.

Heavy rainfall or flooding can sweep pathogens found in human excrement or animal manure from fields and sewers into rivers, lakes, and wells, contaminating fresh produce and drinking water. In urban settings too, heavy rainfall and surface water runoff can compromise the clearance capacity of water treatment works, affecting the purity of municipal drinking water.

Droughts can also degrade water quality. For instance, reduced water availability and the stagnation of the water supply has been associated with increased rates of diarrhoea in the Pacific Islands, while a three-month drought in Africa forced livestock to rely on human drinking water sources, resulting in people being exposed to disease-causing E. coli O157 bacteria.

“Options to manage the burden of waterborne diseases attributable to climate change need to address not only exposure and vulnerability, but also the capricious nature of climate change,” Semenza said. “Weather and climate-driven early warning systems can detect weather and climatic precursors of epidemic disease and trigger a timely public health response.”