How to Eradicate Polio? Funds+Vaccines+Access+Equity+Enthusiasm!

As activists, donors and health experts gather in Berlin to raise US$4.8 billion to fund the final push towards polio eradication, Pascal Barollier, Gavi’s Managing Director of Public Engagement and Information Services, gives his view on what’s needed to finally eradicate this deadly disease. 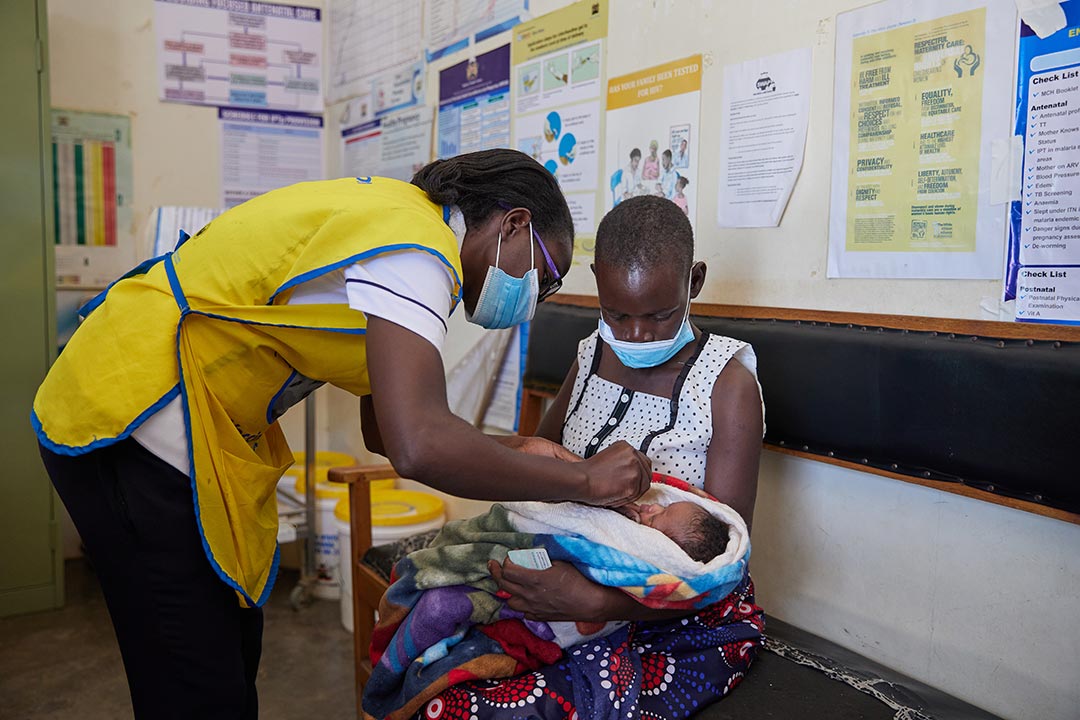 Polio was supposed to be eradicated 22 years ago – yet we find ourselves facing serious challenges in achieving that goal. The Global Polio Eradication Initiative (GPEI) hopes to raise US $4.8 billion in October at the World Health Summit, to support 370 million children being vaccinated each year for the next five years and global surveillance for polio and other diseases in 50 countries. The G7 and other high income donor countries have the opportunity to help see Polio eradication through, yet the outlook is uncertain.

Piecemeal and technical-only solutions will not do the job on polio eradication. Until we address other more political and structural challenges – and that too in a synchronised manner – our collective impact will be far shallower than intended.

The virus remains endemic in just two countries – Pakistan and Afghanistan – yet recent cases have surfaced Malawi and Mozambique too. Furthermore, the evidence that the recent cases of vaccine derived polio in New York, London and Jerusalem originated abroad, offers a stark reminder of how viruses can spread in this era of globalisation.

To eradicate polio, every child in every household must be vaccinated but this is no easy feat. For example, millions of children in Afghanistan are still unable to get the polio vaccine for several security and political reasons. The ban on door-to-door polio vaccination by the Taliban in 2018 led to approximately 3.3 million children not being vaccinated against polio. The Taliban have since lifted the ban, but insecurity in the country has worsened in the last year and continues to prevent health workers from reaching children.

Katherine Wu of The Atlantic is correct when she states that eradicating a virus requires "a near-perfect syncing of vaccine supply, access, equity, political will, public enthusiasm, and more." When smallpox was finally eradicated in 1979, it was only after a decades-long global vaccination campaigns that reached nearly every corner of the world. And even then, it required the continued vigilance of health authorities to prevent outbreaks. The same holds true for the eradication of Polio.

So, is near-perfect syncing possible in the current context for Polio to be eradicated? It can be with the right approach and necessary resources.

The Politicization of Public Health

Even when a vaccine is distributed on a global scale, it can only be effective if people are willing to get vaccinated and see it as a priority. And that willingness will only come about if there is trust in the vaccine and the institutions (e.g., governments) responsible for its distribution. Unfortunately, the historic politicization of public health, growing divergence in immediate priorities between the Global North and Global South, the anti-vaxxer movement heightened by the COVID-19 pandemic, all together have made the relationship between communities and public health workers even more fraught. This is further exacerbated by misinformation disseminated by social media at global and local levels. Although polio has been plagued with misinformation from the start and has become a massively political issue in many countries, specifically around the confusion of the term ‘vaccine derived polio’.

Even before the COVID-19 pandemic, the key global health actors were working to eradicate wild poliovirus worldwide by the end of 2018. However, these efforts were severely affected by war, violence and humanitarian crises. Populations most in need of humanitarian assistance are often the hardest to reach. In Syria for example, more than 6.8 million Syrians have been forced to flee their country and 6.9 million people remain internally displaced since 2011 due to conflict, making it difficult for health workers to reach them. This problem is compounded by the fact that conflict zones are often also areas with fragile health systems. As a result, children in these regions are especially vulnerable to disease and almost impossible to reach, as the estimated 23% of zero-dose children located in humanitarian crises indicates. These problems have been amplified and worsened by the increase of (roughly 36) humanitarian crises worldwide and donor fatigue coming out of the COVID-19 pandemic. Without overcoming structural barriers and increasing support for healthcare workers and flexibility for humanitarian agencies, these children will continue to be left behind.

When a major disaster strikes, the international community’s outpouring of support is both essential and heartening. However, this support often fades over time, as people return to their everyday lives, donor countries turn to other priorities and become less invested in the long-term recovery process. This phenomenon, known as donor fatigue, can have devastating consequences for relief organizations, who rely on continued funding support for their operations, as well as the end beneficiaries of the support. In the case of polio eradication efforts, this can create “immunity gaps” allowing the virus to circulate and move across borders. The current donor fatigue for humanitarian crises and other, non-Ukraine related appeals poses a major challenge to polio eradication efforts. If appropriate measures are not urgently taken, immunisation recovery programs and continued aspirations to meet polio eradication will become a more distant target.

An insufficient and overstrained workforce can lead to failure in any industry, and the health sector is no exception. Unfortunately, this has been a long-standing issue, which is now finally getting some much-deserved attention in the context of future pandemic preparedness.

In the case of polio eradication efforts, existing challenges related to health workforce safety and security in humanitarian crises and conflict settings, sufficient personnel and funding have been exacerbated by the pandemic which has heightened mental and physical illness in the health workforce. A recent study found that during the pandemic 23 to 46 percent of health and care workers reported symptoms of anxiety; 20 to 37 percent experienced depressive symptoms, and with burnout among health and care workers ranging from 41 to 52 percent. Furthermore, during the pandemic, countries have had to press ahead on the dual goals of COVID-19 vaccination and keeping up routine immunisation, which has also put immense strain on those who deliver vaccines – especially in the more remote and marginalised communities.

Piecemeal and technical-only solutions will not do the job on polio eradication. Until we address other more political and structural challenges outlined above – and that too in a synchronised manner – our collective impact will be far shallower than intended.

The fight to eradicate polio has been going on for many years, and it requires a concerted, and more honest, realistic, effort of all involved. Complacency and insufficient funding will pose a major challenge to reach 370 million children annually for the next five years and our collective success.

Let us use the collective experience and intelligence of humanitarian actors, advocates, governments, local workers and donors alike to problem solve and recommit ourselves to the eradication of polio by 2025.

How to Eradicate Polio? Funds+Vaccines+Access+Equity+Enthusiasm!