“I didn’t give up”: Kashmir’s vaccinators brave the harsh winter

Snow and freezing conditions are not deterring Kashmir’s health workers from getting vaccines to the people. 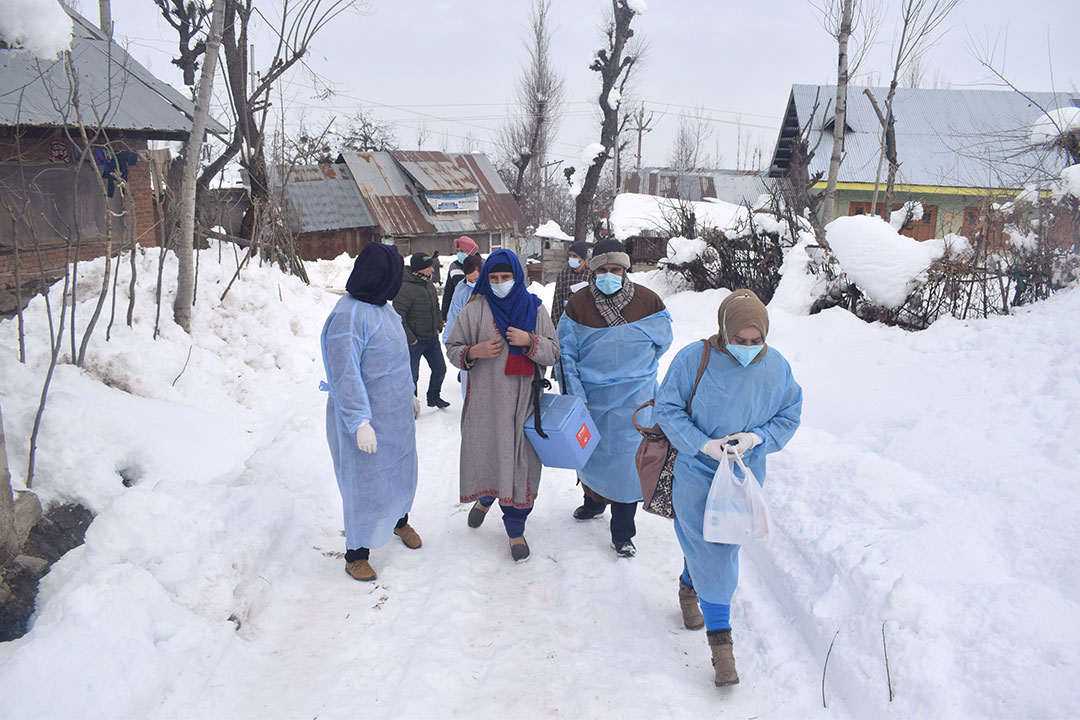 Health workers walk through snow-clad roads in the village of Khag to vaccinate people who could not reach health centers.

As the winter season announced its arrival in Indian-Administered Kashmir in January 2022, cutting all possible road access to several mountainous villages, health workers like 38-year-old Shaheen Khanday were left with no option but to walk through the tough mountainous terrains to vaccinate populations against COVID-19. At the time, the valley was fighting Omicron. Several thousand cases were being reported each day.

“If they hadn’t come here, we would have had to wait for months till the roads were cleared.”

Several areas in the mountainous district of Kistwar remained cut off due to nearly three feet of snow that blocked the roads. But the services of health workers were desperately needed.

Khanday, an accredited health worker, however, feels satisfied with her efforts even though it was extremely tough.

“The areas I travel through are mountainous and, in the winter months, it is impossible to take a vehicle as the roads are closed due to heavy snowfall. I, along with three other health workers, would start the journey on foot at 08:00 and it would take us a minimum of three hours to reach a village. Walking to the villages was tough, but I am happy that we were able to vaccinate the people on time,” Khanday says.

The health workers made sure that they reached each of the houses in these villages to administer the COVID-19 vaccination.

“It was important to reach these villages for vaccination as the third wave had hit and cases of COVID-19 were going up. It was a challenging task in the harsh winter, but I am happy that I didn’t give up,” Khanday adds.

Gurez, located about 127km from the capital, Srinagar, received three feet of snowfall this winter and was cut off from the rest of the valley. Bashir Teroo, a health worker, travelled in the month of January to remote villages to vaccinate the population.

“We were split into groups and assigned certain areas to go for vaccination. My group had to travel to the three toughest areas of Gurez. We travelled by vehicle as far as we could and walked the rest. We had to walk for a minimum of three hours to reach the villages. We stayed in the villages for two days each to complete the vaccination. There is the risk of snowslides in these places and people don’t travel in or out of these villages during winters,” explains Teroo.

Part of the health workers’ responsibility was to counsel and educate people. “Before vaccination, we had to counsel the people to counter the stigma and misinformation. We counselled the people who had doubts about the vaccines,” Teroo says.

According to the health department, 100% of the 18+ age group in Kashmir have been vaccinated.

“Our village is about 38km from Gurez and, in winter, we can’t move because all the roads are closed due to heavy snowfall, which meant that we couldn't go for the vaccination. That the health workers reached our homes in such tough conditions is appreciable. My family was vaccinated, including my 17-year-old son. If they hadn’t come here, we would have had to wait for months till the roads were cleared,” Begum says.

Mansoor Qazi, an evaluation and monitoring officer with the National Health Mission in the Kishtwar area says that the health workers are the unsung heroes.

Qazi says, “They travelled during the harsh winter months to make sure that the vaccines reached the people on time and their efforts need to be appreciated. They did the real job in the field. They are the unsung heroes who have been at the forefront of the fight against the deadly virus in Kashmir.” 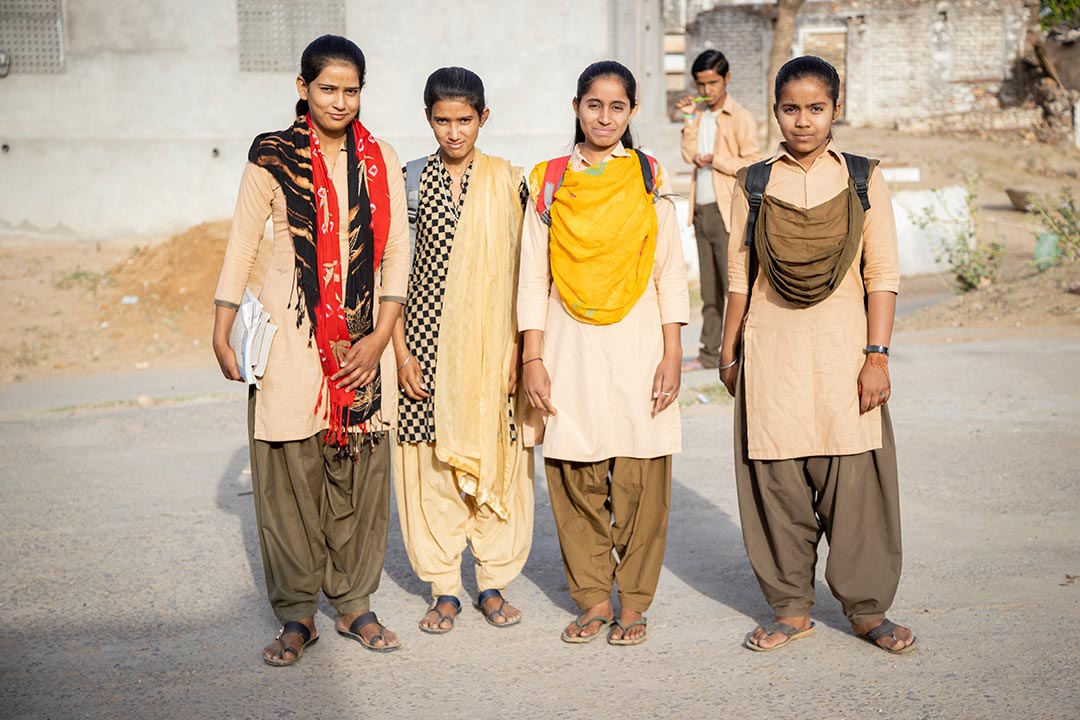 “I didn’t give up”: Kashmir’s vaccinators brave the harsh winter