“I serve my nation through my profession”: Community vaccinators in Afghanistan 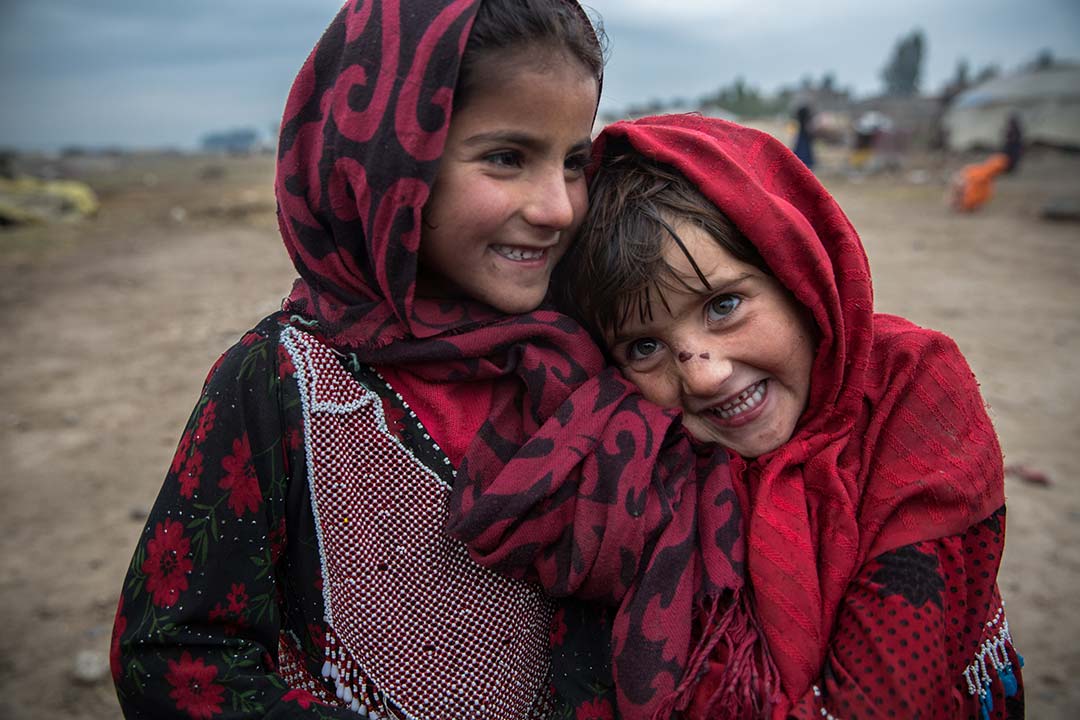 Shazia’s eldest daughter was a sickly kid, afflicted with “chest diseases, and many other kinds,” she recalls. It’s a damp, grey late-November day, and Shazia is awaiting her diphtheria and tetanus jab at a field site set up by community vaccinators in rural Nangarhar, the mountain-hemmed province in southern Afghanistan. A younger daughter, sleepy-eyed and sock-footed in zebra outfit, slouches against her lap.

It wasn’t until vaccinators first visited her home, she says – a remote, high-up place, far from the nearest clinic – that she understood what her eldest lacked. “Now, when I get my other children vaccinations, they are – thank God – safe,” says Shazia.

Afghanistan is rugged, and troubled by seemingly ceaseless war – an uphill struggle for public healthcare provision. As recently as 2010, just 59% of Afghans lived within an hour’s walk of basic healthcare services – an improvement from 9% in 2003, but a figure that still leaves many children out of reach of life-saving immunisation. A 2018 survey showed that only 50.7% of Afghan children were fully immunised.

“We don’t have transportation money to give, and I have a pain in my leg,” says Shazia, who relies on roving health workers like Abdul and Ali. “They visit door by door and we do our vaccinations – God help them to live long,” says Shazia.

Ali, cross-legged and concentrating, draws up a shot. This rudimentary space – the insulated vaccine transport box set upon the carpeted floor, a wash of natural light from the open doorway – furnishes his makeshift clinic of the day. Tomorrow’s may be somewhere else. “It is very satisfying for me to serve my nation through my profession,” he tells VaccinesWork. “Vaccination saves our women and children from very serious diseases.”

Ali and Abdul number among Afghanistan’s “community-based outreach vaccinators”, or CBOV: teams of two, deployed to regions that are insufficiently served by fixed healthcare centres. The programme, supported by the Ministry of Public Health with funding from Gavi and other donors, kicked off in 2017, when 178 CBOV pairs were recruited in far-flung portions of 17 of Afghanistan’s 34 provinces. Within six months, the Ministry of Public Health had gathered evidence to show that as many as 100,000 previously unimmunised children, and nearly 63,000 unreached women, had been newly vaccinated.

But generating demand for vaccination isn’t always as straightforward as disseminating information. In many places, custom forbids women from travelling to public spaces – such as marketplaces and clinics – without a male relative for a chaperone, or restricts them from interaction with male vaccinators.

Vaccinators also have to deal with anti-government elements, with certain factions expressly shunning immunisation. “People displaced from Taliban-captured territories who later settled here did not used to get their children vaccinated,” says Abdul, a community health worker who says he spends most of his time educating people about the benefits of vaccination. “Taliban told them vaccination is against the injunctions of Islam. Later, we convinced them that it is not un-Islamic to get children vaccinated.”

And some communities are tricky to keep up with. Nangarhar’s traditionally nomadic Kuchi often still migrate seasonally – “they are not settled in permanent, fixed houses – they are mobile,” says Dr Ahmad, a consultant on a Gavi-supported project which serves the Kuchi population. “They are vulnerable people,” he adds, “vulnerable to lots of diseases, especially as they are unable to receive vaccination services on regular basis and other services on regular basis.”

Hard-hit by droughts, and wars which sowed landmines into the ground beneath their livestock herds, Kuchi communities are more likely than not to live below the poverty line, with scant access to safe drinking water and sufficient nutrition. And just 13 percent of Kuchi children are fully immunised by 23 months of age – well below the national figure.

A vulnerable semi-sedentary population calls for healthcare on wheels. In a tented Kuchi encampment on flat plain under a wide moody sky in Nangarhar, a mobile health team (MHT) has arrived. Each MHT comprises a male doctor, a female midwife or doctor, a vaccinator, a community supervisor and a driver. “If nomads are moving from one place to another place, the mobile health team camps over there, and provides health services to the nomad people,” explains Dr Ahmad.

“At the start of our project, the Kuchis are not wanting to give vaccination to the infants or the children. Currently, we are seeing they are voluntarily coming to the mobile health team and receiving vaccination services,” he adds.

All names in this piece have been changed.