This week Gavi signed a historic agreement with the International Organization for Migration (IOM) to improve immunisation coverage for migrants and forcibly displaced persons around the world. IOM’s South Sudan Communications Officer, Liatile Putsoa, joined a vaccination session for internally displaced persons in Bentiu, South Sudan, to show how Gavi and IOM are already helping to deliver vaccines to some of the world’s most vulnerable people. 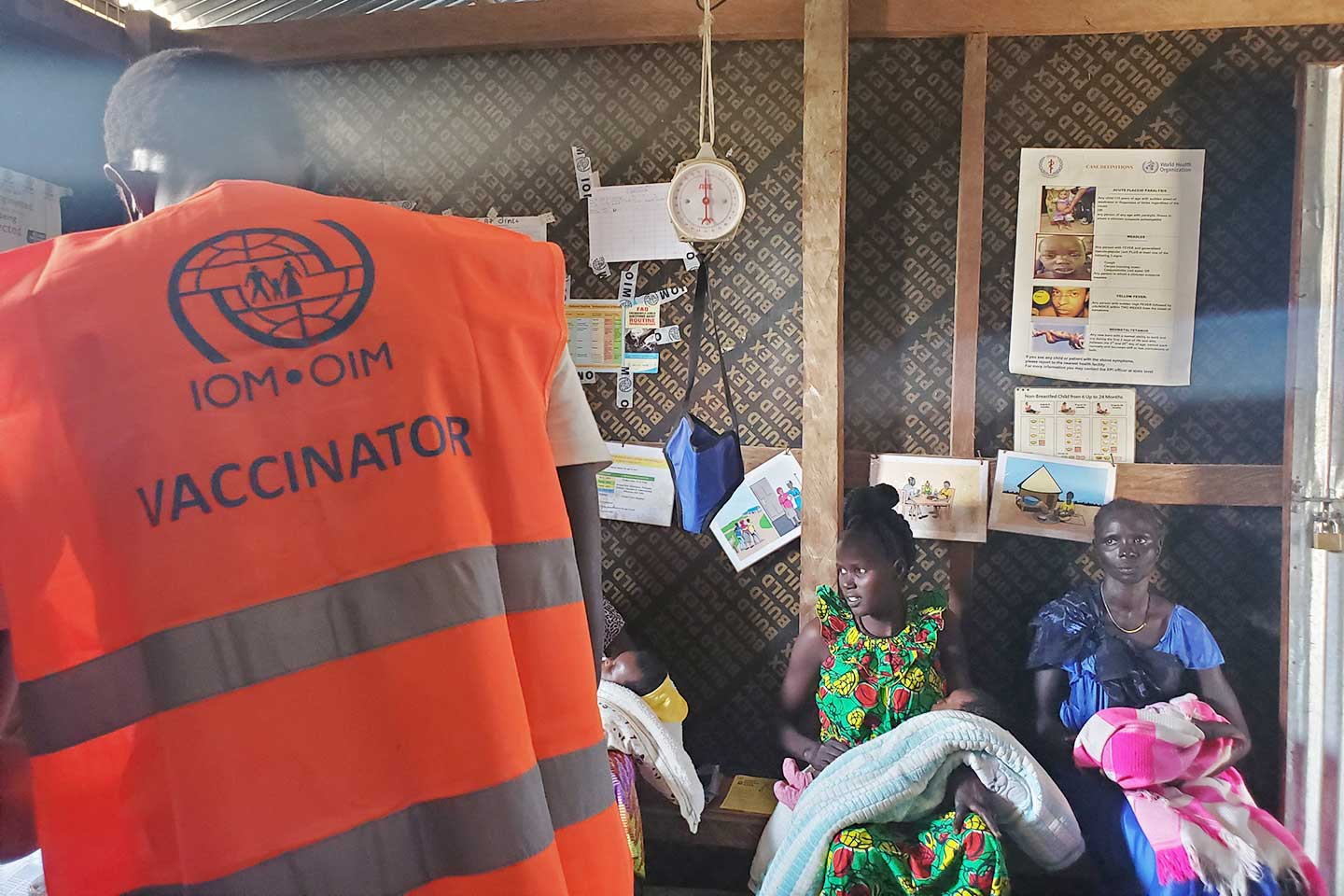 This week Gavi signed a historic agreement with the International Organization for Migration (IOM) to improve immunisation coverage for migrants and forcibly displaced persons around the world. IOM’s South Sudan Communications Officer, Liatile Putsoa, joined a vaccination session for internally displaced persons in Bentiu, South Sudan, to show how Gavi and IOM are already helping to deliver vaccines to some of the world’s most vulnerable people.

It is early Monday morning at the clinic run by the IOM inside the United Nations protection of civilians (PoC) site in Bentiu, in South Sudan’s Unity State.

A group of women sit on mats in the clinic, waiting for their children to receive routine vaccines. Despite the COVID-19 pandemic, IOM has continued to deliver critical services for internally displaced persons (IDPs), returnees and host communities in South Sudan and across the world, in accordance with the latest global recommendations to prevent transmission.

The mothers tend to the babies, delicately wrapped in colourful and vibrant sarongs, while older children crawl around under their mothers’ watchful eyes. Every few minutes, each mother and baby are called in to the doctor’s room.

Roda Nyanyuot, who is not sure of her age, brought her six-month baby Nyabel for her scheduled immunisation. As the vaccinator cleans a patch of Nyabel’s skin in preparation, her mother’s face is a giveaway of how nervous she is feeling.

“It doesn’t get any easier,” said Roda. “Seeing my daughter cry when she gets injected pains me, but I know it is for the best. It is just a momentary pain for the benefit of her health,” she says with the help of a translator.

The baby lets out nothing but a light squeal. Roda sighs with relief.

“She’s a strong little one,” says the doting mother in a playful tone.

The vaccinator hands Roda the yellow vaccination card as he explains when little Nyabel’s next vaccination will be scheduled.

Roda says that she has been bringing her daughter for scheduled immunisation since she was born, and she plans to complete the course. Before she gave birth, she regularly came to the clinic for antenatal care.

Devasted by years of protracted civil war, South Sudan’s health systems and infrastructure have been severely weakened, resulting in limited access to primary health care particularly for the most vulnerable populations, as well as routine immunisation for babies and children.

With funding from Gavi, the Vaccine Alliance, IOM’s Migration Health teams have been working to scale up the provision of routine immunisation to IDPs, returnees and conflict-affected host communities in health facilities, including in the protection of civilian sites.

The Expanded Programme on Immunization (EPI) has brought life-saving vaccines to thousands of children in South Sudan. Routine immunisation services delivered through static and mobile teams, reaching even the hardest-to-reach pockets of South Sudan, continue to ensure that the children receive essential, life-saving vaccines protecting them against a range of infectious diseases, including measles, polio, diphtheria, tetanus and hepatitis B.

In 2019, IOM South Sudan was able to vaccinate 42,000 children. Across the world, IOM has vaccinated close to 600,000 migrants and forcibly displaced persons in one year.

For Roda, who has been living in the UN protection site with her family since 2014 when fighting broke out in her village in Guit county,  some 80 kilometres east of Bentiu, the decision to bring her child for routine vaccination was an easy one after she had seen a glimpse of what lack of immunisation can do.

“A lot of children in my village died before they could even walk,” she says. “I want my child to grow up strong and healthy and I knew that bringing her for immunisation is a good start.”

Fortunately, as she recounts, no one in her immediate family ever had polio or measles, even though they were never vaccinated.

“But maybe it was only luck that they never got sick. However, I will not leave it to chance - especially when the vaccines are accessible and available free of charge,” says Roda.

Vaccines are one of our safest, most critical and cost-effective tools to prevent outbreaks and keep communities healthy. IOM has been working for decades on increasing immunisation coverage across the world, so that everyone, including forcibly displaced persons and migrants in irregular situations, can have access to the life-saving benefits of vaccines.

As the world mobilises resources to develop and distribute a vaccine for COVID-19, IOM has been working closely with Governments, Gavi, the World Health Organization and other key actors to ensure that migrants and forcibly displaced persons such as Roda and Nyabel are taken into account in any COVID-19 vaccine allocation plans.

Despite the positive uptake of children’s immunisation by mothers like Roda, some parents remain hesitant to bring their children for vaccinations, particularly in communities living in the most remote parts of the country.

“Some parents are still skeptical towards vaccinating their children which is worrisome because it is that skepticism and inaction that could bring harm to the children and the rest of the community,” explained Teshome Adebabai, who heads IOM South Sudan’s Migration Health team.

To remedy this skepticism, IOM works with community health promoters to raise awareness of the importance, safety and benefits of immunisation, as well as where and when to access the services. The teams use a variety of methods to disseminate information in public spaces including markets, churches and transit hubs, including through direct dialogue with the communities. One of their missions is also to track individual children who miss out on scheduled immunisation. 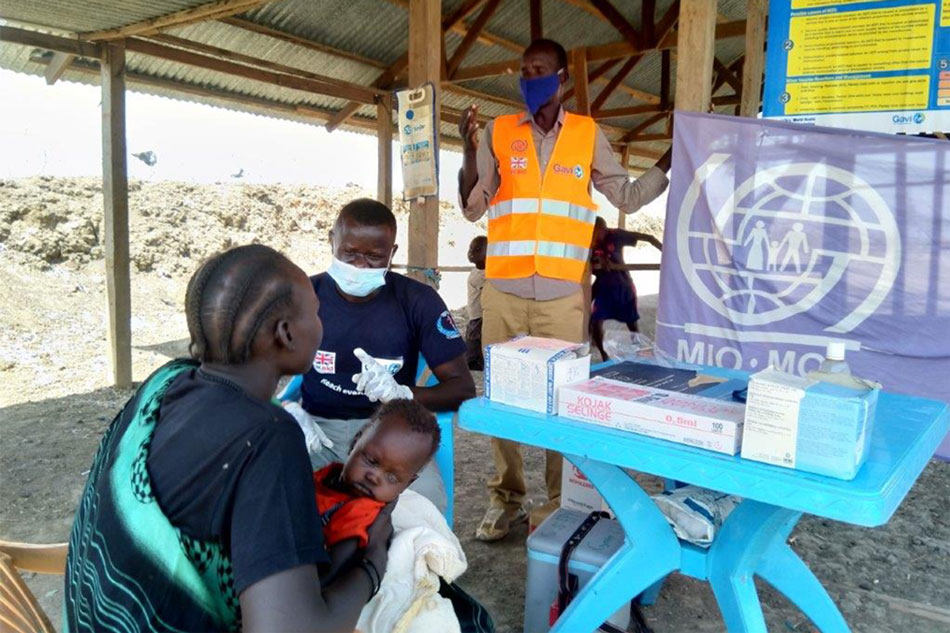 Working to extend the reach of immunisation in South Sudan 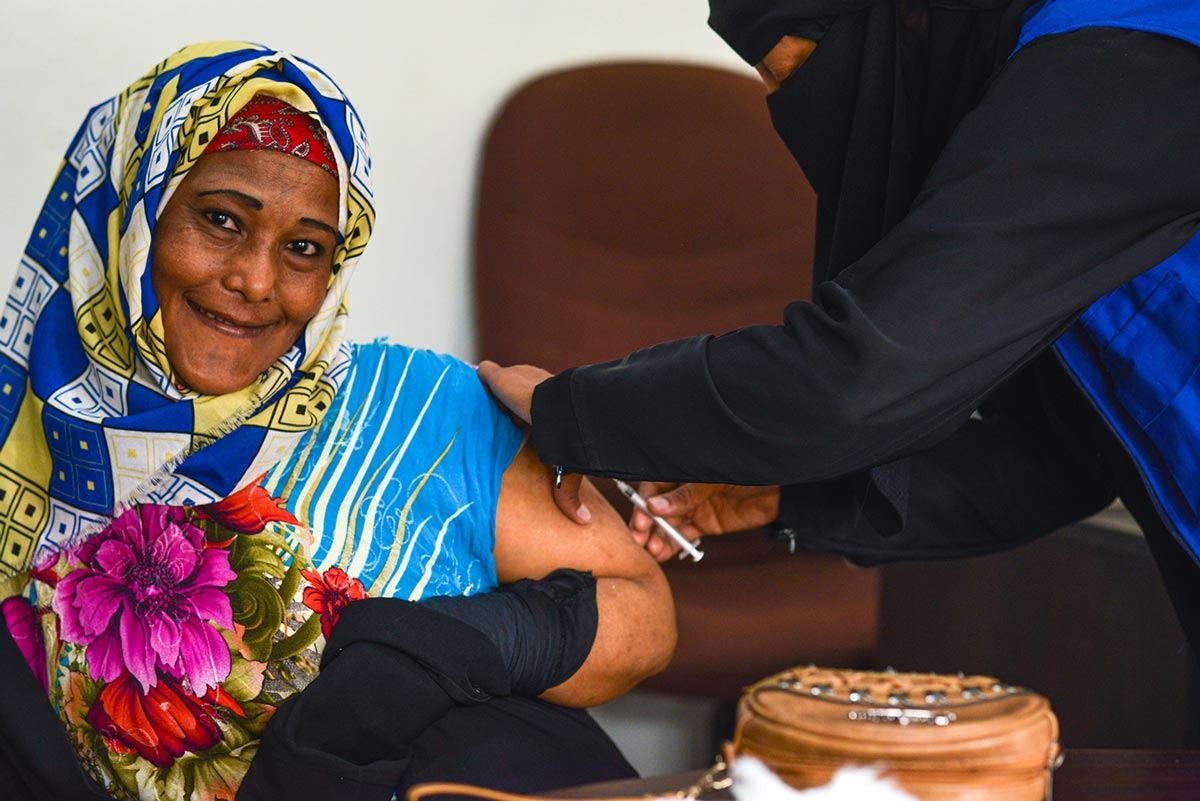 No "us versus them": why equitable inclusion of all migrants in COVID-19 vaccine plans is essential 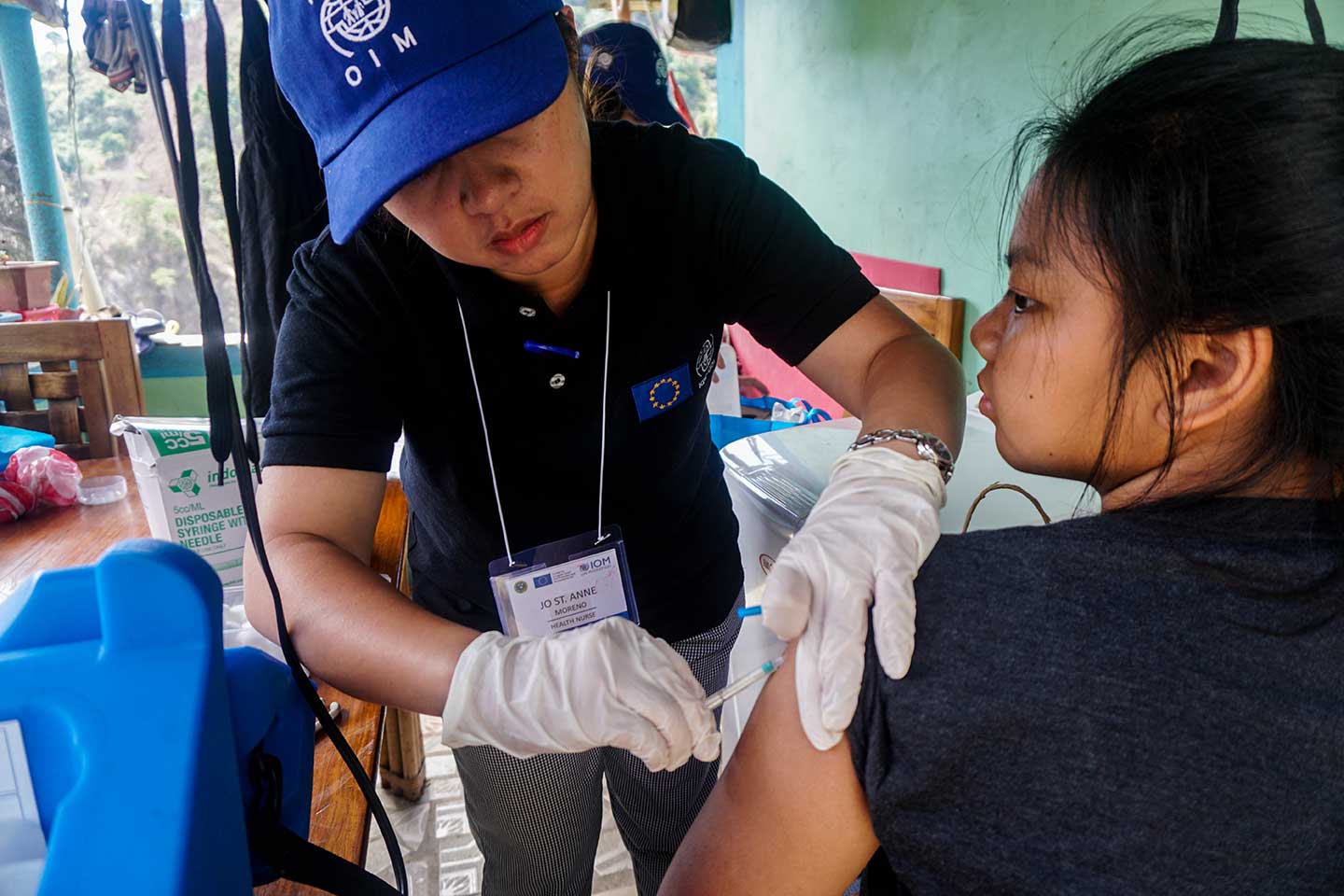 To be effective, COVID-19 vaccination plans must include migrants