A significant number of post-covid patients suffer from syndromes that few doctors understand. 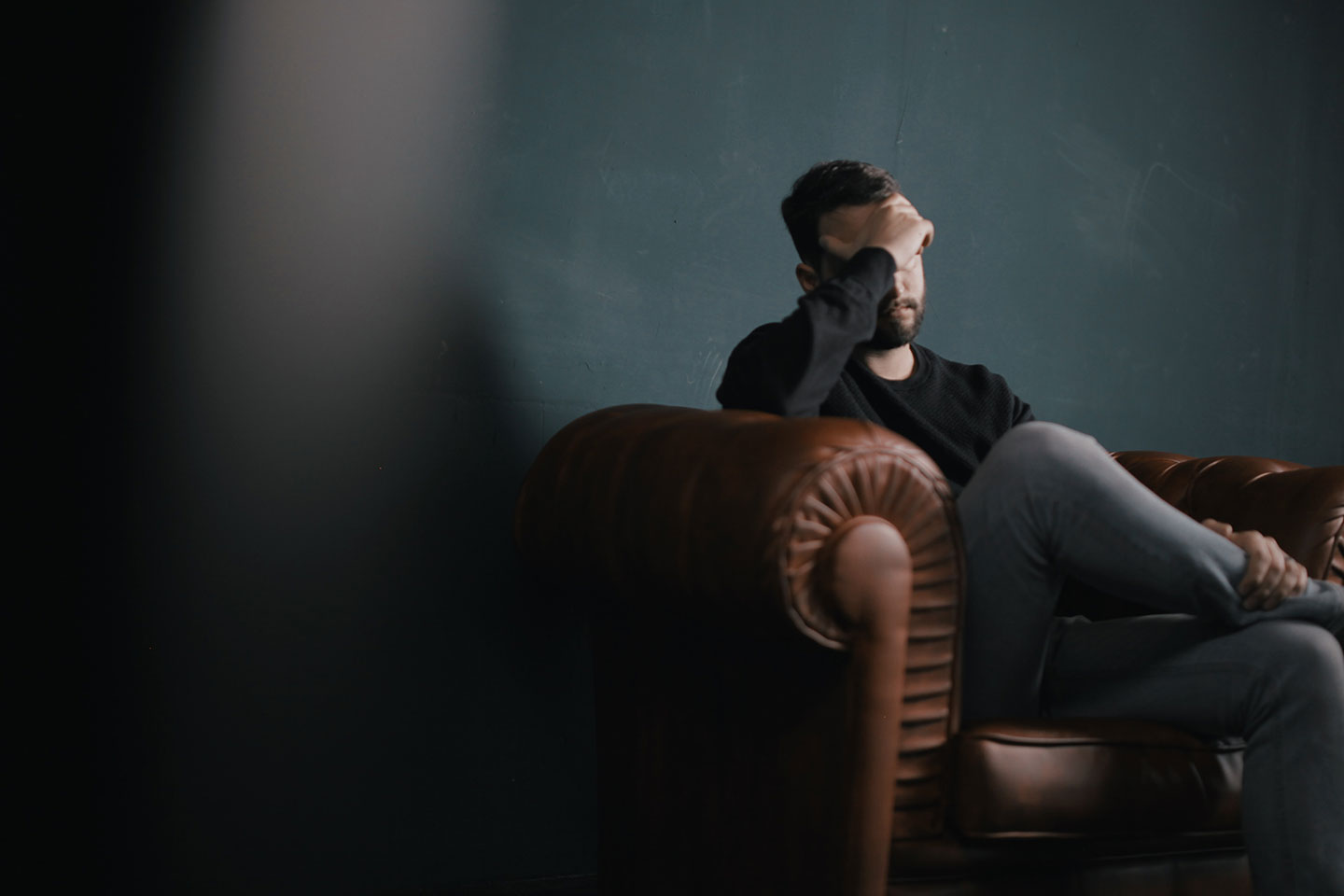 Photo by Nik Shuliahin on Unsplash

The day Dr. Elizabeth Dawson was diagnosed with covid-19 in October, she awoke feeling as if she had a bad hangover. Four months later she tested negative for the virus, but her symptoms have only worsened.

Dawson is among what one doctor called “waves and waves” of “long-haul” covid patients who remain sick long after retesting negative for the virus. A significant percentage are suffering from syndromes that few doctors understand or treat. In fact, a yearlong wait to see a specialist for these syndromes was common even before the ranks of patients were swelled by post-covid newcomers. For some, the consequences are life altering.

Before fall, Dawson, 44, a dermatologist from Portland, Oregon, routinely saw 25 to 30 patients a day, cared for her 3-year-old daughter and ran long distances.

Today, her heart races when she tries to stand. She has severe headaches, constant nausea and brain fog so extreme that, she said, it “feels like I have dementia.” Her fatigue is severe: “It’s as if all the energy has been sucked from my soul and my bones.” She can’t stand for more than 10 minutes without feeling dizzy.

Through her own research, Dawson recognized she had typical symptoms of postural orthostatic tachycardia syndrome, or POTS. It is a disorder of the autonomic nervous system, which controls involuntary functions such as heart rate, blood pressure and vein contractions that assist blood flow. It is a serious condition — not merely feeling lightheaded on rising suddenly, which affects many patients who have been confined to bed a long time with illnesses like covid as their nervous system readjusts to greater activity. POTS sometimes overlaps with autoimmune problems, which involve the immune system attacking healthy cells. Before covid, an estimated 3 million Americans had POTS.

Many POTS patients report it took them years to even find a diagnosis. With her own suspected diagnosis in hand, Dawson soon discovered there were no specialists in autonomic disorders in Portland — in fact, there are only 75 board-certified autonomic disorder doctors in the U.S.

Other doctors, however, have studied and treat POTS and similar syndromes. The nonprofit organization Dysautonomia International provides a list of a handful of clinics and about 150 U.S. doctors who have been recommended by patients and agreed to be on the list.

In January, Dawson called a neurologist at a Portland medical center where her father had worked and was given an appointment for September. She then called Stanford University Medical Center’s autonomic clinic in California, and again was offered an appointment nine months later.

Using contacts in the medical community, Dawson wrangled an appointment with the Portland neurologist within a week and was diagnosed with POTS and chronic fatigue syndrome (CFS). The two syndromes have overlapping symptoms, often including severe fatigue.

Dr. Peter Rowe of Johns Hopkins in Baltimore, a prominent researcher who has treated POTS and CFS patients for 25 years, said every doctor with expertise in POTS is seeing long-haul covid patients with POTS, and every long-covid patient he has seen with CFS also had POTS. He expects the lack of medical treatment to worsen.

“Decades of neglect of POTS and CFS have set us up to fail miserably,” said Rowe, one of the authors of a recent paper on CFS triggered by covid.

The prevalence of POTS was documented in an international survey of 3,762 long-covid patients, leading researchers to conclude that all covid patients who have rapid heartbeat, dizziness, brain fog or fatigue “should be screened for POTS.”

A “significant infusion of health care resources and a significant additional research investment” will be needed to address the growing caseload, the American Autonomic Society said in a recent statement.

Lauren Stiles, who founded Dysautonomia International in 2012 after being diagnosed with POTS, said patients who have suffered for decades worry about “the growth of people who need testing and treating but the lack of growth in doctors skilled in autonomic nervous system disorders.”

On the other hand, she hopes increasing awareness among physicians will at least get patients with dysautonomia diagnosed quickly, rather than years later.

Congress has allocated $1.5 billion to the National Institutes of Health over the next four years to study post-covid conditions. Requests for proposals have already been issued.

“There is hope that this miserable experience with covid will be valuable,” said Dr. David Goldstein, head of NIH’s Autonomic Medicine Section.

A unique opportunity for advances in treatment, he said, exists because researchers can study a large sample of people who got the same virus at roughly the same time, yet some recovered and some did not.

Long-term symptoms are common. A University of Washington study published in February in the Journal of the American Medical Association’s Network Open found that 27% of covid survivors ages 18-39 had persistent symptoms three to nine months after testing negative for covid. The percentage was slightly higher for middle-aged patients, and 43% for patients 65 and over.

Larger studies remain to be conducted. However, “even if only a tiny percentage of the millions who contracted covid suffer long-term consequences,” said Rowe, “we’re talking a huge influx of patients, and we don’t have the clinical capacity to take care of them.”

Symptoms of autonomic dysfunction are showing up in patients who had mild, moderate or severe covid symptoms.

Yet even today, some physicians discount conditions like POTS and CFS, both much more common in women than men. With no biomarkers, these syndromes are sometimes considered psychological.

The experience of POTS patient Jaclyn Cinnamon, 31, is typical. She became ill in college 13 years ago. The Illinois resident, now on the patient advisory board of Dysautonomia International, saw dozens of doctors seeking an explanation for her racing heart, severe fatigue, frequent vomiting, fever and other symptoms. For years, without results, she saw specialists in infectious disease, cardiology, allergies, rheumatoid arthritis, endocrinology and alternative medicine — and a psychiatrist, “because some doctors clearly thought I was simply a hysterical woman.”

It took three years for her to be diagnosed with POTS. The test is simple: Patients lie down for five minutes and have their blood pressure and heart rate taken. They then either stand or are tilted to 70-80 degrees and their vital signs are retaken. The heart rate of those with POTS will increase by at least 30 beats per minute, and often as much as 120 beats per minute within 10 minutes. POTS and CFS symptoms range from mild to debilitating.

The doctor who diagnosed Cinnamon told her he didn’t have the expertise to treat POTS. Nine years after the onset of the illness, she finally received treatment that alleviated her symptoms. Although there are no federally approved drugs for POTS or CFS, experienced physicians use a variety of medicines including fludrocortisone, commonly prescribed for Addison’s disease, that can improve symptoms. Some patients are also helped by specialized physical therapy that first involves a therapist assisting with exercises while the patient is lying down, then later the use of machines that don’t require standing, such as rowing machines and recumbent exercise bicycles. Some recover over time; some do not.

Dawson said she can’t imagine the “darkness” experienced by patients who lack her access to a network of health care professionals. A retired endocrinologist urged her to have her adrenal function checked. Dawson discovered that her glands were barely producing cortisol, a hormone critical to vital body functions.

Stiles, whose organization funds research and provides physician and patient resources, is optimistic.

“Never in history has every major medical center in the world been studying the same disease at the same time with such urgency and collaboration,” she said. “I’m hoping we’ll understand covid and post-covid syndrome in record time.”

This story is originally published by KHN on 1 June 2021.

This story also ran in Time. It can be republished for free. 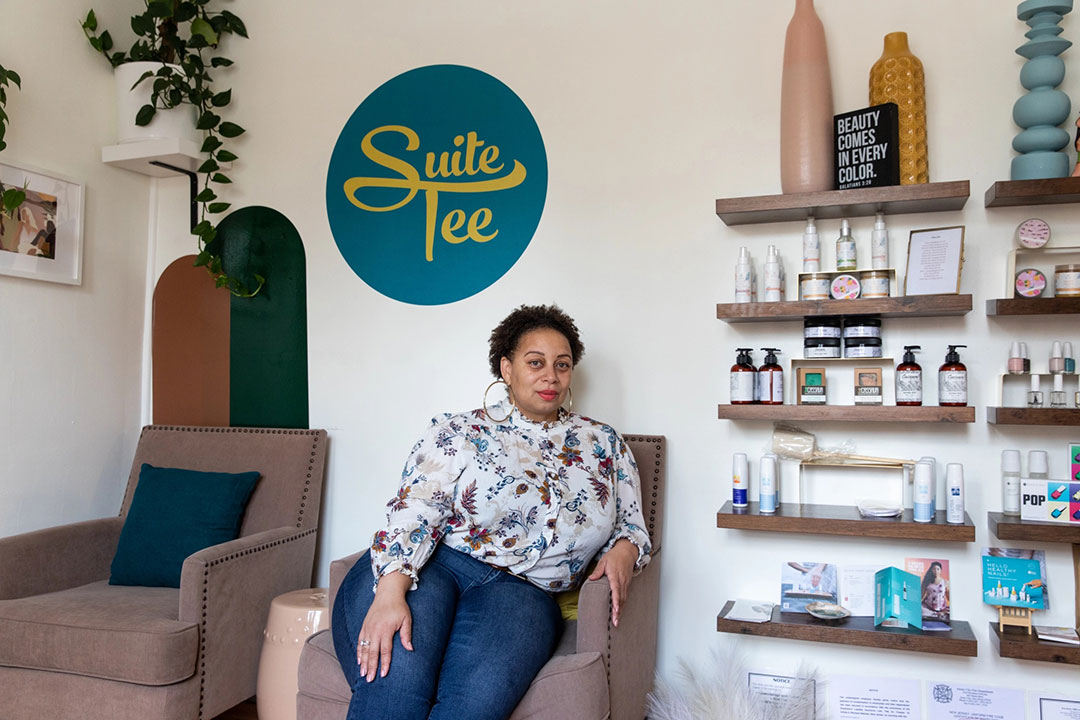