The next pandemic: Nipah virus?

Nipah virus can kill as many as three out of four people it infects. Since the fruit bat that carries the virus often comes into contact with humans, here we explain why the development of drugs and vaccines for the disease is becoming increasingly more urgent. 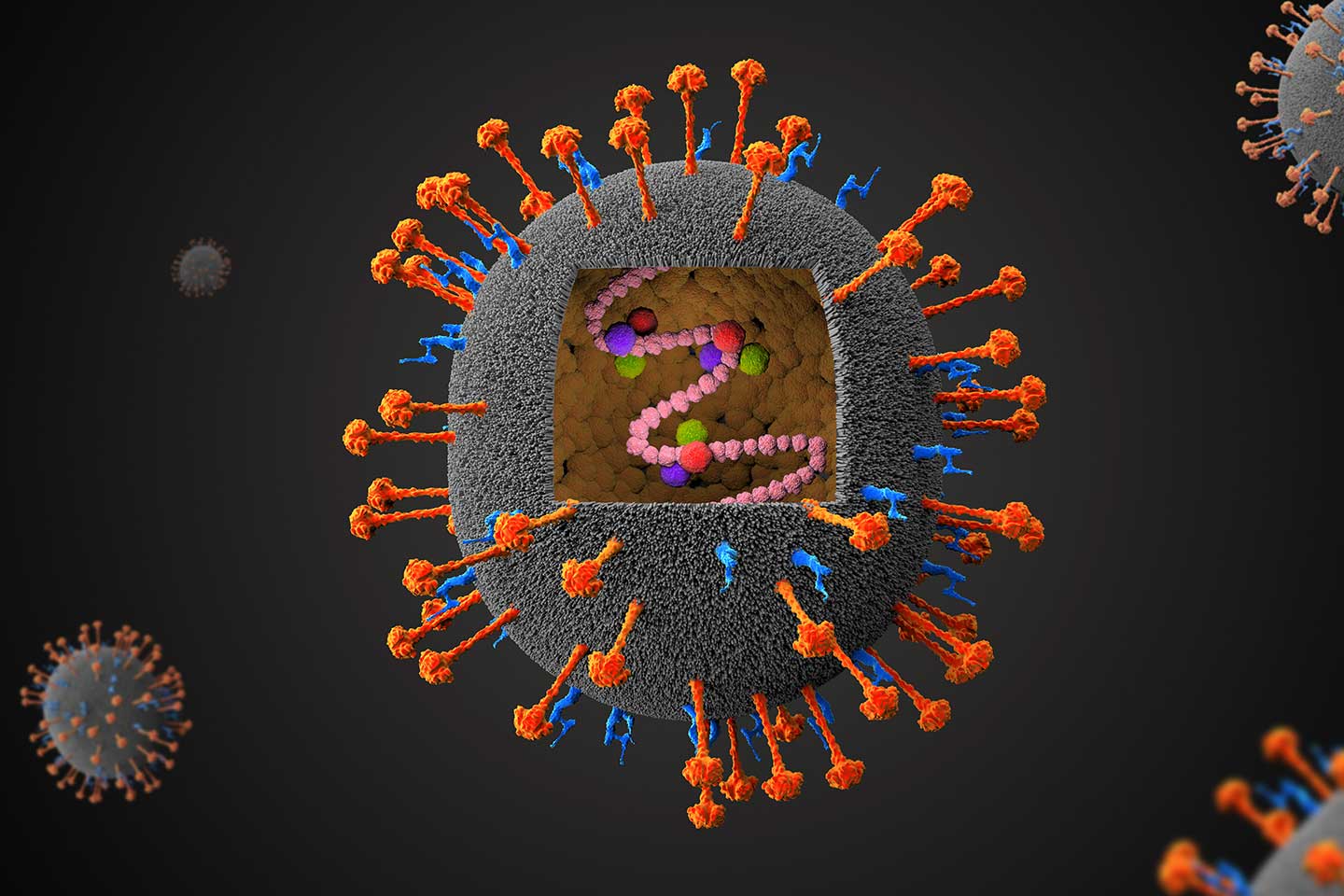 Nipah virus can kill as many as three in four people it infects. Since the fruit bat that carries the virus often comes into contact with humans, here we explain why the development of drugs and vaccines for the disease is becoming increasingly more urgent.

When Lini Puthussery, a nurse in Kerala, in southern India, knew she was dying of Nipah virus she scribbled a note for her husband. “I don’t think I will be able to see you again. Sorry. Please raise our children well”. Lini had spent several days and nights caring for a family of three people who came into hospital with an encephalitis-like disease that doctors had never seen before. It was only luck that a major laboratory in the state had just been trained by the US Centers for Disease Control and Prevention (CDC) to detect Nipah that the virus was identified quickly.

That outbreak in 2018 killed 17 people of the 19 infected, a death rate of 89%. Kerala responded rapidly, and a health officer trained in Ebola outbreak protocols was brought in to ensure that the entire state isolated patients suspected of having Nipah. They also strengthened protocols for health workers wearing masks and for the decontamination of surfaces. Then in 2019, when Kerala saw another case in a young student, it deployed an extensive contact tracing system that was able to quickly test 329 people who had come into contact with the patient, preventing further spread. There were no deaths.

But not all Indian states have the resources of Kerala. If the virus spreads to other parts of India and beyond, the potential for it to escalate into an epidemic, or pandemic, is high. Even though high case-fatality rates can sometimes actually prevent diseases from spreading, because it can mean a patient dies before they have a chance to pass it on to others, if the virus were to mutate to spread more easily between people, the outcome would likely be utterly devastating.

Where is it circulating? South-East Asia, with outbreaks in Bangladesh, India, Malaysia and Singapore

Pandemic threat: High. In many South-East Asian countries, the possibilities for the virus to spill over from bats to other animals and to humans are endless. Fruit bats live in trees in close proximity to markets, places of worship, schools and tourist spots. Bat guano is used as fertiliser in fields too, meaning that farmers and agricultural workers are potentially in frequent contact with the virus. In the ‘Nipah belt’ on the Bangladesh-India border, outbreaks happen regularly, and recent research indicates that bats across Bangladesh harbour the virus, suggesting undetected outbreaks could be occurring. Yet the awareness of where Nipah comes from is extremely low, even where outbreaks occur; a survey from Cambodia indicated that 60% of people didn’t know that bats, or flying foxes as they are sometimes called, spread the virus. Still as 60% of the world’s population lives in the region where Nipah originated and deforestation and environmental change continue to bring humans, livestock and wildlife closer, the risk of spill-over events grows. The disease is also so deadly that many governments classify it as a bioterrorism threat and limit the laboratories that are allowed to culture and study it.

How is it spread? The Nipah virus lives among the Pteropodidae family of fruit bats. It can spread to humans, often through eating or drinking products contaminated by fruit bat droppings. For instance, the bats occupy date trees and consumption of date products can lead to infection. It also easily infects a wide variety of animals – an outbreak in farmers in Malaysia in 1998 originated in pigs, who had previously been infected by bats. The disease can also spread from human to human, and the theory is that the virus can travel in respiratory secretions and saliva, such as that expelled by coughing. Most infections seem to have come from infected patients who had breathing problems, which supports this theory.

Incubation period: On average 5-14 days, but in some extreme cases up to 45 days, which can mean a lot of time for an infected person to unknowingly infect others.

Symptoms: The virus can cause acute respiratory infection and encephalitis (inflammation of the brain) that can lead to a coma or death. Symptoms include fever, headaches, myalgia (muscle pain), vomiting and sore throat. This can be followed by dizziness, drowsiness and altered consciousness. One in five people who survive can develop seizure disorders and experience personality changes.

Diagnosis: The main tests used are real-time polymerase chain reaction (RT-PCR) from bodily fluids and antibody detection via enzyme-linked immunosorbent assay (ELISA). Other tests used include PCR, and virus isolation by cell culture. These tests are often not well suited for use in remote and rural settings, where most outbreaks occur and where containment capabilities are lacking.

Are there vaccines or treatments, or ongoing R&D? There are no existing vaccines or treatments, but a phase 1 clinical study of a Nipah virus vaccine candidate (HeV-sG-V) started in February 2020 and is expected to be completed in September 2021. The Coalition for Epidemic Preparedness Innovations (CEPI) invested US$ 25 million in 2018 to kickstart an initial safety study that is run by Auro Vaccines LLC and led by PATH, and conducted at the Cincinnati Children’s Hospital Medical Center in Cincinnati, USA. The vaccine will be tested in healthy adults aged 18-49 years to assess the safety and how well the vaccine triggers an immune response.

As well as better diagnostics, and therapeutics and vaccines, much better surveillance is needed to rapidly identify and verify cases, undertake contact tracing, investigate spillovers, and better understand how bats host Nipah virus infection and infect other animals. Local communities need to be engaged too, both through awareness-raising to reduce risky behaviour that could bring people in contact with potential sources of infection and to ensure infection prevention and control measures in health facilities to reduce the spread. Better stewardship of natural resources, particularly forests and pastureland, could also prevent spill-over.

For more on Nipah, here is WHO’s fact sheet: https://www.who.int/news-room/fact-sheets/detail/nipah-virus