Mounting evidence suggests the Omicron variant is associated with fewer hospitalisations and is less likely to infect the lungs. However, it remains a major threat. 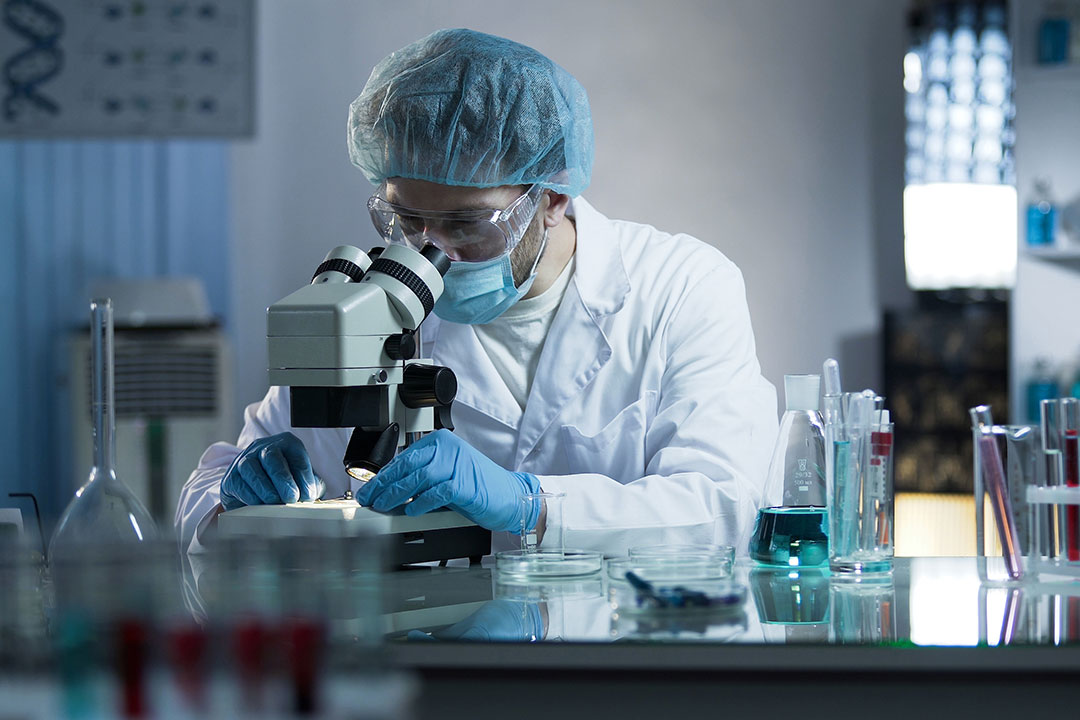 Scientist looking into a microscope with protective equipment on.

It is a glimmer of good news in an otherwise unrelenting stream of gloom: the Omicron variant of SARS-CoV-2, which is rapidly spreading around the world and triggering unprecedented rates of infection in many countries, appears to be associated with less severe disease.

But how reliable is this evidence, and does it matter, given the variant’s increased transmissibility?

Some insight into Omicron’s severity comes from assessments of the proportion of infected people admitted to hospital in countries such as South Africa and the UK, where the Omicron wave hit first.

According to a study led by researchers at South Africa’s National Institute for Communicable Diseases, individuals infected with Omicron between October and early December 2021 had lower odds of being admitted to hospital compared to those infected with other variants – equivalent to a roughly 80% reduction in risk.

The study, which has not yet been peer-reviewed, also looked at disease severity once someone was admitted to hospital with Omicron, compared to known Delta infections, and identified a roughly 30% reduction in the risk of severe complications. However, the range of values (confidence intervals) around that estimate was quite broad, so it is difficult to say this for sure.

While this would be good news if it’s true, one limitation of the study is that it compared people infected between October and December (when Omicron was the dominant variant) with those infected earlier during the pandemic. Earlier in the pandemic, people were less likely to have developed immunity either through infection or vaccination, but those infected between October and December may already have been exposed to another variant of SARS-CoV-2 and therefore developed some degree of immunity, or they are likely to have been vaccinated.

This could potentially make it look like Omicron infections cause less severe disease, whereas actually, existing immunity might result in less severe infection. Although the researchers adjusted for known prior SARS-CoV-2 infection and vaccination status, incomplete vaccination data, and the possibility of many re-infections not being detected means this remains a possibility.

The UK Health Security Agency (UKHSA) also recently published a technical briefing in which it compared the risk of hospitalisation for those infected with Omicron, compared to the Delta variant. This suggested that the risk of presenting to the emergency department or being admitted to hospital with Omicron was approximately half that of Delta, while the risk of hospital admission alone was approximately one third that of Delta. Here too, the researchers adjusted for vaccination status and whether the current infection was a known reinfection, but admitted that the adjustment may not have fully accounted for the effect of existing levels of immunity.

Another approach for assessing the severity of disease associated with Omicron, is to infect laboratory animals with it, and see how they respond. This removes the possibility of pre-existing immunity affecting disease severity – but mice and hamsters are biologically different to humans, so it is still impossible to directly compare their responses to the different SARS-CoV-2 variants.

A number of labs in different countries have now done this, and their results similarly suggest that Omicron may result in less severe illness compared to previous variants. These studies are also providing a possible explanation for this reduced disease severity.

For instance, when researchers at Washington University in St. Louis, US, infected hamsters and mice with Omicron, they found that after a few days, the concentration of virus in animals’ lungs was around ten times lower, and they barely lost any body weight (a sign of severe disease) compared to animals infected with other variants. Researchers at Leuven University in Belgium and the University of Liverpool, UK, have separately made similar observations.

Yet other studies have suggested that the Omicron variant replicates more slowly in human lung tissue, but much more quickly in tissue from the upper airways compared to previous variants. If true, this could mean that the virus predominantly infects tissue in the upper airways, rather than the lungs, meaning there is less chance of it triggering pneumonia – where the air sacs fill with fluid, making breathing difficult.

However, this isn't the only mechanism by which COVID-19 causes severe disease, and more research is needed to understand how the immune system reacts to this new variant.

Even a relatively low proportion of people requiring hospital care rapidly translates into very large numbers, if the number of community infections were allowed to escalate. This puts pressure on overstretched health systems, while the need for infected people to isolate can result in staffing shortages in essential services including healthcare, schools, and transportation.

Minimising infection and increasing access to vaccination is the best way of ensuring that everyone stays safe, as well as reducing the risk of other new variants emerging in the future.