Stories from the community
Cross-postsHIVGender equality

Polycystic Ovarian Syndrome is common among women and girls in Nigeria but not many know its impact on their lives and reproductive health. 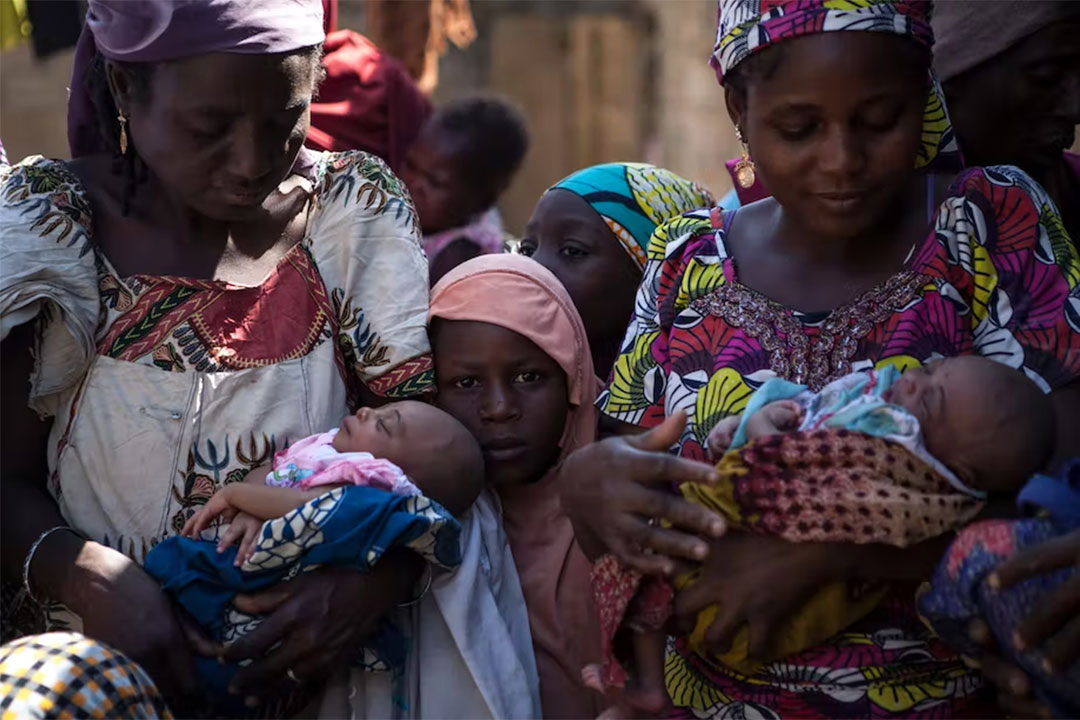 Women with Polycystic Ovarian Syndrome often battle infertility and may not conceive easily. Photo by Florian Plaucheur/AFP via Getty Images. from www,gettyimages.com

Polycystic ovary syndrome is the most common gynaecological endocrine disorder in women of reproductive age. It affects between 4% and 20% of women globally and is influenced by genetic and environmental factors. Despite its prevalence, it remains a conundrum amongst clinicians and allied health professionals. The Conversation Africa’s Nigeria based commissioning editor Kofoworola Belo-Osagie asked public health lecturer Ajike Saratu Omagbemi to explain the syndrome and the challenges around how it’s being detected.

What is polycystic ovarian syndrome?

The condition refers to the presence of small, benign and painless cysts in the ovaries, which result in a range of symptoms and changes in hormonal levels.

It is characterised by elevated androgen levels. In turn this leads to excessive body and facial hair and menstrual irregularities (no period or a long period).

It’s called a syndrome because it’s a collection of signs and symptoms which occur consistently together.

Polycystic ovary syndrome can mildly or severely disturb the reproductive, endocrine and metabolic functioning of a woman.

How big a problem is it in Nigeria?

Polycystic ovary syndrome affects one in six infertile women in Nigeria. Local studies have reported rates of between 13.8% and 18.1%, amongst study populations of women in their reproductive age.

Local studies have mostly focused on determining its prevalence, treatment and management techniques. Only a couple of studies have focused on knowledge about the condition; and their findings were mixed. It’s not clear how much people know about polycystic ovarian syndrome in Nigeria.

It’s important to close the knowledge gap on the condition in Nigeria. The country suffers from a double burden of infectious and non-infectious diseases such as HIV/AIDS, tuberculosis, cardiovascular disease, diabetes and obesity. There is growing evidence that these are linked to polycystic ovarian syndrome.

What is the impact?

Polycystic ovary syndrome can greatly affect the health and well-being of girls and women in the short, middle and long term, leading to deterioration of the quality of life.

It can begin as early as the start of puberty. A girl may not understand what she is experiencing or be aware of her risk of ill health. Older women may not seek or receive targeted care early enough. They may have years of unrecognised ill health before getting a diagnosis.

Symptoms are often related to a deterioration in a woman’s self-esteem and self-image and may thus affect her psychosocial health.

Infertility, a classic symptom of polycystic ovarian syndrome, remains a critical concern in many African societies. There’s a great deal of stigma attached to women in Nigeria if they can’t become pregnant. Th psycho-social and other consequences may include deprivation and neglect, violence, marital problems and mental health issues.

Why is the syndrome difficult to recognise?

Polycystic ovary syndrome is most often diagnosed two or three years after the start of puberty because the menstrual patterning stabilises around that time. There are different manifestations at this stage of development. Some adolescents more frequently experience menstrual irregularity – a good marker of a heightened androgen level. That in turn leads to unwanted developments such as male-pattern hair growth on the chest, back and face, male-pattern baldness, and acne. It’s thought that heightened androgen results in the development of polycystic ovary syndrome in adulthood.

The syndrome is not the only cause of missed ovulation in the menstrual cycle, but is strongly associated with menstrual irregularities.

Other manifestations are a skin condition known as acanthosis nigricans, which causes darker skin in the folds of the body, and premature pubarche, where pubertal changes take place too early – often before eight years of age.

It is easy to miss the condition in adolescents. And in the transition between adolescence and adulthood, normal changes can mimic the syndrome’s characteristics.

Why are older women not likely to seek treatment early?

Polycystic ovarian syndrome shows up in multiple ways and so it’s usually treated as different things. Health professionals still struggle with understanding it themselves, so they can’t always give women the information they need. Sometimes women eventually just try to treat their symptoms themselves.

Women who are using contraceptives may not realise that the hormonal changes they are experiencing are actually symptoms of polycystic ovarian syndrome. Only when they are off the contraceptive and trying to conceive without success do they seek help.

What social and lifestyle factors may cause the syndrome?

The exact cause is not known. Factors such as genetics and lifestyle have been linked to the development of polycystic ovarian syndrome. One can inherit the risk. Studies have found familial links.

Women with polycystic ovarian syndrome have an imbalance of insulin and androgens. Higher levels of insulin are suggestive of a high caloric diet and sedentary lifestyle. Up to 85% of women with polycystic ovarian syndrome also experience insulin resistance – when their body’s cells stop responding normally to insulin, and instead block the entry of glucose into the cell and thus cannot maintain normal glucose levels. Insulin resistance is brought on by certain lifestyle factors such as poor diet and physical inactivity. Physical activity plays a role in insulin resistance disorders such as diabetes.

What needs to be done?

The big challenge is to fill the knowledge gaps about the condition. Then people can manage the disease better, prevent complications, and be less anxious about fertility.

Women and girls with the condition and those at risk need to be educated about the possibility of metabolic complications so they can make lifestyle changes.

Ajike Saratu Omagbemi does not work for, consult, own shares in or receive funding from any company or organisation that would benefit from this article, and has disclosed no relevant affiliations beyond their academic appointment.