An ode to health workers on the highways of Monterrey, Mexico

Street artist Buffon draws attention to the importance of healthcare workers and how we can all play our part in ending the pandemic. 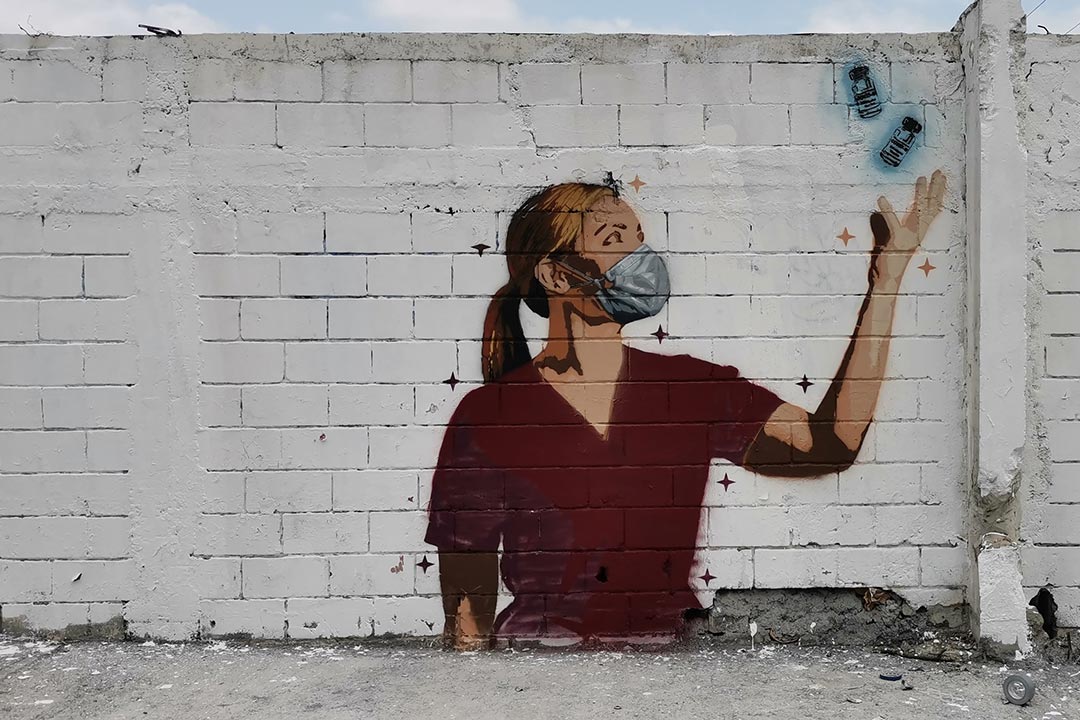 As a hospital worker, the Mexican graffiti artist known as @Buffon92 on Instagram knew what a toll the COVID-19 pandemic would take on health workers. It’s fitting that his first piece of COVID-19 street art was of a nurse, a doctor and a laboratory technician – images of healthcare staff he knows personally.

In one of his most striking pieces of pandemic art, he depicts the past, present and future.

It’s situated outside one of the most important hospitals in his city, Monterrey, capital of the northeastern Mexican state of Nuevo León, a sprawling industrial centre fringed by mountains.

“I decided to make murals in gratitude to all the health personnel who put their own lives at risk to care for all people,” he says. Next to the artwork it says in Spanish, “Sin ustedes no estariamos,” which translates to, “Without you, we would not be here.”

Does he believe that health workers have been appreciated enough? “I think that health personnel were recognised at the start of the pandemic, but as time went by they were once again forgotten, since people did not do their part to avoid infections, and what they were looking for was only to be able to go out.” 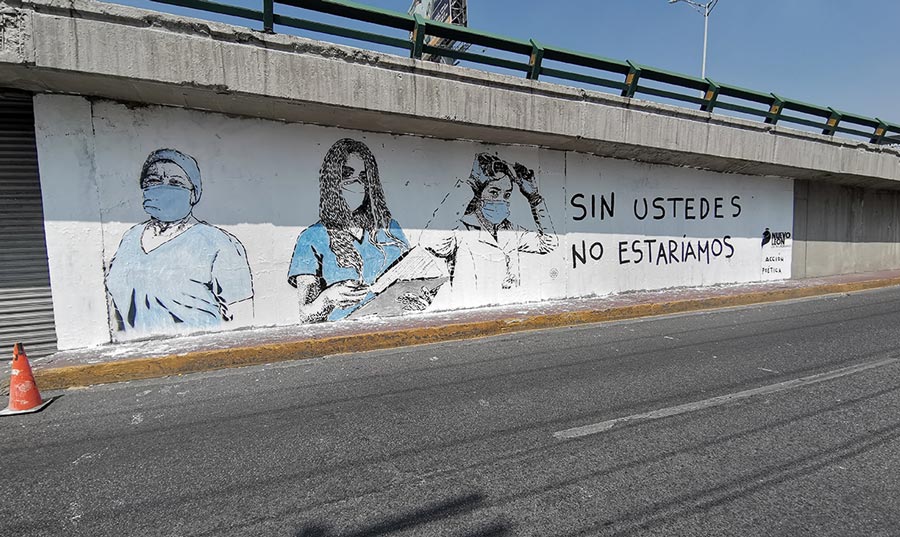 People seemed to respond differently to his COVID-19 art. In Mexico, he says, “Art is everywhere and the street is a place of expression. Everywhere you can see it, whether from a tag or graffiti to a very elaborate mural: art has always been present in the streets to transmit either a message of reflection or protest.”

Although street art is not always treated with respect, the artist says that unlike with other subject matters, the COVID-19 pieces have not been touched, and people take pictures of them.

In one of his most striking pieces of pandemic art, he depicts the past, present and future. 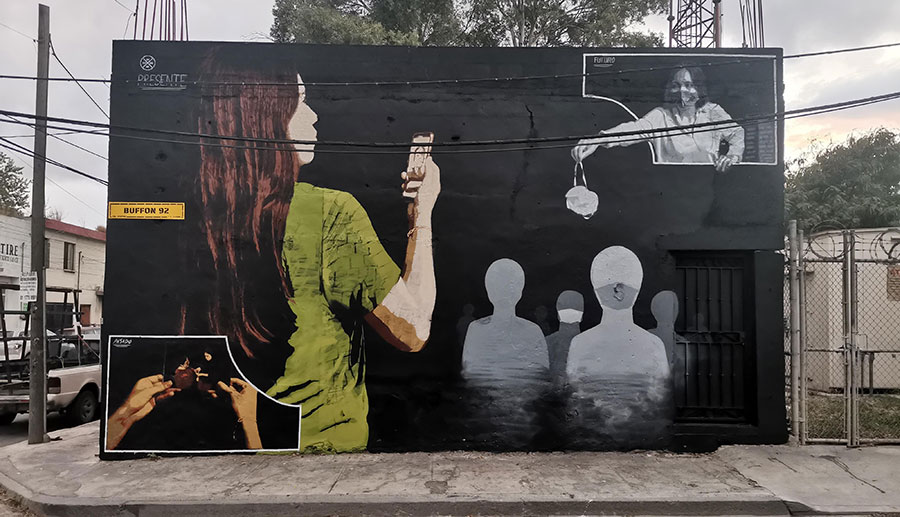 Buffon’s frustration with people not wearing masks is evident in a piece that just says “Use el pinche cubrebocas,” which roughly translates as, “Wear the fucking mask.” He says, “Despite the fact that we have nearly gone through two years of the pandemic, people cannot follow a simple instruction that would help stop infections. Sometimes people don’t understand that small actions can help change the world. So I decided to leave a clear message for people to see.”

All pictures included in this piece displaying Buffon’s artwork are courtesy of the artist.