Protecting children from the most-deadly infectious disease in Indonesia 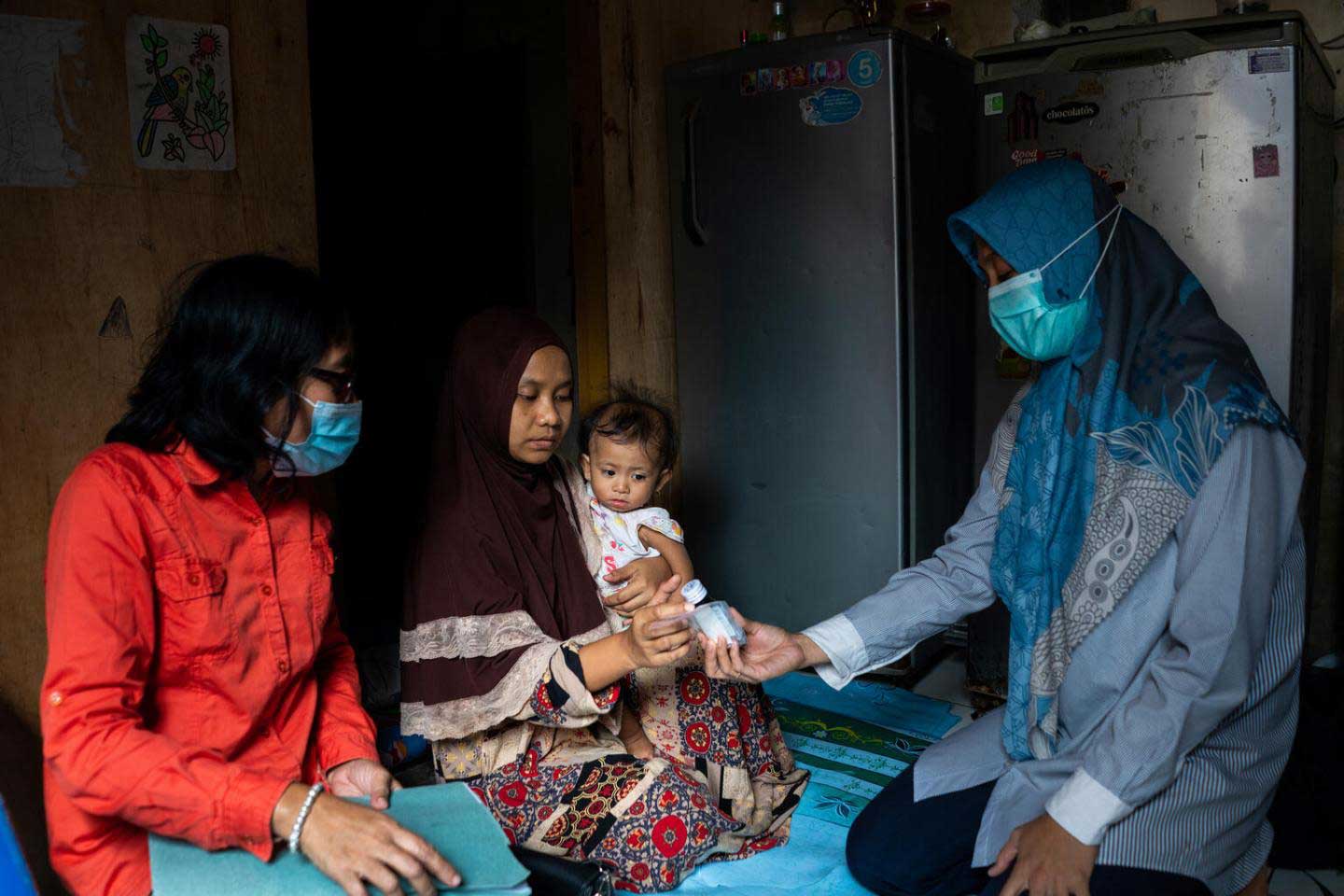 Ayu Arini woke to the sound of her 11-month-old daughter wheezing and breathing rapidly.

“Nada had been sick for a few days, so I gave her fever medicine. But when I saw she had a hard time breathing, I got really worried and rushed her to the community health clinic,” says the mother of two.

Nada was diagnosed with pneumonia - the top infectious killer of children under five in Indonesia. On average, a half a million children catch pneumonia each year in Indonesia, leading to some 10,000 deaths. Nada received treatment in time and is on her way to a full recovery.

Cases like Nada’s may become a very rare occurrence in Lombok thanks to the introduction of the Pneumococcal Conjugate Vaccine (PCV) which protects children from 13 types of pneumococcal bacteria.

Lombok is the site of a PCV demonstration programme that launched in 2017.  Recently, a new batch of PCV arrived on the island as part of a Ministry of Health scale-up strategy. The vaccines are part of the Gavi Advanced Market Commitment mechanism, which gives countries like Indonesia the ability to buy life-saving vaccines at greatly reduced prices through UNICEF’s global Supply Division.

The vaccine is sent to the provincial health post and then distributed to health centres through their district health offices. Nurse Desak is collecting enough vials to immunize about a dozen children under two at the Pagesangan Village Health Post (Poskesdes) in Mataram.

The clinic also holds weekly check-ups and routine immunization as part of the government's health services.

“PCV is very popular among mothers here. Before this programme, you could only get it privately and it was very expensive,” says Nurse Desak who has been working locally since 1992. “I used to see a lot of cases of pneumonia but now there are much fewer,” she adds.

Fitria Febriani is at the clinic with her six-month-old son Achmad. She heard about the vaccine from her midwife.

“I admit I am a bit scared of needles, and children are even more afraid, but the vaccination only lasts a moment. It’s worth it to stay healthy and protected from deadly diseases like pneumonia,” she says.

Baiq Dewi didn’t think she would be back at the morning health sessions for under 5s, but a “surprise” pregnancy at age 42 changed that.

“We didn’t have PCV years ago for my older children. Pneumonia was a concern for us mothers.  So I am very happy to be able to protect my daughter Arumi from this disease,” she said.

The programme hasn’t been without a few bumps in the road. The COVID-19 pandemic led to smaller health facilities being closed while physical distancing protocols meant large numbers of parents and children could not gather at the health centres.

“Parents were also worried they would catch COVID if they came to the health centres. So many avoided it,” says Head of Disease Prevention and Control HM Carnoto.

Next year, PCV vaccination will be phased in across the country as part of Indonesia’s routine immunization programme. The aim is to protect more than four million children every year against pneumonia and that means children need to get three doses of PCV – first at around two months, then at three and 12 months. A “catch up” strategy is used for children who missed out.

“Pneumonia is one of the leading causes of deaths among children under the age of five years,” says Sowmya Kadandale, UNICEF Indonesia Chief of Health. “Scale-up of PCV across Indonesia will be critical to saving the lives of children and improving their well-being.”

Back in Mataram, Ayu says as soon as Nada feels better, she will bring her to the health clinic for her PCV vaccination.

“I hope I never have to go through Nada being sick like that again. I want her to grow up healthy, I want her to be smart, successful and… well have every opportunity in life!” she said with a smile.

This article was first published by UNICEF Indonesia on 21 June 2021.

Protecting children from the most-deadly infectious disease in Indonesia