News from the lab
Cross-postsTuberculosisMalariaHIV 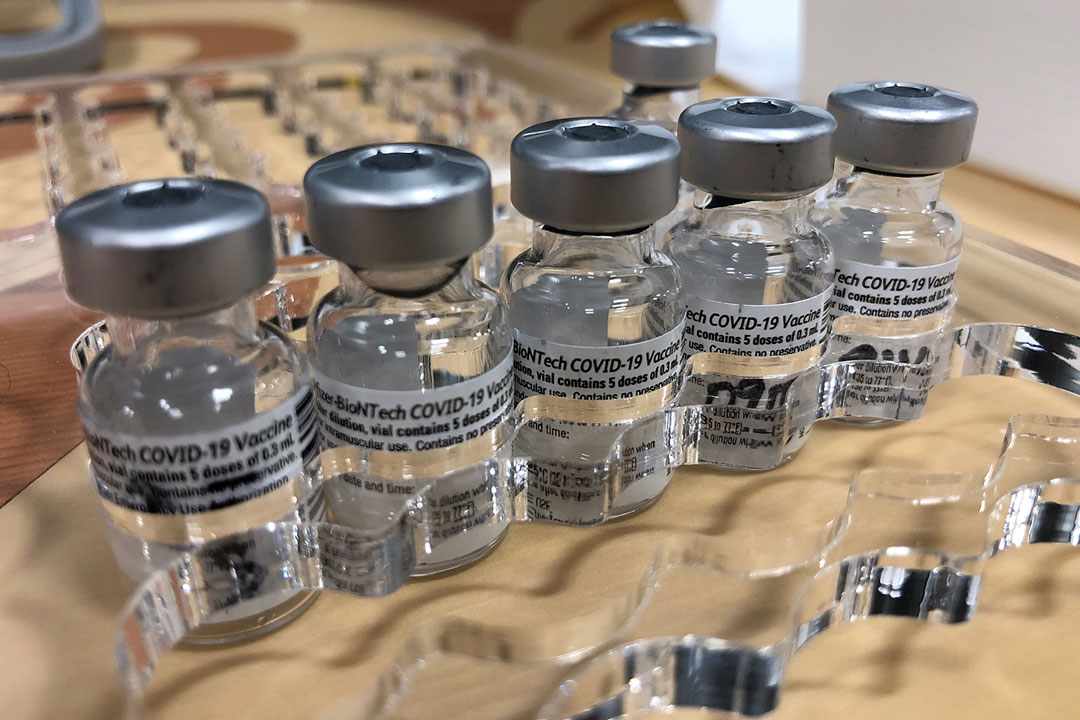 While researchers are still in the early stages of development for new mRNA vaccines, global health leaders focused on the world’s most neglected infectious diseases say that conversations about access should begin now.

Trained in epidemiology, public policy, microbiology and applied mathematics, Grais is director of research at Epicentre, the epidemiology and research arm of Doctors Without Borders (MSF).

Kieny, a virologist and vaccinologist, is chair of the board of the Drugs for Neglected Diseases Initiative (DNDi) and director of research at the French National Institute of Health and Medical Research (Inserm). She is also head of the board at the Medicines Patent Pool, which was founded by the global health agency Unitaid.

The promise of technology

Although messenger RNA (mRNA) technology may seem like it has just appeared on the vaccine scene, scientists have been working on this technology for years, and studying its potential for even longer, says Grais.

“The success [of mRNA vaccines against COVID-19] has led to looking much more closely at whether mRNA technology could be useful for other infectious diseases,” Grais says.

“The clinical development trials and large-scale use of mRNA vaccines for COVID-19 also means that there is now a large amount of information about their safety and efficacy and regulatory authorities are getting more familiar every day with this platform.”

Grais says that mRNA vaccines are easier to manufacture in large quantities than many other conventional vaccines.

mRNA technology seems to be particularly well suited for vaccines that need to be rapidly developed, such as for emerging diseases, or adapted, Kieny says. “Manufacturers claim to need no more than 100 days to develop a COVID-19 vaccine based off the sequence from a variant of concern, as compared to four to six months for other platform technologies,” Kieny tells SciDev.Net.

“The mRNA vaccine technology holds promises for other infectious diseases, such as neglected tropical diseases, but the full potential of these vaccines remains to be investigated.”

mRNA for the Big Three?

Grais agrees that there are a range of factors to be considered in determining the efficacy of mRNA technology for TB, malaria and HIV. She says that while mRNA vaccine technology has promise, all pathogens and germs are different and some are harder than others to develop vaccines for.

“mRNA vaccine technology has important benefits in terms of speed and scale-up which could be very useful for tuberculosis, malaria and HIV,” says Grais. “But infectious diseases have different and multiple mechanisms needed to produce a robust and lasting immune response. As such, it’s important to remember that mRNA may not work for everything. Multiple technologies always need to be considered.”

But it seems unlikely that these candidates will roll-out as quickly as the COVID-19 vaccines. “They are still years – at least five and ten years for malaria and TB, respectively – away from any large-scale use in the field,” Kieny explains. “The main barrier at this moment seems to me the development of candidate vaccines and the demonstration of their safety and effectiveness.”

Grais says there are features of the COVID-19 pandemic and SARS-CoV-2 itself that made the rapid vaccine response unique. “The global response that we have been witnessing is not so easily reproduced – funding, the commitment of political and scientific resources, and a shared goal leading to arguably unprecedented collaboration,” says Grais, whose research focuses on infectious diseases at a global scale as well as in Sub-Saharan Africa.

“It’s not yet clear whether that will also be the case for TB, malaria and HIV which threaten lives and economies every day, but not on a global scale.”

Another “significant and stubborn problem”, according to Kieny, is that vaccines are not viewed as profitable by pharmaceutical companies. “Alternative manufacturers, likely from developing countries, will need to take charge of these new developments,” she says.

Ramping up vaccine production in the global South will be vital, says Grais.

The World Health Organization (WHO) has announced that mRNA technology transfer hubs will be set up in six African countries, with ‘spokes’ in other low- and middle-income countries. Grais says that while the focus of the hubs will be on COVID-19 vaccines, the facilities and technology could be turned towards other infectious diseases.

Work to ensure that any future vaccines for the world’s most deadly infectious diseases are accessible and affordable should begin now, say the experts. For Grais, strengthening health systems and vaccine delivery pipelines is essential.

“Ensuring access or accessibility is far from being only a question of patents, distribution rights or manufacturing licenses,” argues Grais. “There are several existing incentives and mechanisms to foster vaccine development. But the questions of distribution – from manufacturing plant, or tarmac, to the arm of those in need – are critical.

“The unique collaboration and concerted effort of funders, scientists and industry during the COVID-19 pandemic provides an excellent example of what can be accomplished with political and public will.”

Grais adds: “The global South, which is not homogenous in their infectious disease burden and priorities, should be the first to be consulted.”

Kieny argues that intellectual property should be managed by a mechanism or process, such as the Medicines Patent Pool, which partners with civil society, governments, industry and other stakeholders to license medicines and pool intellectual property to encourage generic manufacture and the development of new formulations. The Medicines Patent Pool co-leads the mRNA vaccine technology transfer hub initiative with the WHO.

“Government and other public or not-profit organisations which finance research should ensure that their funding prioritises public health at large over profits for the private sector, and that IP rights are managed in a way which allows low- and middle-income countries to manufacture their own vaccines,” adds Kieny.