Before immunisation for Hib became routine, it was one of the biggest killers of children under five and the main cause of meningitis. High vaccine coverage is essential to keep that threat at bay, especially given rising antimicrobial resistance to antibiotics used to treat Hib infection. 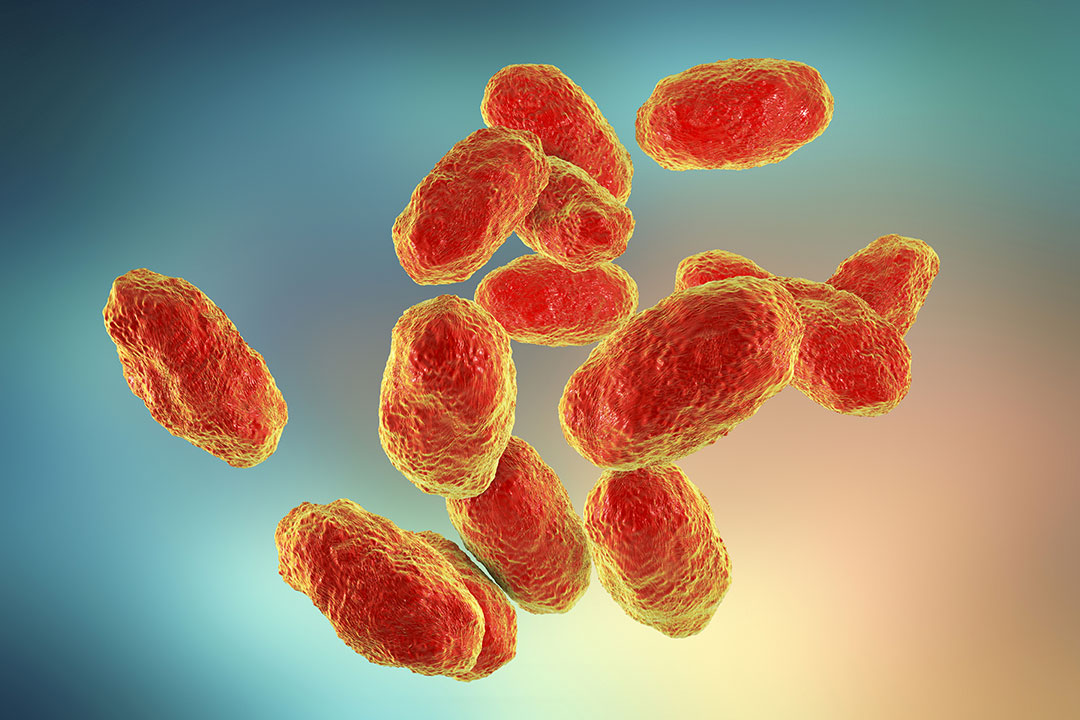 Despite its name, Haemophilus influenzae type b (Hib) has nothing to do with influenza. The bacterium was discovered in a group of patients during an 1892 influenza outbreak, and was mistakenly believed to be the cause of influenza. It was only in 1933 that scientists discovered that the flu was caused by a virus, and that Hib caused a secondary infection.

The Hib vaccine is also given as part of the pentavalent vaccine that also protects against diphtheria, pertussis, tetanus, and hepatitis B.

Before there was a vaccine, Hib was highly dangerous to children under the age of five because the bacterium can cause a deadly array of conditions from pneumonia to meningitis to sepsis. In 2000, there were about 2.1 million severe infections and 299,000 child deaths from the bacterium.

Even now, children are vulnerable if they are not vaccinated because even with treatment, one in 20 children with Hib meningitis dies. In 2015, around 82% of all Hib deaths were in the Africa and south-east Asia regions, which together accounted for 51% of the child population in that year. Most severe cases of Hib disease are in unvaccinated children and, as well as lack of access, vaccine hesitancy plays a role in continued disease prevalence in regions that have access to the vaccine.

Haemophilus influenzae type b (Hib) is a bacterium that infects the lining of the brain, causing meningitis, which can lead to fever, a stiff neck and drowsiness, and can send children into a coma or lead to death .Even when children recover, there is a high chance of paralysis, blindness, deafness or mental impairment.

Although different bacteria can cause meningitis, before a vaccine was available, Hib was the most common cause of meningitis. Hib can also cause sepsis, an infection of the bloodstream, pneumonia and epiglottitis. In epiglottitis, the epiglottis – which prevents food from entering the windpipe when swallowing – is infected; it then blocks the windpipe, leading children to suffocate and potentially die.

The Hib vaccine was first licensed in 1985 in the USA and an improved conjugate vaccine was licensed in 1987. The Hib conjugate vaccine is an inactivated vaccine made by chemically bonding a polysaccharide (sugar) to a protein, which makes protection last longer. Infants will usually get their first dose of Hib vaccine at 2 months and complete the series at 12 to 15 months.

Although Gavi offered support to widen access to Hib vaccine in 2000, uptake was slow because of a concern over vaccine costs, and a lack of awareness and understanding of the disease burden caused by Hib.

In 2005, the Gavi Board allocated US$ 37 million grant to set up the Hib Initiative to catalyse the vaccine’s uptake. This initiative combined the expertise of Johns Hopkins Bloomberg School of Public Health, the London School of Hygiene and Tropical Medicine, and the Centers for Disease Control and Prevention (CDC), to share existing data, research and advocacy to help countries build a case for adopting the Hib vaccine. This initiative was supported by a WHO global recommendation for Hib vaccination in 2006.

In 2015, despite there being a highly effective vaccine, there were still an estimated 340,000 episodes of severe Hib disease in children globally.

In 2015, 42% of children were still not immunised with Hib vaccine, indicating we have a long way to go in getting this life-saving immunisation out to children who need it most. Vaccine hesitancy is playing a role, with some parents wrongly believing misinformation suggesting five antigens in one vaccine is too much for their children.

Boosting immunisation coverage is becoming urgent: although antibiotics exist to treat Hib infection, antimicrobial resistance has been reported worldwide for Hib strains, which makes it even more critical to increase vaccine uptake around the world.