Super clean: Hand sanitiser helps prevent COVID-19, but what else is it doing to our health?

Hand sanitiser has become a regular feature of our lives since the start of the COVID-19 pandemic, but how effective is it – and is it a good idea to be so clean? 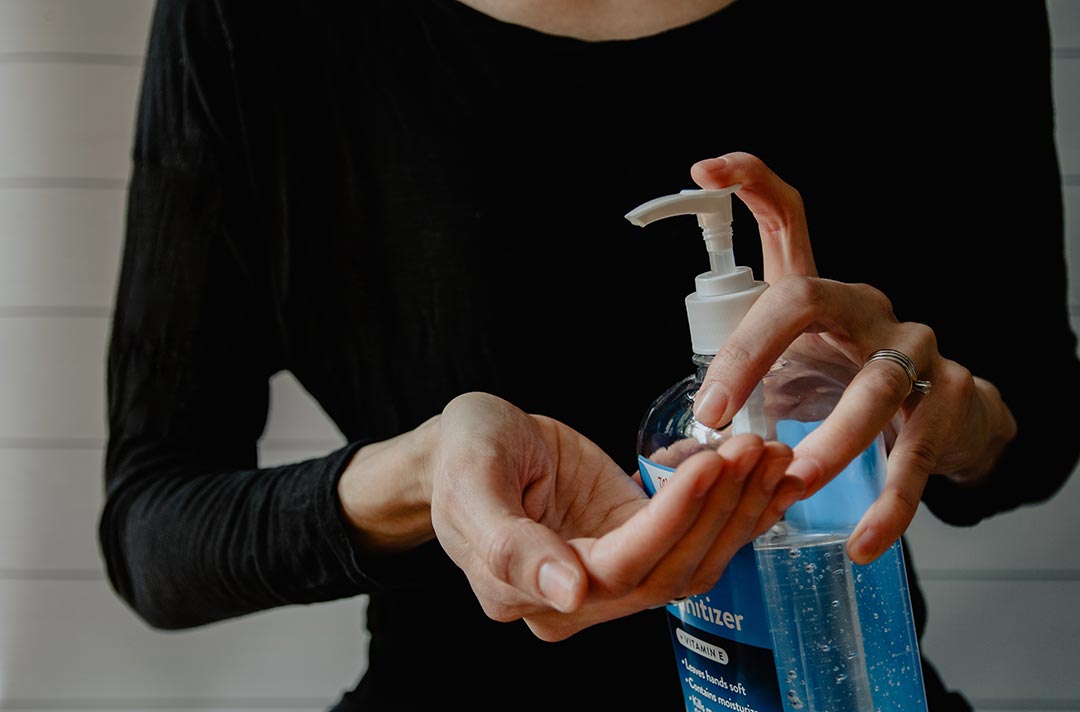 Hand sanitiser pumps are now a regular fixture at the entrance to many public buildings, but although hand gel is an effective way of killing many bacteria and viruses, some have questioned whether its overuse could contribute to antimicrobial resistance, skin conditions such as contact dermatitis, or even an increased risk of allergies, asthma or autoimmune disease.

There are two broad categories of hand sanitiser: alcohol-based, which rely on ethanol, isopropyl-alcohol or n-propanol to inactivate germs, and non-alcohol-based sanitisers, which contain a disinfectant – usually benzalkonium chloride – to achieve the same goal.

A recent review in the American Journal of Infection Control concluded that most alcohol-based sanitisers are effective at inactivating enveloped viruses – those surrounded by an outer fatty or lipid membrane such as SARS-CoV-2 and influenza – provided enough gel is used to fully cover the hands, and you don’t wipe it off before it has dried. They are moderately effective against non-enveloped viruses, such as norovirus, hepatitis A virus, and rhinovirus (one cause of the common cold), but formulations must contain at least 70-80% alcohol to reliably inactivate them. Benzalkonium chloride works against enveloped viruses, but is ineffective against non-enveloped ones.

Although hand gel is a convenient way of destroying viruses when hand washing facilities are unavailable, soap and water is still widely considered to be the most effective way of sterilising hands. For instance, the US Centers for Disease Control and Prevention (CDC) recommends washing hands with soap and water whenever possible because handwashing reduces the amounts of all types of germs and chemicals (e.g., pesticides or heavy metals) on hands.

However, there’s scant evidence that sanitiser products are any better at preventing disease, and laboratory studies have suggested they could encourage bacteria to develop resistance to them, storing up problems for the future. There are also signs that certain bacteria can develop tolerance to alcohol or benzalkonium chloride. Mechanically dislodging bacteria and viruses with soap and water is not associated with this problem.

In December 2020, the American Contact Dermatitis Society said it anticipated an increase in both irritant contact and allergic contact hand dermatitis – types of eczema triggered by contact with or an allergy to a particular substance – because of the focus on stringent hand hygiene during the COVID-19 pandemic. There is some evidence of this happening in various countries; for instance, dermatologists in Saudi Arabia recently reported an increase in skin irritation among people who had never previously experienced it, as well as an exacerbation in allergic dermatitis in people who previously suffered from the condition. Danish researchers also documented a “disturbing increase” in hand eczema among young children following their return to school post-lockdown, when they were instructed to wash their hands for 45-60 seconds with water and soap at least every two hours.

What about the risk of allergic or autoimmune disease? According to the so-called “hygiene hypothesis”, decreased exposure to microbes over the past 50 years might explain the rise in autoimmune disease and allergic disorders in many Western countries during the same period. Our interactions with the bacteria, parasites, viruses and fungi in our environment during early life are thought to play an important role in educating our immune systems to function properly, so could enhanced hygiene practices introduced because of COVID-19 be interfering with this relationship?

The risk is greatest for young infants whose immune systems are still very much a work in progress; by around the age of six, children’s immune systems are largely mature. Possibly, infants who have spent their early months in isolated or excessively sanitised environments will be at greater risk of developing such conditions, although it may be many years before we know this for sure. However, hand hygiene alone is unlikely to be a problem, since infants' bodies become colonised with microbes in all sorts of ways, including during birth and breast feeding, or playing in the garden.

The International Scientific Forum on Home Hygiene recently proposed a new framework for thinking about hygiene, called “targeted hygiene”. This means focusing our hygienic efforts on the times and places that matter most to reduce our exposure to harmful microbes, including SARS-CoV-2.

In practice, this means considering when you’re most likely to have come into contact with an infected person or surface, or to have contaminated your hands or a surface yourself (e.g., after coughing or sneezing) and immediately washing your hands or sterilising that surface afterwards.

The American Contact Dermatitis Society has also published a set of recommendations to mitigate the expected rise in eczema as a result of COVID-19-related hand hygiene. These include avoiding very hot or cold water and applying moisturiser immediately after hand washing or sanitising.