What is lateral flow testing and how could it be deployed against coronavirus?

Unlike PCR tests, which involve complex laboratory equipment and highly trained staff, lateral flow tests can be processed on the spot and return a result far quicker. But how exactly do they work, and could they really make a difference to the fight against COVID-19? 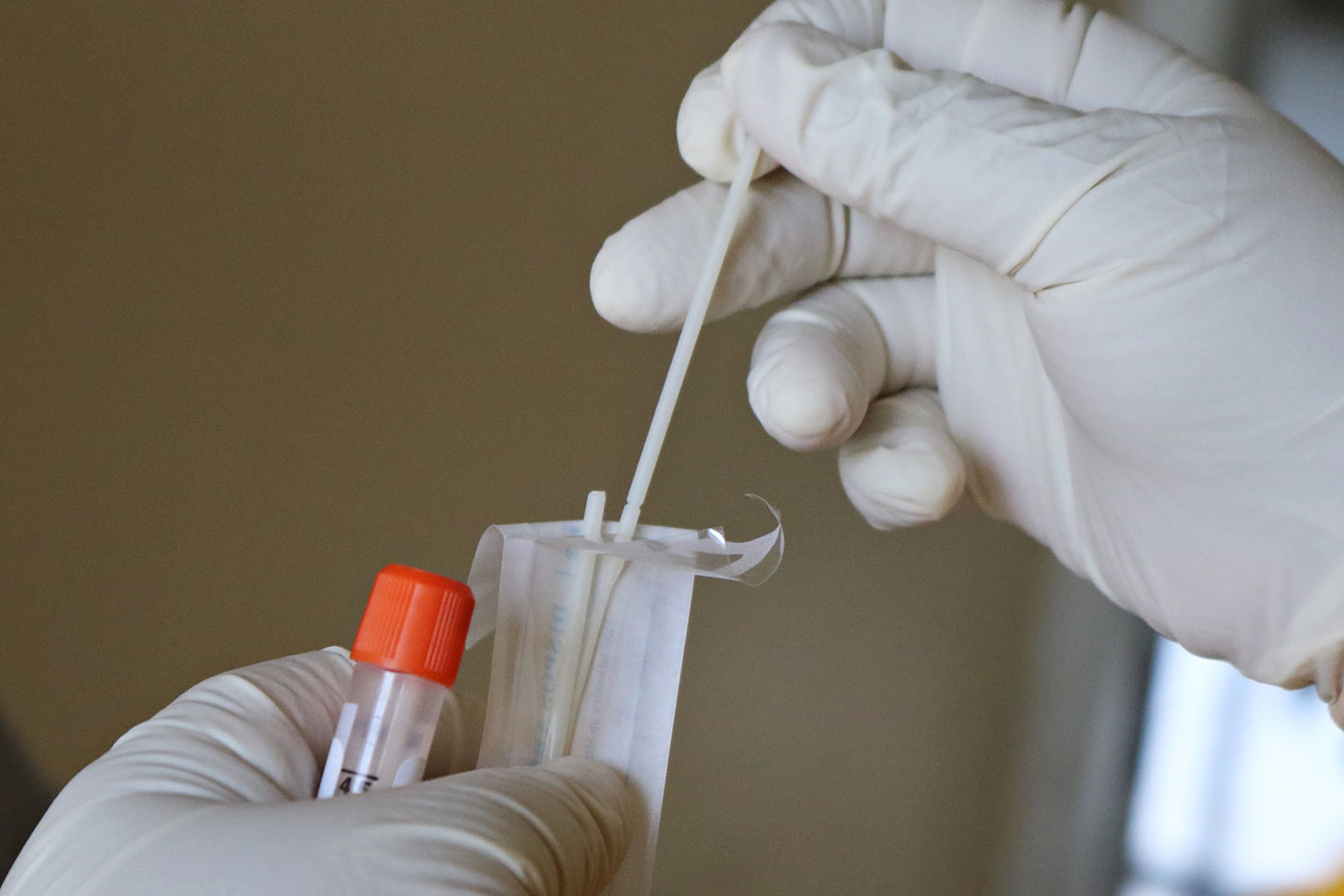 What is lateral flow testing and how could it be deployed against coronavirus?

COVID-19 lateral flow tests, also known as COVID-19 rapid diagnostic tests, offer a means of quickly testing for SARS-CoV-2, the virus that causes COVID-19, typically delivering a result in 15-30 minutes. They work in a similar way to home pregnancy tests – except in this case the material being tested comes from a patient's nose and throat, and the kit contains antibodies specific to viral proteins, rather than to a pregnancy hormone.

Rather than sending patient’s samples to a laboratory, lateral flow testing kits are small, portable, and can be administered with minimal training. This makes them attractive for deployment outside of healthcare facilities, in low- and middle-income countries, or for those countries rolling out mass population screening programmes.

However, the speed and convenience of these tests comes at the expense of accuracy, meaning care needs to be taken in the interpretation and communication of results.

How do lateral flow tests work?

Lateral flow tests can be designed to analyse various body fluids, but in the case of COVID-19, most tests analyse material collected from the back of someone’s nose and throat. The swab is then inserted into a tube of liquid, after which a sample of this liquid is deposited on a small absorbent pad contained within the disposable testing kit. The liquid is drawn along the pad by capillary action, until it encounters a strip coated in antibodies which are specific to proteins, also known as antigens, from the SARS-CoV-2 virus. If viral proteins are present, this will show up as a coloured line – much like a positive pregnancy test.

How accurate are they?

When it comes to reporting the accuracy of diagnostic tests, there are two key considerations, sensitivity and specificity.

Sensitivity refers to the proportion of true positives a test correctly identifies. A highly sensitive test will identify all infected people as positive.

Specificity refers to the proportion of true negatives a test correctly identifies. A highly specific test will identify all people who don’t have the virus as negative.

Unfortunately, increased sensitivity usually comes at the cost of reduced specificity. A test with low specificity can frequently tell people they are infected, when in reality they are not (a false positive). This may result in some people unnecessarily having to self-isolate.

Likewise, high specificity can come at the expense of lower sensitivity, which can mean that some people with a negative result are, in fact, infected (a false-negative). So, a negative test result may give people a false sense of security. Moreover, even a very specific test may yield a lot of false positive results if the disease is very rare in a population. Care must therefore be taken in the communication of such results to patients.

The World Health Organization recommends that rapid diagnostic tests for SARS-CoV-2 must have a minimum sensitivity of 70% and at least 97% specificity.

Independent tests by the Foundation for Innovative New Diagnostics (FIND) found that one such test, by the South Korean company SD Biosensor, had a clinical specificity of 99.3% and a clinical sensitivity of 76.6% - making it approximately 20% less sensitive than PCR tests.

Another issue is that lateral flow tests are unable to distinguish between infected people who are no longer transmitting the virus, and those who are still infectious.

Even though they are less accurate than PCR tests, their low cost, speed and ease of use makes lateral flow tests particularly attractive to countries that do not have extensive laboratory facilities or trained health workers to easily conduct PCR tests. With their high specificity, existing COVID-19 lateral flow tests are potentially useful for confirming that someone suspected of having COVID-19 really has it.

So far, the Access to COVID-19 Tools (ACT) Accelerator has reached an agreement with two lateral flow test manufacturers, SD Biosensor and Abbott, to make 120 million tests available at a maximum price of US$ 5 per unit over a period of six months. Additionally, the Global Fund has pledged an initial US$ 50 million to make more of these tests available, going forwards.

What about whole population screening?

Some countries, such as Slovakia and the UK are using lateral flow tests as a means of screening whole populations. For instance, the British government has been piloting the use of the Innova SARS-CoV-2 Antigen Rapid Qualitative Test in Liverpool, which currently has high rates of COVID-19, and is planning to roll them out across the country.

The hope is that this will enable more people who are infected, but asymptomatic, to be identified and quarantined, reducing transmission of the virus. However, some scientists have expressed concerns that the low sensitivity of the Innova test in people with low viral loads – could miss some cases. This would be problematic if someone interpreted a negative test result as a license to stop taking precautions and, for example, attend a party or visit an elderly relative indoors. However, the test is better at detecting people with high viral loads, who are most likely to pass the virus to other people.