When is a vaccine not a vaccine?

Most vaccines are given to healthy people to prevent infection with a disease-causing organism, but sometimes vaccines are used to fight an existing infection or illness. Such ‘therapeutic’ vaccines are being developed for numerous illnesses, including dengue, cholera and cancer. 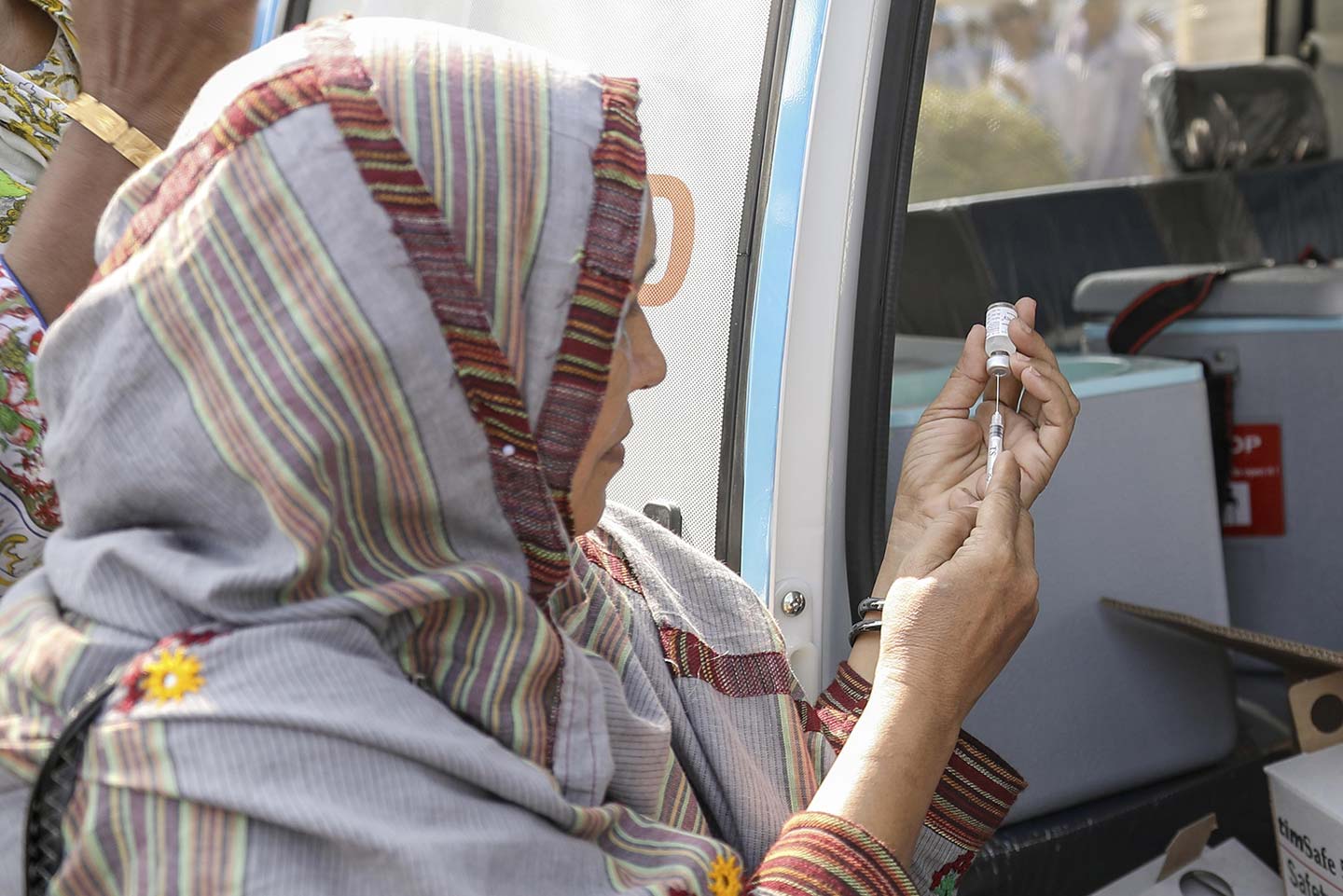 Vaccines build protection against diseases by teaching the immune system to recognise and defeat the pathogens that cause them. Although such immunity can be generated naturally when we are exposed to pathogens, vaccines trigger the same process without us having to experience the infection and get sick. Vaccines can also be used to accelerate or augment that immune response once infection has already taken place.

Most vaccines work by exposing healthy individuals to a weakened pathogen, or parts of it, in order to trigger a protective immune response. This immune response involves various cells which attack or engulf their target to destroy it, as well as the generation of ‘memory’ immune cells. These continue to circulate in the body long after the vaccine has disappeared, ready to recognise and rapidly respond to that specific pathogen should we encounter it again.

By speeding up the immune response, vaccines usually prevent the development of disease symptoms, or reduce their severity, in response to the pathogen. The best prophylactic vaccines also block transmission of that pathogen to other people, by preventing it from gaining a foothold in the body and replicating. This is called sterilising immunity.

Some vaccines can also be administered once someone has been exposed to a pathogen to try and accelerate the immune system’s response to it and prevent the development of serious or life-threatening disease. Examples of this include the rabies, measles and smallpox vaccines.

Approximately 60,000 people die from rabies each year, mostly children, and usually as a result being bitten or scratched by an infected dog. Vaccinating dogs against rabies is the most cost-effective way of preventing rabies in humans, but despite ongoing vaccination efforts, these aren’t extensive enough to eliminate the risk.

Some vaccines can also be administered once someone has been exposed to a pathogen.

Effective human vaccines against rabies also exist, but their price means it isn’t cost effective to vaccinate everyone in affected countries before they are exposed to the virus. Instead, prophylactic vaccines are reserved for people in high-risk occupations, such as animal disease control staff and wildlife rangers, or tourists who can afford to pay for the vaccine privately. Everyone else is treated with ‘post-exposure prophylaxis’, which involves receiving a course of the same vaccine after being scratched or bitten – usually alongside injections of antibodies from people who have already recovered from rabies. This is because once someone is infected with rabies virus, it is a race against time to destroy the virus before it spreads to the central nervous system and triggers fatal inflammation (swelling) of the brain and spinal cord. Symptomatic rabies is almost 100% fatal, in part because it impairs the immune system, but vaccination helps the immune system get ahead of the virus and destroy it before it kills the infected individual. Supporting the availability of rabies vaccines for post-exposure prophylaxis is one of Gavi’s strategic goals for the next five years, and could prevent an estimated 489,000 deaths from rabies between 2020 and 2035.

Like prophylactic vaccines, therapeutic vaccines aim to teach the immune system how to destroy a pathogen or other disease-causing entity (e.g. cancer cells), by introducing an antigen associated with it. But rather than training it against new pathogens, the goal of therapeutic vaccines is to persuade the immune system to fight harder against an existing illness. The first therapeutic vaccine to receive approval from the US Food and Drug Administration (FDA) was Provenge in 2010, which is used to treat men with advanced prostate cancer. Although the immune system can recognise and destroy cancer cells, tumours deploy various strategies to suppress this response. Provenge is a personalised vaccine, which aims to augment the ability of immune cells to fight back by removing some of them from the body, and priming them against tumour-specific antigens in the laboratory, before infusing them back into the patient.

Therapeutic vaccines are also being developed against other types of cancer, as well as viruses such as HIV and the human papillomavirus (HPV) which causes cervical cancer. Although an effective prophylactic vaccine already exists against HPV, the goal of a therapeutic vaccine would be to destroy cells which have already been infected with the virus and begun to transform into precancerous or cancerous cells.

The difference between vaccines and drugs

Vaccines are a specific type of drug which teaches the immune system how to defeat a disease. Importantly, once this education has taken place, ‘memory cells’ persist in the body, ready to initiate a rapid response if the pathogen is encountered again. This means that a vaccine can prompt long term protection against a disease, although sometimes multiple doses are needed to make sure this protection appears in all recipients. Some vaccines also require booster doses over time to ensure that enough well-functioning memory cells are present. A drug also helps the body to fight a disease, or lessen the symptoms associated with it – and it may even do so by influencing the immune system – but it doesn’t aim to cultivate this immune memory.