Which COVID-19 test is most relevant to me?

At the beginning of the pandemic there was a mad scramble to develop a test which would accurately diagnose COVID-19 infection. Now, six months in, hundreds of testsare available – but how do they differ, and which test is the most appropriate for which scenario? 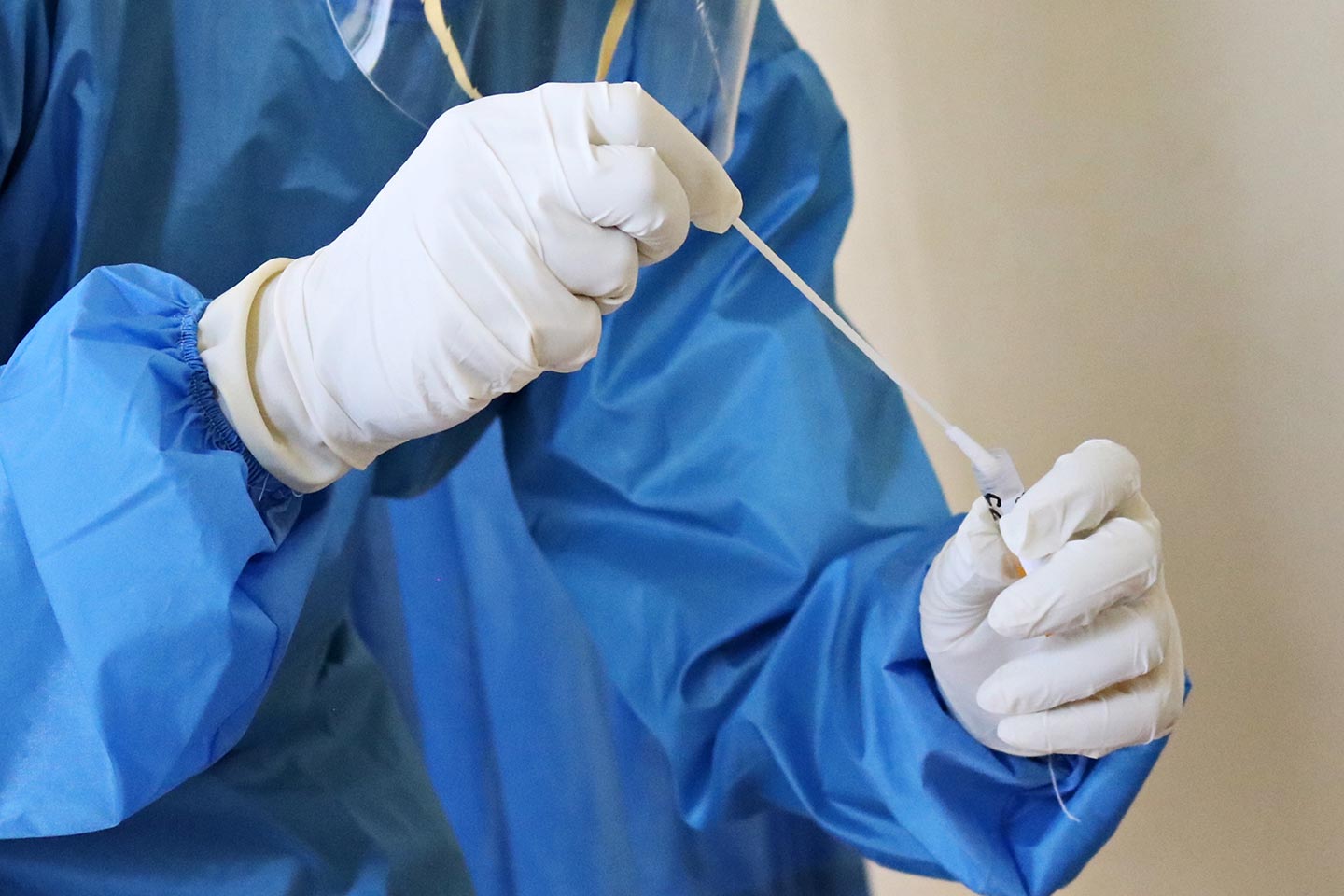 Photo by Mufid Majnun on Unsplash

Testing for COVID-19 performs various functions. It enables those with COVID-like symptoms to know if they are infected and need to self-isolate and allows their contacts (including those without symptoms) to do the same. Routine testing, such as in schools or workplaces, could enable asymptomatic individuals to be identified and quarantined, nipping potential outbreaks in the bud; while testing for current and past infections provides public health organisations with important information about regional and national rates of infection, helping to inform their strategies for managing the pandemic.

Routine testing could enable asymptomatic individuals to be identified and quarantined, nipping potential outbreaks in the bud.

These are based on a standard laboratory technique called the polymerase chain reaction (PCR), which is used to detect tiny amounts of genetic material within samples – in this case, from SARS-CoV-2. It is an extremely sensitive test, with high rates of accuracy, so PCR testing is widely accepted as the gold standard for COVID-19 detection. However, it requires specialist equipment and training, not to mention specific reagents, to perform. If any of these are in short supply, backlogs can ensue.

Most PCR tests for COVID-19 involve taking swabs from the nose and throat, and sending these away to a laboratory for analysis, which means it may take several days to receive the result. If you test positive, it is highly likely that you have the virus - although it is difficult to know if you are still infectious, because a PCR test can also detect dead virus. To get around this issue, some researchers have proposed quantifying the amount of virus in the sample, using something called the cycle threshold value, to assess how likely someone who tests positive for the virus is to pass it to other people.

False negative results - where a person tests negative for SARS-CoV-2 despite being infected - are another issue, estimated to occur in 2-29% of cases. This may happen because swabbing isn’t performed correctly, or because swabbing occurs too early in the infection. It is risky because that person may unwittingly pass the virus to other people.

PCR tests are also being developed which use saliva, rather than swabbing the nose and throat, which some people find uncomfortable. These tests appear to be less sensitive than conventional swabbing, but may be more appropriate for certain groups such as children.

Unlike traditional PCR, these tests can be performed with minimal training using portable table-top machines - and promise to deliver a result within 90 minutes. One such test has been developed by a spin-out of Imperial College London called DnaNudge. In August, the UK government placed an order for 5.8 million of their kits, which it hopes to deploy in hospitals and care homes, to rapidly diagnose and isolate patients with COVID-19. A recent study suggested that the diagnostic accuracy of this test is equivalent to conventional PCR testing for COVID-19. However, because each machine can only process a maximum of 16 tests in 24 hours, such tests are likely to play only a limited role in screening the wider population for coronavirus infection.

This is another solution proposed to try and increase the testing capacity of countries, and speed up the turnaround of viral tests. It has previously been used by the Red Cross to screen donated blood for HIV, Zika virus and Hepatitis, and has been piloted in San Francisco’s Bay area in the context of SARS-CoV-2. Rather than laboratories performing a PCR test on every sample they receive, samples from multiple people are mixed and tested as one. If the results of the pooled samples are negative for SARS-CoV-2, it is safe to assume that each of the individual samples are negative. If the pooled sample tests positive, each individual specimen in that pool is individually retested to identify the source of the virus. Pooling samples can also reduce the cost of viral testing, by reducing the number of tests performed. By how much, depends on the proportion of people who are infected. Researchers have calculated that if 9% of a population were infected, pooled testing would reduce test use by approximately 50%, but if only 0.1% of a population were infected, test use would be reduced by almost 90%.

Rather than detecting genetic material from the virus, antigen tests identify proteins present on the surface of SARS-CoV-2. They still usually require a nose or throat swab, although saliva tests are also being developed. Antigen tests are far faster and cheaper to perform than PCR tests. For instance, the US Food and Drugs Administration recently granted emergency-use approval to a credit-card-sized testing device developed by Abbott Laboratories, which doesn’t require a laboratory or machine for processing, gives results in 15 minutes, and costs just US$ 5. The company aims to be producing 500 million such tests per month by October.

This speed and scale may come at the cost of accuracy, however. Antigen tests are less sensitive than PCR, which may mean that more people who are infected with the virus are missed, resulting in unnecessary outbreaks. On the other hand, antigen tests are more likely to identify those people carrying larger amounts of virus, so they may help those who are most infectious. They are also more likely to detect virus when individuals are at their most infectious, and less likely to detect dead virus which lingers after an infection has ended.

Rather than detecting current infection, antibody tests aim to identify previous exposure to SARS-CoV-2, by detecting one type of immune response – the production of antibodies by B cells. Their presence in the blood is a good indication that someone has been exposed to the virus, and may indicate that they are protected against future infection.

Antibodies take time to appear and in some cases may wane over time, so a negative antibody test result also doesn’t necessarily mean you haven’t had COVID-19, or that you don’t have some immunity against it – because antibodies may appear later or other types of immune response may also be involved in fighting the virus.

However, antibody tests still have an important role to play by helping inform public health organisations about what proportion of a population has been exposed to the virus. They are also useful to researchers hoping to learn more about how immunity to SARS-CoV-2 develops.