Why Ebonyi State ranks first in routine immunisation in Nigeria

Ebonyi is on “a mission to ensure no Ebonyi child is unimmunised”. Here’s what that looks like. 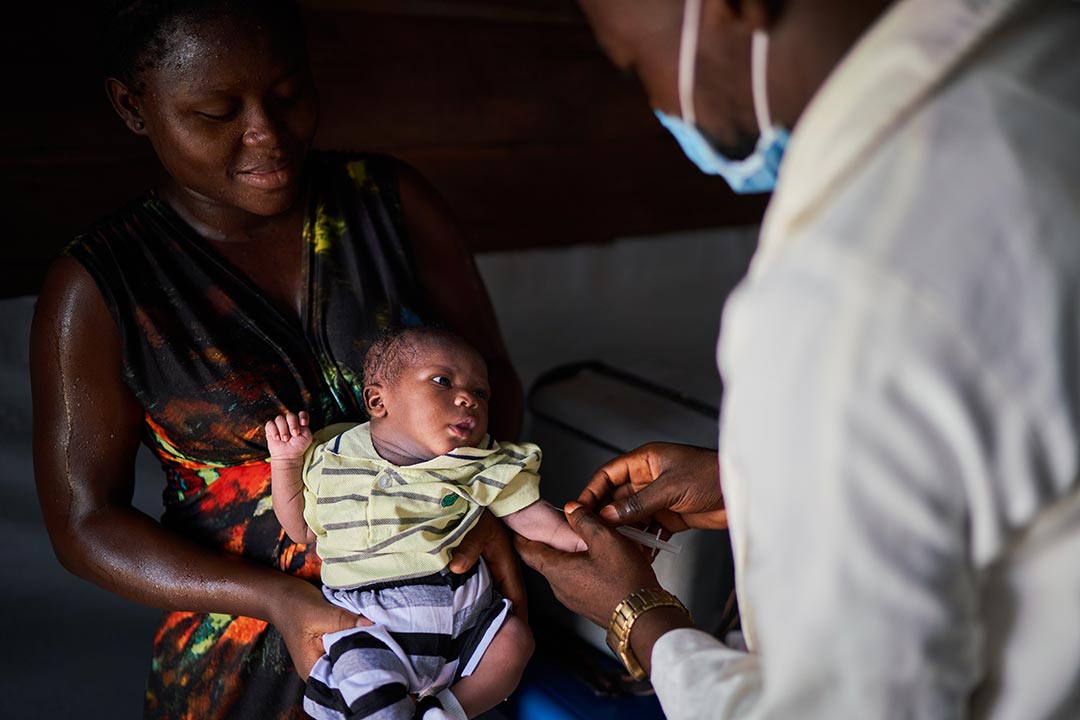 Nigeria’s Ebonyi State may be small, it may be considered relatively remote, but when it comes to routine immunisation coverage, it leads the country.

According to a pair of major nationwide surveys – the 2021 Multiple Indicator Cluster Survey (MICS) and National Immunisation Coverage Survey (NICS), released by the Nigeria Bureau of Statistics, NBS, and UNICEF – Ebonyi achieved 100% immunisation coverage for children under 23 months of age.

While nationwide some 18% of children have received no vaccinations at all, the data says that Ebonyi is home to zero of those "zero-dose" kids, meaning that every child in Ebonyi benefits from the protection of at least some childhood immunisations. On the other end of the spectrum lies Sokoto State, recording the highest proportion of completely unvaccinated children, at 51%.

“We have no reason not to bring our children for immunisation. And, even when we don’t come, the vaccinators will come to the communities to vaccinate the children. For six years, I have not had any reason to complain about the immunisation they gave my children.”

Presenting Ebonyi with an award that recognised it as the 'overall best state in routine immunisation', Dr Faisal Shuaib, Executive Director of the National Primary Health Care Development Agency (NPHCDA), praised the state healthcare system's good leadership, standards of accountability, and collaboration with community leaders. VaccinesWork went to Ebonyi to find out what all that looked like in practice.

"We recognised that the hallmark of routine immunisation is the cold chain system and because we found only one cold room when we came on board in 2015, we procured and installed three additional working cold rooms in Abakaliki, the state capital," says Dr Umezurike.

Keeping track, and keeping in touch

In Ebonyi, routine immunisation is compulsory for all children zero to five years – but that rule alone doesn't guarantee that children don't slip through the cracks.

Dr Umezurike says, "We are on a mission to ensure no Ebonyi child is unimmunised. One of the major problems in routine immunisation is the non-tracking of dropouts. To address this we introduced immunisation cards to track the children and their mothers who sometimes take the first immunisation dose and will not return."

Elizabeth Odoh, Matron at the Maternal and Child Healthcare Centre in Azuiyokwu Abakalik LGA, explains that the introduction of automated text messaging has helped to make sure that no child is missed. "Our number one strategy is educating the women on the importance of keeping their appointment and knowing the number of times a child is to be immunised. The automated text messaging helps to remind the women about their appointment date. Once they see the text message they will plan for the next immunisation. We also ensure that each baby fully immunised is given gifts like treated bed nets and micronutrient powder."

Dr Umezurike agrees that building relationships with communities – reaching out, and offering perks – has been vital to the state strategy. "In Ebonyi, immunisation outreaches are critical," he says. "All the Primary Health Centres (PHCs) in the state were mandated to organise regular immunisation outreaches, especially in the hard-to-reach areas. During these outreaches, we support it with pluses like soaps and biscuits; we also distributed 7.0 kVA generators to 171 PHCs and tricycle ambulances for outreaches."

Edo Osagie Edith, Senior Community Extension Worker (CHEW) at Azuiyokwu PHC, describes what 'aggressive immunisation outreach' looks like on the frontlines: "We go to churches, mosques and schools to vaccinate children. We have town announcers who announce our activities. We also have mobilisers who go from house to house to bring out eligible children for vaccination."

All of this has provided parents and their children with seamless access to immunisation – but in many cases, the last, vital step is a mother's to take.

Conscientious PHC health care staff make that a no-brainer, according to mother Chinenye Adoke, who brought her nine-month-old in for routine jabs. "We have no reason not to bring our children for immunisation. And, even when we don't come, the vaccinators will come to the communities to vaccinate the children. For six years, I have not had any reason to complain about the immunisation they gave my children."

Another mother visiting the PHC in Azuiyokwu Abakalik LGA, Clemetina Emmanuel, says, "In this centre, we are always attended to. There is no stock-out and they do immunisation every day. My only challenge is the crowd. Sometimes we leave our houses very early."

At the Echieba PHC, Ebonyi LGA, Elizabeth Obinna, who brought in her five-day-old baby for immunisation, says, "I cannot trade my child's immunisation even for my job. This is my third child. I have never missed immunisation of my children and the treatment you get from the nurses will encourage you the more. They follow up with you. Today, I am here with my mother. After immunisation, my mother will take the baby home and I will leave from here to my office. My children hardly fall sick."

Why Ebonyi State ranks first in routine immunisation in Nigeria