Investment in bedside oxygen production could make hospitals more resilient in the face of COVID-19. 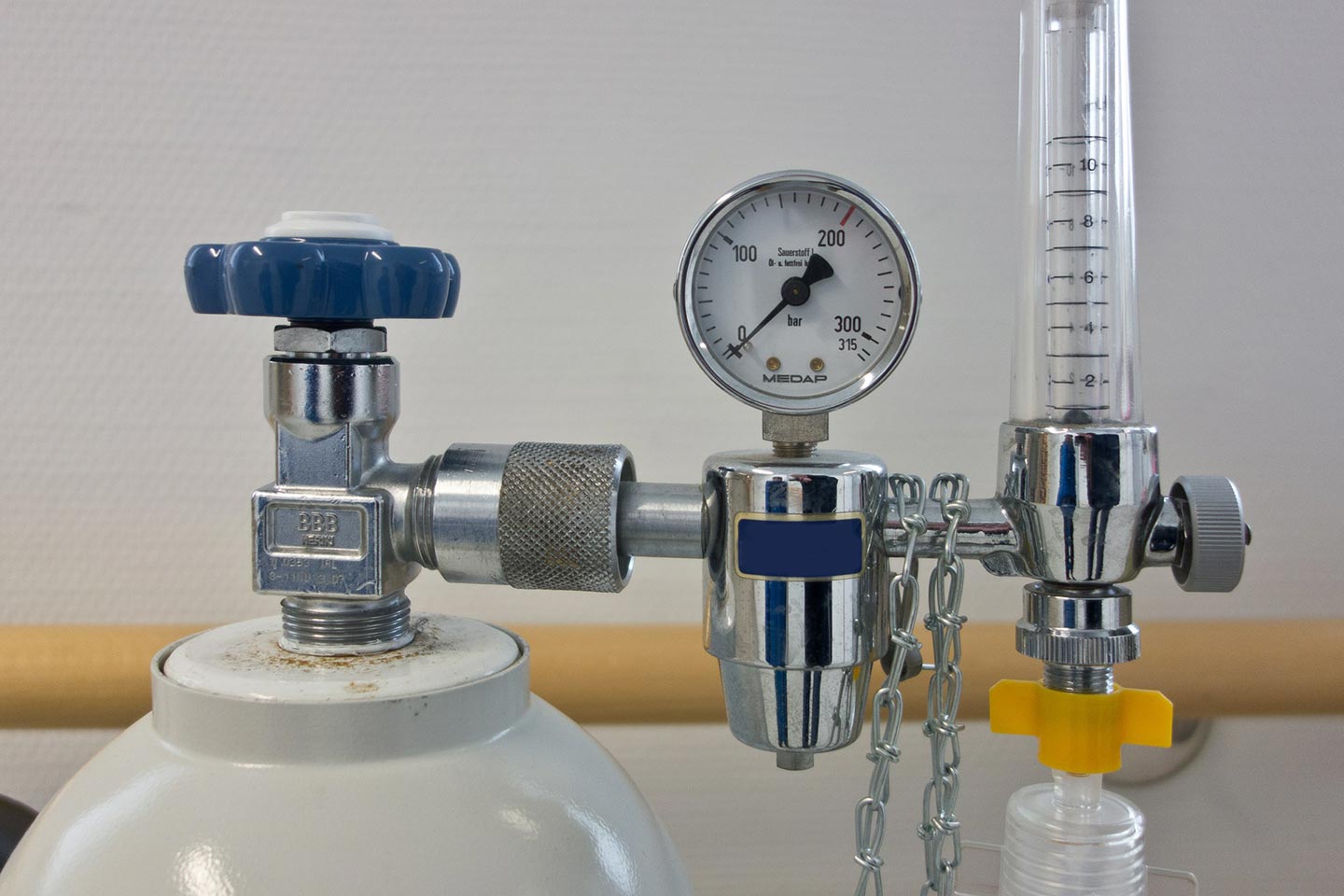 Image by Michael Schwarzenberger from Pixabay

Harrowing stories of patients dying for lack of oxygen in Delhi hospitals have focused international attention on where this life-sustaining gas comes from. Oxygen is all around us in the air we breathe, but when our lungs become inflamed and damaged, as they do during severe coronavirus infections, it makes it harder for them to absorb enough oxygen to meet the body’s needs. All of our cells need oxygen to survive, and as blood oxygen levels begin to fall, our organs and tissues begin to starve. To combat this, patients hospitalised with severe COVID-19 are often given supplemental oxygen.

As coronavirus cases in India have soared, medical oxygen consumption has risen eight-fold, and dozens of hospitals in Delhi and elsewhere have reported running out of the supplies they need to keep patients alive. Various countries have responded with offers of oxygen cylinders, concentrators and cryogenic tanks to transport ultra-cold liquid oxygen, while organisations such as UNICEF are working with their partners to buy and install oxygen generation plants in hospitals. But how is oxygen extracted from the air in the first place, and how do we prevent future shortages as the pandemic continues to wreak havoc around the globe?

Air contains approximately 21% oxygen, 78% nitrogen and 1% other gases. The oxygen part can be extracted and delivered to patients through several routes.

Most medical oxygen is produced in factories, of which there are around 500 in India. They extract oxygen from air by cooling it until it becomes liquid, and then separating out the oxygen, nitrogen and other parts, based on their boiling points. This oxygen is then transported to large hospitals and regional distributors in liquid form at very low temperatures in cryogenic tanks.

Oxygen isn't only produced for medical purposes but for industrial use as well. Because of the sudden surge in demand for medical oxygen, currently most of the industrial oxygen in India is undergoing an additional purification step, and then being diverted for medical use. A major challenge is getting this oxygen from factories in eastern and southern states to the northern and western states which are most struggling with supply. It takes hours to fill a tanker with the highly flammable liquid oxygen, and once on the road, these vehicles must follow a strict speed limit of no more than 25 mph as well as not travelling at night, to avoid road accidents.

Once the tanker arrives at a hospital or distribution site, the oxygen is transferred into a storage tank. It is then reconverted into gaseous form, and supplied to patients via a network of pipes, or used to fill portable metal cylinders, which can be delivered to smaller hospitals and clinics that don’t have large storage tanks.

There are other ways of producing oxygen as well. Bedside oxygen concentrators draw oxygen from the air and can provide oxygen to up to two adults at a time, or five children. Because they generate oxygen in situ, they overcome the problem of delivering it from factories. These machines cost between US$ 500-1,000, plus maintenance costs, and are manufactured in India, China, Europe, US and Russia.

Oxygen generators are another piece of equipment that can be brought into hospitals to produce medical oxygen. These can fill 30 to 50 cylinders per day – with each cylinder providing a patient with the oxygen they need for between 24 and 72 hours, depending on the severity of their illness. These machines are made in the US and China, and cost around US$ 100,000

India recently announced that it was importing 10,000 oxygen concentrators from the USA, while other countries have offered further donations of oxygen generators, tanks and cylinders. However, as coronavirus cases rise in other low- and middle-income countries, such as Nepal, it is important that they are also prepared for an increased demand for medical oxygen. Early in the pandemic, the World Health Organization (WHO) started scaling up oxygen supply in the most vulnerable countries by buying and distributing oxygen concentrators, as well as pulse oximeters – the devices used to monitor levels of oxygen in the blood of patients. By the end of February, it had distributed 30,000 oxygen concentrators and 40,000 pulse oximeters to 121 countries. The WHO continues to work with ministries of health in Somalia, South Sudan, Chad, Eswatini, Guinea-Bissau and other countries to help them create a more sustainable and self-sufficient oxygen supply.