Although cervical cancer is almost entirely preventable by a vaccine against the causative human papillomavirus, many still don’t have access to it, nor do they have access to screening for early detection. This needs to change if the cancer is to be eliminated. 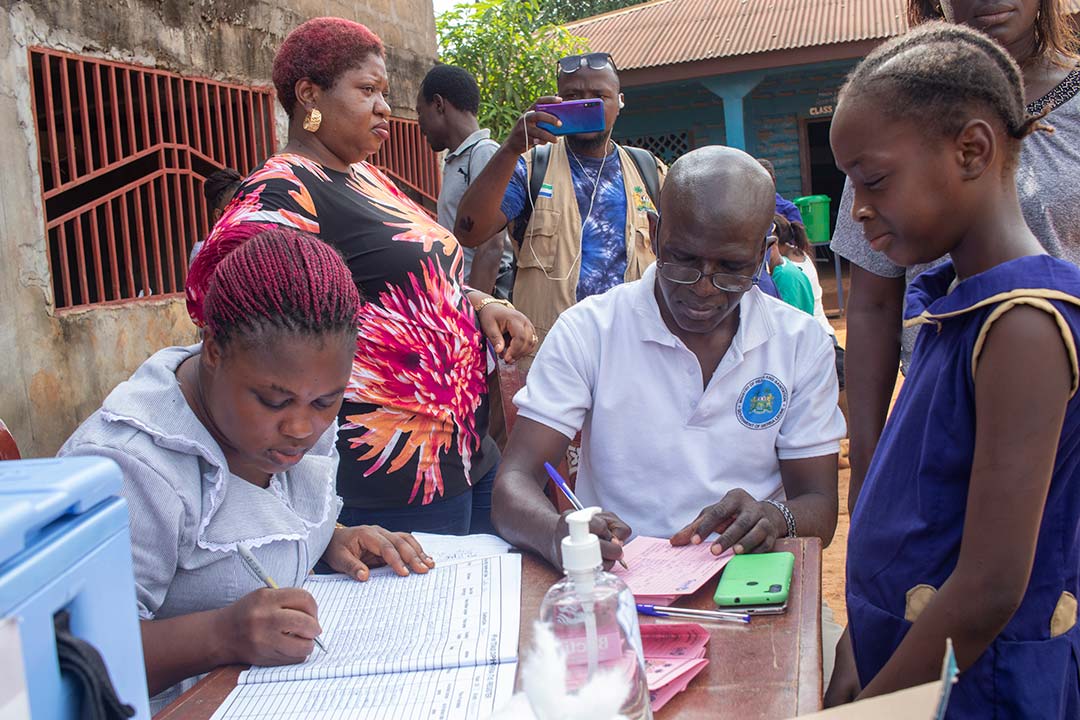 Girls getting HPV vaccine at a school in Sierra Leone. Credit: Gavi/2022/Joshua Kamara

The world is not on course to meet the World Health Organization's (WHO's) target to eliminate cervical cancer by 2030, according to new research.

To meet this target, WHO set a threshold of four cases per 100,000 women-years, but current incidence is more than three times this, as indicated in new research by Dr Deependra Singh, Cancer Surveillance Branch, International Agency for Research on Cancer, WHO and colleagues in the Lancet Global Health.

Cervical cancer kills one woman every two minutes and those in low- and middle-income countries tend to bear a disproportionate burden (90%) of cervical cancer, most cases of which are caused by the human papillomavirus (HPV) that is preventable by a vaccine.

In this study, the researchers looked at the extent of global inequalities in cervical cancer incidence and mortality, based on The Global Cancer Observatory (GLOBOCAN) 2020 estimates worldwide.

They found that there were persistently high rates of cervical cancer in low- and middle-income countries, and that recent spikes in Eastern Europe and sub-Saharan Africa are of great concern.

The increases in cases and overall lack of progress in reducing the burden of cervical cancer could be due to lack of a screening programmes, suggest the authors. One of the authors, Dr Valentina Lorenzoni, Scuola Superiore Sant'Anna, Italy, says, "While a decrease in screening intensity due to the COVID-19 pandemic might have left a new group of susceptible women, the pandemic also boosted the introduction of self-administered HPV testing, offering new possibilities to increase screening coverage.

"Other new advancements, such as thermal ablation for treating cervical pre-cancer, the use of mobile phones to improve follow-up after screening, and machine learning to improve visual assessment, can also be used in low resource settings to lower cervical cancer rates."

Cervical cancer is almost entirely vaccine-preventable, which means that alongside screening for early detection, rolling out the HPV vaccine is critical to preventing infections.