Immunisation & pneumonia: taking on the world’s number one killer of children

Kevin Watkins, Chief Executive of Save the Children UK.

During a recent visit to Somalia, I spent some time in a Save the Children-operated health centre in Shada, where I met a little boy called Abdulrahman. His mother, Sahro, one of those extraordinarily resilient Somali pastoralist women, got him to the clinic after walking for 90 miles in search of food and medical help. Diagnosed with severe malnutrition and pneumonia, Abdulrahman survived – just.

Abdulrahman is one of the lucky ones. By the time you finish reading this article, four children will have died from pneumonia. There is a widespread misperception about this global killer. Most people believe it selects its victims principally from old people in rich countries. In fact, pneumonia is today the single biggest killer of children in poor countries. And because it is a disease of poverty, most of the victims are poor children.

Despite the scale of crisis, pneumonia remains something of an ‘orphan disease’.  The world’s number one killer of children does not figure prominently in global partnerships. It attracts limited funding. And it is often neglected in national policy.

Speaking bluntly, this combination of neglect, indifference and inertia is indefensible. In today’s world, no child should die from pneumonia. Yet the disease claimed over 900,000 child lives in 2015 – one every 35 seconds. That’s 15 per cent of all child deaths: more than HIV/AIDS, malaria and measles combined. Moreover, the death toll is falling far more slowly than for other major killers. Failure to change this picture and bend the curve on pneumonia deaths will leave the world far short of the 2030 promise to end avoidable child deaths.

Cutting pneumonia deaths does not take rocket science. The critical requirement is a health system equipped to prevent, diagnose and treat children. The fact that so many children are killed by the disease is itself a symptom of under-financed and unequal health systems – and to the life-saving interventions they deliver.

Immunisation is a case in point. As Bill and Melinda Gates pointed out in their annual letter this year, immunisation saves lives – contributing to the around 122 million children’s lives saved since 1990. It protects children from life-threatening yet largely preventable diseases such as pneumonia. There is no more cost-effective health intervention. But for vaccines to fulfil their life-saving potential they must be in reach of all children, including the most marginalised – including Abdurrahman. This demands health systems that can deliver immunisation and other essential health services in reach of every last child, which in turn demands countries have timely access to affordable vaccines. 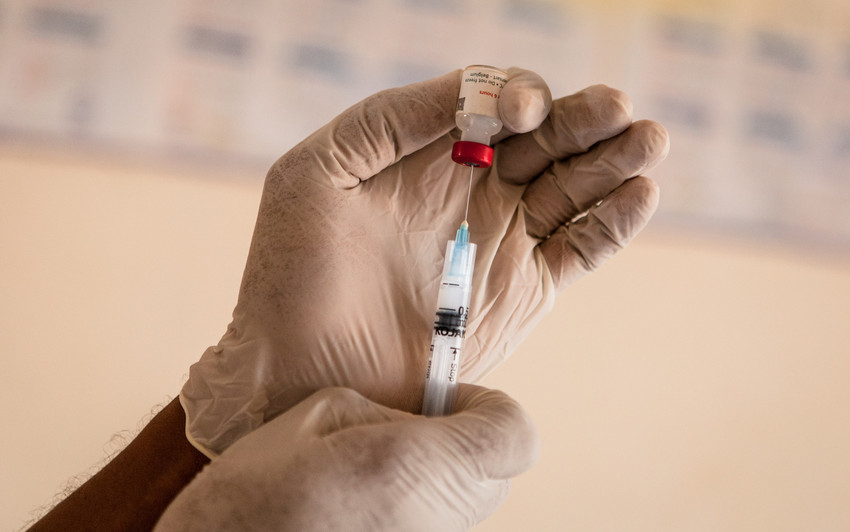 A pneumococcal vaccine is prepared at Makoror health centre in Wajir, north east Kenya. Photo: Save the Children UK.

Universal access to immunisation – including the pneumococcal vaccine (PCV) – is a critical ingredient to reducing pneumonia deaths. Approximately 6.4 million deaths could be prevented by immunisation between 2011 and 2020, and Save the Children estimates that closing the immunisation equity gap could save 800,000 more lives between now and 2020.

The problem is that 1 in 7 children today are out of reach of immunisation – and even more children are left behind from accessing newer vaccines such as PCV. To focus on the seventh child exposes the systematic exclusion that is going on within countries. Our recent report shows that these excluded children are from the poorest households, certain ethnic groups, living in neglected areas, and affected by conflict and emergencies. This reflects and reinforces deep inequalities in access to high quality care: while children from the poorest households face the greatest risks, they are the least likely to benefit from vaccine protection, accurate diagnosis and care.

A critical obstacle undermining countries’ immunisation progress is a lack of access to affordable vaccines. Prohibitive prices should not be a barrier to reaching children with immunisation, but unfortunately in many countries they are. The biggest price barriers come from much more expensive newer vaccines, such as the PCV, which can help protect children against pneumonia. While the vaccine has been made more affordable for CSOs working in humanitarian situations, it must be made more affordable for countries too so that more children can be protected from pneumonia. This is an area in which international cooperation can make a difference – for example, a vibrant public-private partnership, working through Gavi, the Vaccine Alliance, could have aid donors committing to purchase more vaccines in return for lower prices from pharmaceutical companies.

If the world acts now and acts decisively to tackle pneumonia, some 5 million lives could be saved and countless millions more episodes of acute illness avoided between now and 2030. We owe it to children across the globe – and we owe it to parents like Sahro.