New mRNA tech transfer hub to be established in South Africa. Facility will provide training and licences for vaccine development. Less than one per cent in Africa have been vaccinated against COVID-19. 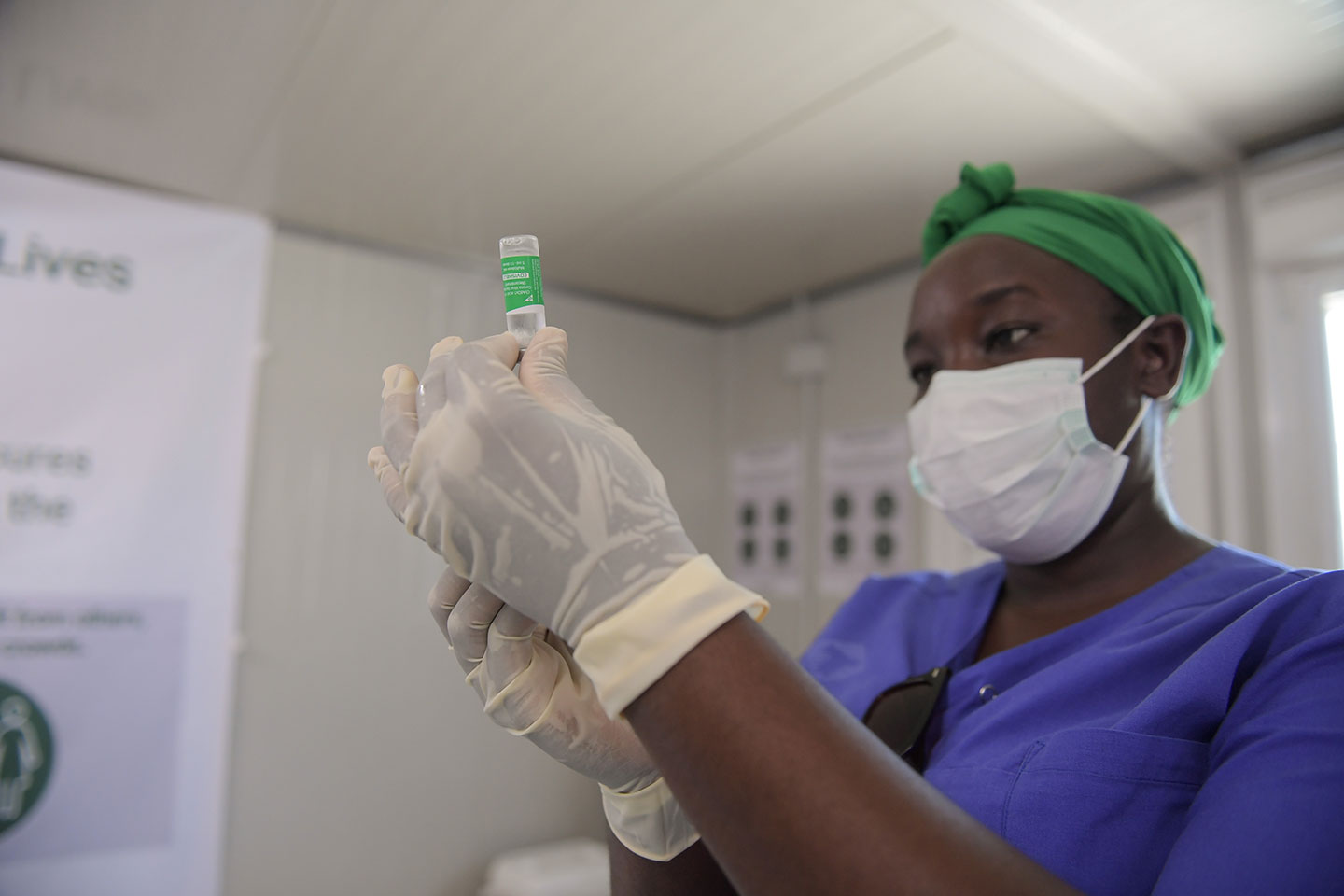 Messenger RNA or mRNA is an advanced technology that forms the basis of the Pfizer/BioNTech and Moderna COVID-19 vaccines. It works by teaching cells how to make a protein that triggers an immune response inside the body.

The WHO says the transfer hubs will allow mRNA technology to be established at industrial scale with training and necessary licenses provided for local manufacturers.

“This pandemic has demonstrated that low-income countries cannot rely on developed countries for their vaccine needs.”

The first tech transfer hub is to be led by a South African consortium comprising Biovac, Afrigen Biologics and Vaccines, a network of universities, and the Africa Centres for Disease Control and Prevention.

He said the number of COVID-19 cases and deaths in Africa has increased by almost 40 per cent this year, with the Americas and Asia also still facing high infection and death rates. Meanwhile deaths and infection rates in high-income countries with successful vaccination programmes have reduced.

The WHO has been calling for knowledge sharing and waivers on intellectual property to enhance technology transfer for local production, Tedros said. He also urged African countries to build vaccine and medicine production capacity.

South Africa President Cyril Ramaphosa told the press conference: “This landmark initiative is a major advance in the international effort to build vaccine development and manufacturing capacity that will put Africa on a path to self-determination.”

He said the initiative would help reduce the burden of COVID-19 in a continent where less than one per cent of the population are fully vaccinated, and provide training opportunities that could enhance regional science development.

WHO chief scientist Soumya Swaminathan said the UN agency and its partners will guide countries on how to manufacture vaccines, quality control, and necessary licenses to “facilitate a broad and rapid technology transfer to multiple recipients.”

Swaminathan said that it would take between nine to 12 months for the hub to start producing vaccines in South Africa and the WHO will review more proposals for technologies that can be transferred to Africa to increase vaccine production.

Ramaphosa added: “We see this as a step in the right direction but we still call for intellectual property waivers. This is the start of progress and a foundation for health security of the most vulnerable people.”

Quarraisha Abdool Karim, an associate scientific director for the Centre for the AIDS Programme of Research in South Africa, said that to close the gap in access to vaccines and diagnostic kits, Africa should be more proactive in health technology product development.

“For the new generation technologies such as mRNA vaccines, IP [intellectual property] access without this type of tech transfer is meaningless,” Karim told SciDev.Net. “This mRNA tech transfer initiative is really great news for Africa as it will start to build the capacity for producing its own COVID-19 vaccines to meet its needs.”

Although the hub could take several months to be established, Karim believes it has the potential to close vaccine access gaps in Africa.

She says the challenge lies in achieving a critical mass of laboratory technicians and scientists to implement the technology. “Sustainability will require private-public partnerships and political leadership and commitment,” she added.

This article was produced by SciDev.Net’s Sub-Saharan Africa desk.