Stories from the community
COVID-19Country stories

The animators of Nilgiri: Authorities turn to NGOs to bridge the trust gap in India

NGOs and local community leaders have helped turn the tide when it comes to vaccinations in the Nilgiri hills. 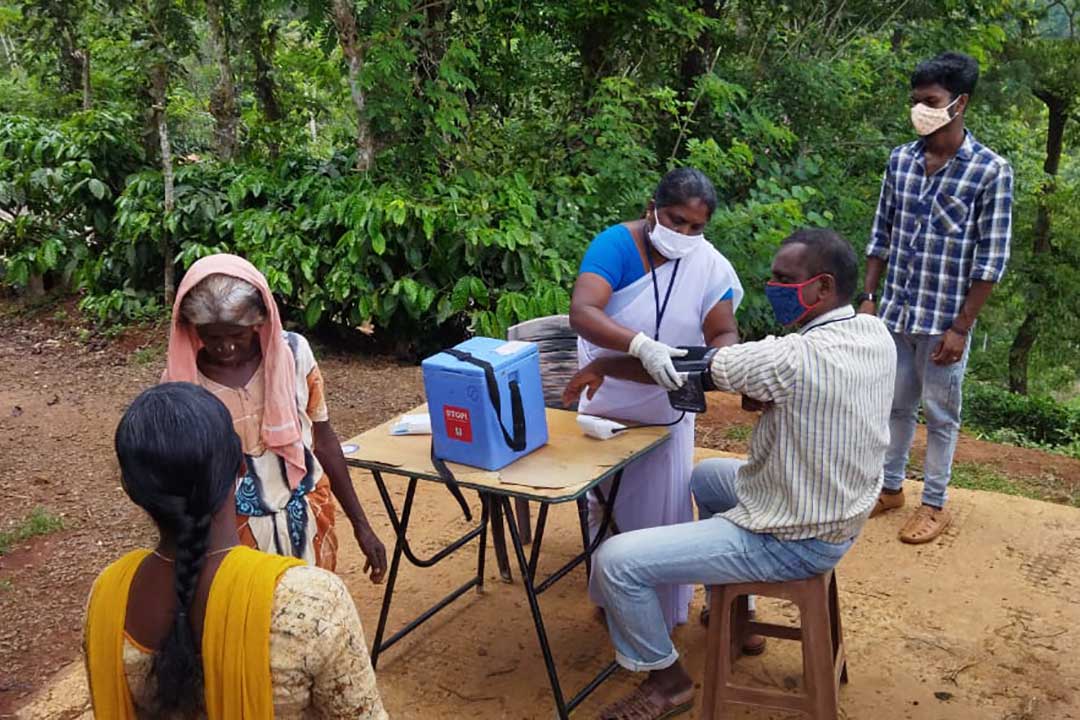 Bharathan Eramadu is a 56-year-old from the Mullukurumba tribal community, which resides in a handful of hamlets nestled between the tea gardens and verdant forests of the Niligiri mountain range in Southern India.

Eramadu has an interesting job title: an ‘animator’.

The role of animators become critical in times of crisis. During one vaccination camp, a minor argument between a government nurse and a tribal person escalated into the whole village threatening to boycott vaccinations. Animators were key in cooling down tensions and rebuilding bridges between the government and community.

The strange designation given to him by a local non-profit doesn’t mean he creates moving images or movies. Instead, it refers to his ability to motivate – that is, animate – tribal groups to prevent, monitor and get treatment for health-related issues. This ability to engage with the community has been critical in handling the COVID-19 pandemic. 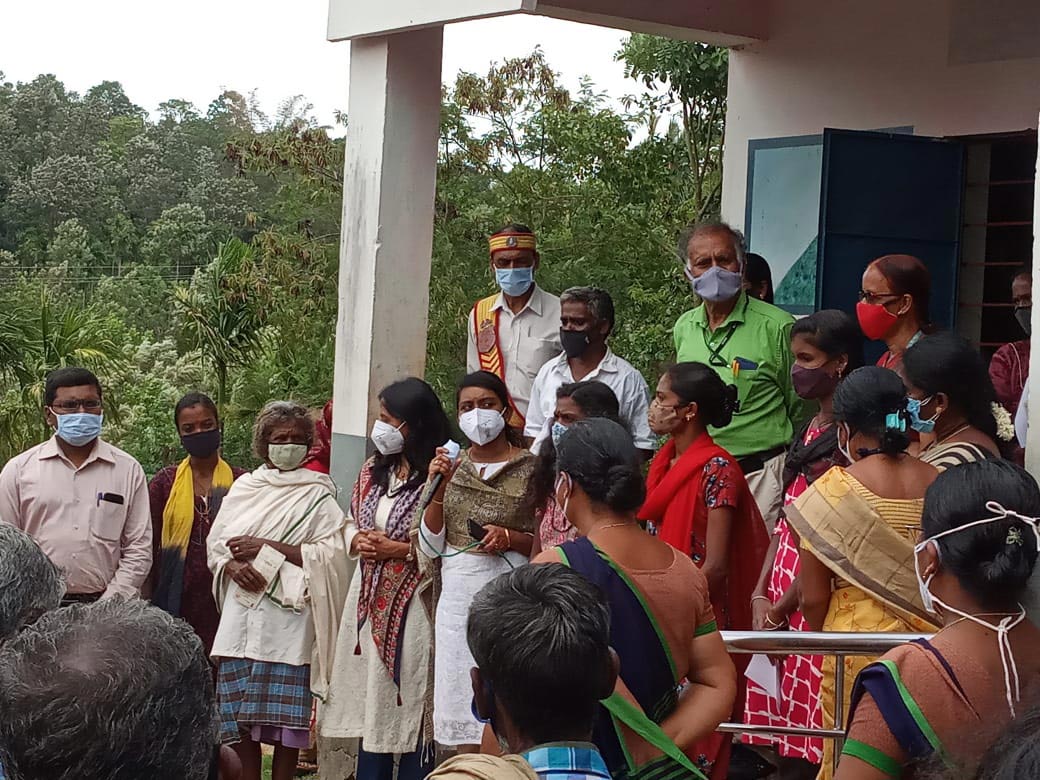 When the second wave of COVID-19 swept through the country’s populace, authorities in the Nilgiri hills realised they needed to act fast to protect tribal communities. There are four tribal communities in the region and all of them were considered by the Indian government to be “Particularly Vulnerable Tribal Groups” – that is, they were socio-economically disadvantaged and had a stagnant population of less than 20,000 people.

However, at the start of May 2021, things were looking bleak for local government authorities in Nilgiris. Misinformation, disinformation, a lack of awareness and suspicion of the government was keeping community members away from vaccination camps.

Just 3,000 out of an estimated 21,435 people had received vaccines despite India having started administering vaccines nearly four months prior. There were reports of households running away from villages or hiding because government doctors had come to the village. 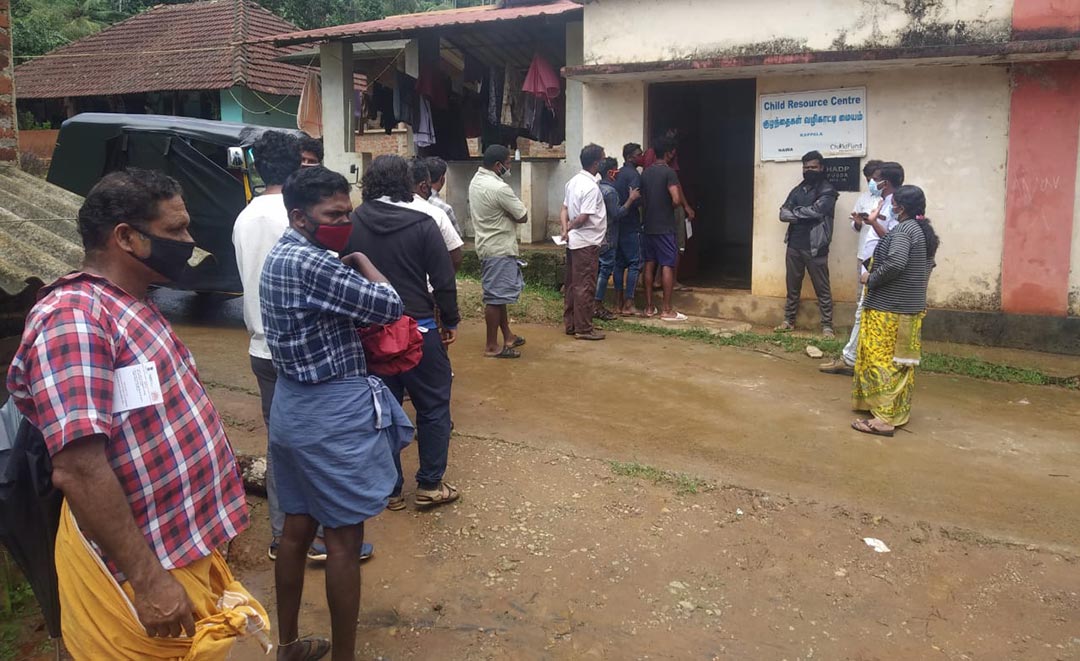 “Vaccines are a key line of defence to protect these vulnerable tribal communities. But there was some hesitation among members when it came to taking the vaccines. There was a lot of fearmongering through social media and on television about COVID-19 and vaccines. Most people here speak only their indigenous languages, and there was a lot of miscommunication,” says Supriya Sahu, the government officer monitoring vaccination rollout in the region.

They decided to tackle it by giving themselves the ambitious deadline of one month to complete vaccinations of all tribal groups. To achieve this, Sahu brought all non-government organisations (NGOs) under one platform and divided vaccination targets.

NGOs, in turn, activated their grassroot workers – particularly animators like Eramadu – to engage with tribal communities.

“Community members just don’t trust some government officials in these hills because of the difficulties faced previously when dealing with the bureaucracy on matters such as procuring key identification documents and community certificates,” says Eramadu, who works for the local NGO, Adivasi Munnetra Sangam (translated: Tribal Progressive Organisation).

“This distrust continued during the pandemic when tribal communities struggled to understand COVID-19-related isolation measures. They were distrustful of the vaccines too.” 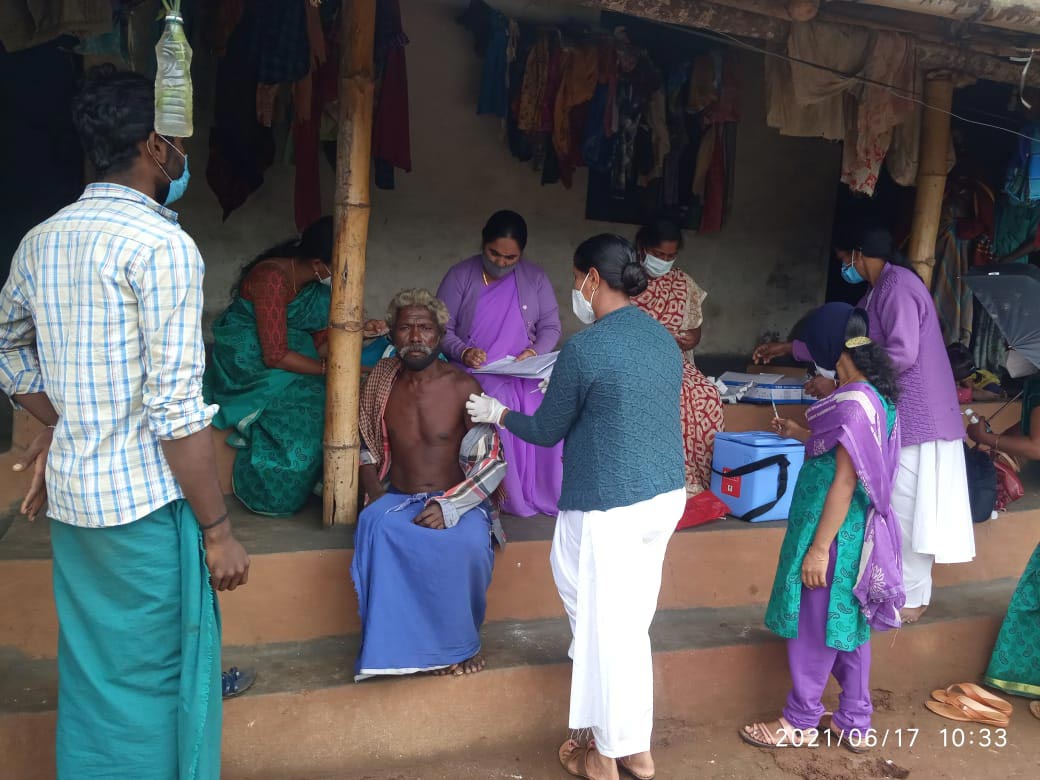 “This is where we come in. We are from the community and people trust us,” he adds.

Eramadu and other grassroots workers travelled from village to village, often spending up to two days in each to talk to tribal leaders to explain the importance of vaccinations. On vaccination days, Eramadu and others would be present to ensure it went off smoothly.

“We would accompany community members to boost their confidence, or do the paperwork for them so that they are not deprived of vaccinations for any bureaucratic reason,” says Eramadu.

At the same time, authorities modified protocols to enhance vaccine coverage, including introducing mobile vaccine camps and door-to-door vaccinations. Tribal communities were not expected to travel far for vaccinations.

“At vaccination camps, we encouraged staff and volunteers to take vaccines in front of the community members to show that it was safe. And a lot of planning was done so that no one was turned away because of shortage of vaccines,” says Sahu.

Among the NGOs roped in was ACCORD, a non-profit that was given the responsibility of vaccinating over 12,000 adults. Close to 32 people from the organisation were deputised to counter disinformation, convince tribal populations and coordinate with the government.

“We ensured that vaccine awareness messages were made in the native tribal languages. Having these messages in their mother tongue was effective in countering some of the misinformation,” says Stan Thekaekara, who along with his wife Mari and local tribal community members, started ACCORD in 1986.

ACCORD also used its network of animators and volunteers to build a database of eligible persons in each village.

“We could track the vaccination progress of each individual like this. Even if someone had missed the vaccination on a particular day, we could coordinate and ensure they were vaccinated as soon as possible,” says Thekaekara.

The role of animators become critical in times of crisis. During one vaccination camp, a minor argument between a government nurse and a tribal person escalated into the whole village threatening to boycott vaccinations. Animators were key in cooling down tensions and rebuilding bridges between the government and community.

These steps had an immediate effect. By the end of June, all eligible community members were vaccinated. Months later, the process of giving the second dose and booster shots similarly went off smoothly.

The animators of Nilgiri: Authorities turn to NGOs to bridge the trust gap in India