Can the BCG vaccine protect against COVID-19?

While researchers racing to develop a COVID-19 vaccine, the potential of the BCG vaccine – used to prevent TB – to slow the pandemic has been hotly debated. New research suggesting that the BCG could prevent severe COVID-19 disease has made headlines, but until we have the results of clinical trials, it’s too early to draw conclusions. 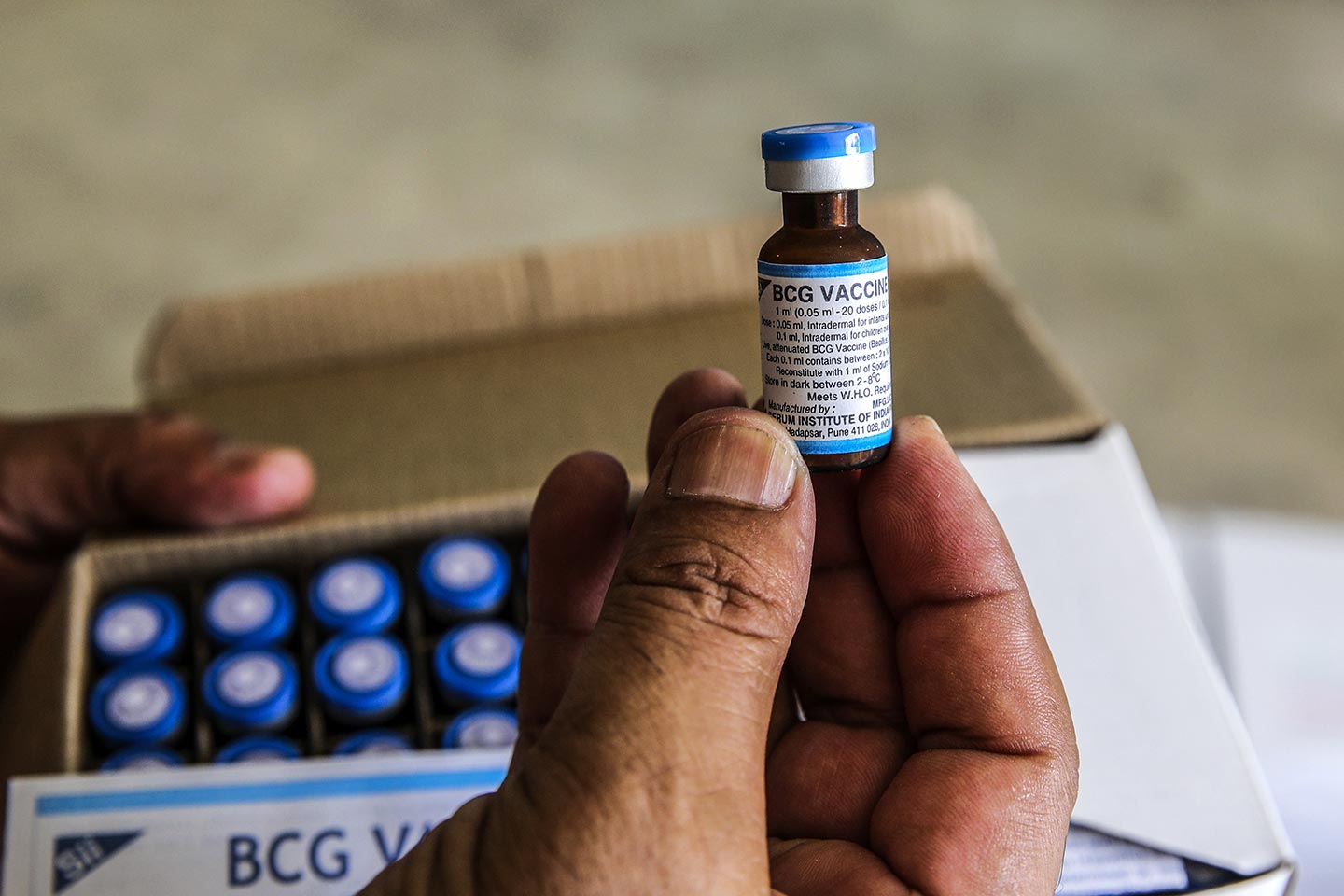 Almost 100 years old, the Bacillus Calmette–Guérin (BCG) vaccine protects against some of the deadliest forms of tuberculosis (TB), a bacterial infection that was responsible for 1.5 million deaths globally in 2018 alone.

The BCG vaccine was first given to humans in the early 1920s, but its use didn’t become widespread for decades, following continued research into its safety and effectiveness in the 1940s and 1950s.

A review of evidence in the early 1990s concluded that the BCG vaccine is unreliable in protecting against lung-based TB, the most common and infectious form of the disease. This led to several countries stopping its inclusion in routine immunisation.

Even so, the vaccine is still saving lives. Research indicates it is around 70-80% effective in protecting against the most severe forms of TB, such as TB meningitis in children. Today, one dose of the vaccine is given to newborn babies living in countries with a high rate of TB, such as India and Ethiopia, or to those likely to be exposed to the pathogen, including medical workers.

So why is the BCG vaccine causing such a stir amid the COVID-19 pandemic?

During its long existence, an array of evidence has emerged to suggest that the BCG vaccine may also offer beneficial off-target effects, providing some protection against not just some forms of TB but other diseases as well. This is because it appears to help boost the immune system. Given that health organisations across the world are urgently looking for ways to treat and prevent the spread of COVID-19, until a vaccine is developed, some attention has now turned to the BCG vaccine.

In theory, it would be a very attractive option as its safety has long been established. This means, if it was shown to have some form of prophylactic effect on COVID-19, it could potentially be given to large numbers of people who have not yet contracted the disease, to reduce its spread and the number of people who go on to develop severe symptoms. However, there is still not enough evidence to draw any conclusions.

What we do know is that, the way in which BCG vaccination reacts with the human immune system suggests it can have general immune-boosting effects. When scientists have compared the immune systems of people who had the BCG vaccine with those who have not, they discovered that the immune cells that first respond to disease in BCG vaccinated people are more alert and ready to act on a potential threat.

An alert immune system means the body is better prepared to fight disease. This idea has been supported by studies carried out in babies born in Guinea-Bissau. These suggested that the vaccine may help reduce child mortality beyond what you would expect by preventing TB alone.

Reports from controlled medical trials also suggest it could reduce the likelihood of people getting other respiratory infections, some of which are caused by viruses with a very similar form to COVID-19. Even if it can’t stop people contracting the disease, certain data suggests that there is a chance it may prove helpful in reducing the severity of symptoms responsible for the pandemic’s death toll.

What research is being done?

A number of research teams are taking a closer look at whether receiving a dose of the BCG vaccine may prevent or help people fight off a COVID-19 infection and reduce the number of COVID-19-related deaths.

A study looking at the global linkage between the BCG and COVID-19 found that there was a significant inverse correlation between the ‘BCG index’ or how well the BCG vaccine was deployed in a country and deaths from COVID-19. The researchers only looked at mortality because while there are many conflicting counts of cases and deaths for many countries, the death count is more likely to be accurate. They found that every 10% increase in the BCG index was associated with a 10.4% reduction in COVID-19 mortality. They saw high mortality rates in France and the UK than Germany or Scandinavia and suggest that where the BCG vaccination was given to older children (as in the UK), it may have missed a “critical window” early in life where BCG vaccination could have resulted in lifelong enhanced immunity.

Both groups of researchers acknowledge the major variables involved in pandemic response that could affect the number of deaths, such as the quality of the health care system by country, surveillance systems, and testing capacity.

This means that we will only know for certain if the BCG vaccine works against COVID-19 once the results of a number of clinical trials have been fully scrutinised. Because of the urgency, scientists from four different countries have already assembled and kicked-off a number of studies to see if the vaccine can help protect those on the pandemic frontline.

A team in the Netherlands have made headway in recruiting 1,000 healthcare workers in eight Dutch hospitals to see if it has an effect on the amount of sick leave taken. Nurses, doctors and other key hospital staff will either get the vaccine or a dummy drug (placebo). Comparing the number of sick days between groups is a good way of judging if the BCG vaccine could reduce the severity of COVID-19 side effects and provide some protection against the disease.

Researchers in Australia have also launched a very similar trial and are hoping to study more than 10,000 healthcare workers, tracking their progress with email surveys and text messages.

A new, experimental type of BCG vaccine called VPM1002 is another interesting candidate. A study in Germany is testing whether it can protect healthcare workers and older patients from COVID-19, following research on mice, which showed it can protect against other viral lung infections. Mice infected with influenza were also found to have lower levels of influenza viruses in their blood if they were given the BCG vaccine beforehand, hinting the vaccine may be helping the immune system mop up the virus.

Why can’t we start giving BCG vaccines for COVID-19 now?

The fact is we don't yet know if the documented positive off-target effects of the BCG vaccine carry over to COVID-19. In terms of treating TB, the current vaccine only really has beneficial effects in children, so there is a big question as to whether it will have any positive impact on adults at risk of catching COVID-19. There are also questions over which form of the vaccine will be most suitable.

At the moment, whilst we don’t know if the vaccine actually has any positive effects, resources should be reserved for those who can benefit most. Even though the BCG vaccine is not as effective against TB as we would like, it’s still the best form of prevention available. And supplies are not unlimited.

Production of the vaccine has been problematic in the past and at times there have been global shortages, meaning that many children have been exposed to TB who might otherwise have been protected.

Ultimately, more research is needed before we scale up BCG vaccination to protect people against COVID-19.