The science behind COVID-19
COVID-19Routine immunisation

Can routine immunisation be carried out safely during COVID-19 pandemic?

How does the benefit of stopping the spread of coronavirus weigh up against the risks from diseases such as measles? 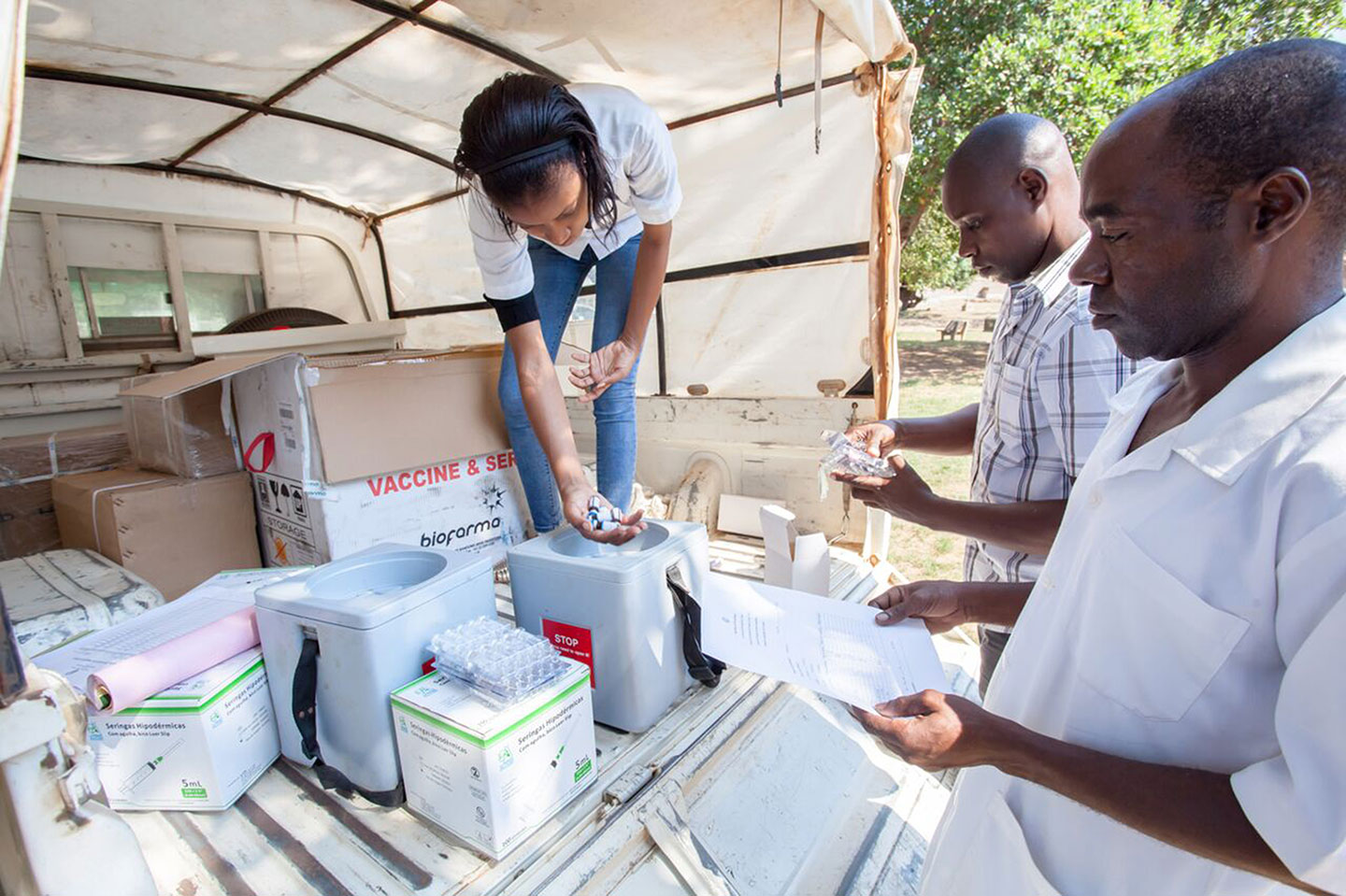 When properly used, vaccines can save huge numbers of lives. Since 2000, immunisation has helped halve child mortality in Gavi-supported countries. Childhood immunisation against diseases such as measles and Haemophilus influenzae type b (Hib) induced meningitis protect hundreds of thousands of children, especially in low- and middle-income countries. Measles vaccination alone has prevented 32 million deaths since 2000.

Ensuring that lifesaving vaccines get to those who need them has been at the core of Gavi’s work since it started in 2000. Since there is no vaccine to prevent COVID-19, other measures such as physical distancing and quarantine have been implemented by many countries to slow the further spread of the virus.

However, these very measures are now threatening to undermine efforts to save lives through immunisation.

On 26 March, the World Health Organization recommended that while routine immunisation programmes should continue, mass vaccination campaigns should be temporarily suspended because they could increase the spread of the coronavirus in communities. In the event that there is an outbreak of a vaccine-preventable disease, such as measles, countries are now advised to weigh the risks and benefits of conducting outbreak response. This means considering factors such as whether the local health system has the capacity to conduct a safe and effective mass vaccination campaign in the context of the COVID-19 pandemic.

This would not be the first time that countries have had to face challenging decisions when trying to tackle one infectious disease without undermining efforts to prevent outbreaks of another. In the Democratic Republic of the Congo (DRC), which has been battling an Ebola outbreak for two years, a measles outbreak has already killed 6,500 children and is spreading rapidly through the country. By contrast, the Ebola outbreak has killed 2,264 people. This could be just the first of many lethal measles outbreaks as 20 countries have suspended campaigns against the disease as health care workers divert their attention to fighting COVID-19. Resurgences of polio could be next as campaigns against this disease have also been halted.

Their results are preliminary but striking: for each COVID-19 death prevented by suspending routine immunisation, they forecast there would be at least 29, and as many as 347 future deaths resulting from a range of diseases including measles, yellow fever, polio, meningitis, pneumonia and diarrhoea.

This is working on the assumption that in the coming months, all African countries will be as affected by COVID-19 as non-African countries have been early on in the pandemic. The estimate also assumes that there are no efforts to go back and vaccinate, or “catch-up” children who were not vaccinated as scheduled during a suspension, and that without a suspension, routine immunisation would reach as many children as it would otherwise during the pandemic.

The researchers point out that those who are maintaining physical distancing to stop the spread of COVID-19 are also at reduced risk of other infections, although they don’t expect such measures to work for especially contagious diseases such as measles or pertussis. But once physical distancing measures are relaxed, without the continuation of routine immunisation there would be millions of unvaccinated children vulnerable to deadly diseases.

If countries do decide to continue with routine immunisation during the COVID-19 pandemic, they will need to work out ways to reduce human contact. For example, between other families waiting or health care workers, or on public transport when travelling to the site. Vaccinators will be at high risk of infection because of the sheer numbers of people they will be coming into contact with, and will need to maintain stringent standards of infection prevention such as wearing suitable personal protective equipment and frequent hand washing.

In addition, whether or not a country suspends immunisation services, it will be critical for it to provide catch-up immunisations for any children who missed their vaccines due to the disruption caused by the COVID-19 pandemic.